Music! I can't imagine anyone who doesn't love music! If you enjoy music and it makes you happy, then get ready for one rockin' ride. Of course, I can’t cover every group of music out there, so some of you who like music will more than likely leave unhappy. However, first, make sure you leave your comment! Tell me what you would have liked to see. You know, nicely, without insulting me. Remember everyone has different tastes.

Sure, some of you out there may not like Metallica, but they’re cool! Have you ever heard the song “One” by Metallica? It’s pretty awesome. This is a metal band that comes from Los Angeles, California. They were formed in 1981 and today, they are still going strong.

Yeah, this is another nice band that I like to listen to. They are well known for their song “Kryptonite.” Who here has heard that song? They are an American rock band from Escatawpa, Mississippi. They formed their band in 1996. Wow, they’re that old? 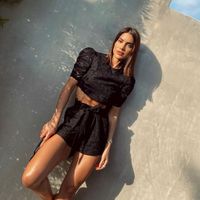 16 Simple Ways to Practice Self Care when Youre in a Funk ... 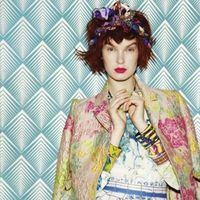 7 Easy and Effective Ways to Treat Scrapes on Your Skin ...

Or ICP for short is a pretty cool band that I like listening to. I find some of theirsongs funny. For instance, have you ever listened to “Chicken Hunting”? They are an American hip hop duo from Detroit, Michigan.

I am going to admit it – I like Westlife and I have liked them ever since I was ateenager. They have taken old songs and remade them. I know, I’m not really into boy bandsand shame on me, but hey, I couldn’t resist this one! They are an Irish pop group that was formed in 1998.

I do love a good band from the UK and believe that N Dubz has a lot of potential and I like their songs. They are a British Hip Home group that come to us from London. Their accent is wicked! I think of them as a UK Eminem.

How can I leave Aerosmith out of the picture? They are an American band. Surely, you have heard of the song “Pink” before. It used to be one of my favorite songsby them. That and “Janie’s Got a Gun” is pretty cool! Aerosmith was formed in 1971. Wow, they’re…old?

4 Korn (that is with a Backwards R)

Korn! They have some pretty good songs, such as “Twisted Sister” and “Politics.” My husbandlikes them and I admit that I like many of their songs. They formed their band in 1993 in Bakersfield, California.

Kurt Cobain – R.I.P. It is said that he committed suicide in 1994. The band was formed in 1987 and I continue to listen to his songs, long after his death. I have even learned to play some of his songs on the guitar. When listening to his songs, he seemedto be depressed. How can someone like that be depressed? I guess it can strike anyone at any time, even if you are famous and have a lot going for you.

How could I forget distant relatives? Vanzant is an American musical duo that is composed of Donnie Van Zant and Johnny Van Zant. They are brothers. Ronnie Van Zant was also in the group when they were called Lynyrd Skynyrd. Ronnie Van Zant died in a plane accident. Donnie is also the leader and vocalist of .38 Special. Sweet Home Alabama!!

And at number one, I simply had to place my all time favorite...Pink Floyd! They've got to be one of the most universally revered band of all times and can you really question why. They made real music if you ask me...the kind that touches your soul. I'd really need a lot more space and time to rant about why I like them but instead I leave you with my favorite Pink Floyd songs of all time..."Wish you were here" and "Comfortably Numb", which is only like thegreatest breakup song ever!

Special mention: Now I know, Eminem is not technically a band but I can't leave him out of a music blog post. He has gone through a lot of obstacles, including addiction and a cheating wife, but has ultimately found great musical success. He raps about his life. I also think it’s cute how he shows love to his daughter, Haley, in some of his songs. Eminem’s new release titled “Recovery” is finally out! I'm sooo excited!

There you have 10 must listen to bands according to me. Now, tell me what bands you do like?

inspiration
16 Simple Ways to Practice Self Care when Youre in a Funk ...
diet
8 Essential Healthy Eating Tips for Teens and Preteens ...
health
9 Ways to Fight Seasonal Affective Disorder to Be Happier and Healthier ...
wedding
Wedding dress with roses on skirt
skincare
7 Easy and Effective Ways to Treat Scrapes on Your Skin ...

What is thong used for ...
What to comment on bfs post ...
How do i know if i'm losing interest in my boyfriend ...
How to dress to your boyfriend house ...
What should my sugar be after eating ...
Is glucose vegan ...
How to draw eyebrows easy ...
How to tell your best friend you love them ...
Why does greasy food help hangovers ...
How do you know if you're losing feelings for someone ...