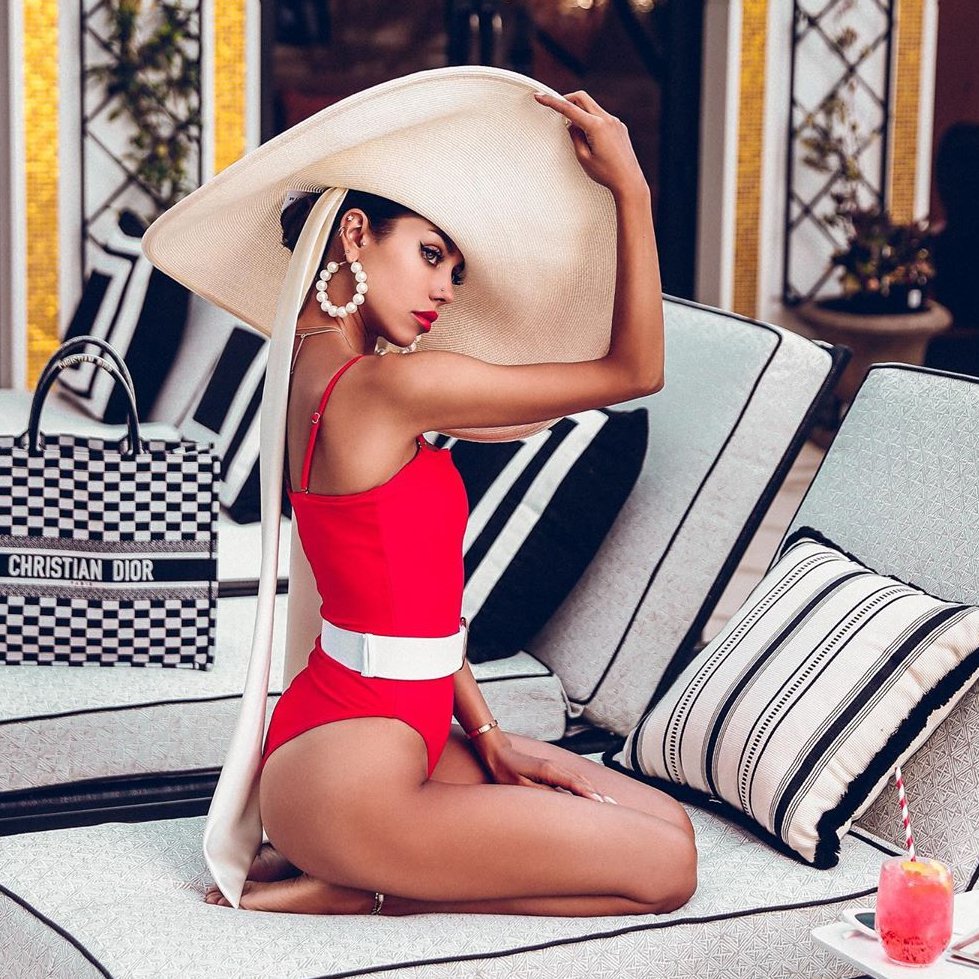 Yesterday morning I accidentally ran into my old friend Liza who is a furniture designer of 33 **happily married to an older and bolding investment banker Cliff (sorry, but I had to change names of these two and now you will see why).

As I was saying, I met Liza yesterday walking my dog at 5 in the morning and she still had that Friday night out look** with a bit smudged smoky eye hailing a taxi and kissing right in the street with a handsome stranger. That tall drink of water was not her Cliff. As a matter of fact, Cliff was supposed to be in Europe for the next 2 weeks...

As soon as I saw them I knew that the awkward moment could not be avoided - I could not just run away - she would have recognized my back and my dog Alba which would have made it even more awkward afterwards.

Later that day Liza called me and we met for lunch. After the 10 minute "catch-up" chat she decided to bring up the "morning" topic, my face blushed like I was the one partying with another man. Anyway, here is what she said (not word for word, of course, but you will grasp the idea):

It's just an old friend of mine, we went to college together and he was in the city for the weekend. It's not as if it was serious or anything, just one time thing, I love Cliff and Cliff loves me, I would never get into anything that could end our **marriage... And last night it was just fun. I hope you understand.

I knew women were **cheating, I cheated myself but I did not know that women in great relationships cheated too. Do we?
I decided to ask a few more friends:

I cheated on my second husband once - when my girlfriends and I were in Las Vegas - I was so drunk I do not even remember his name... or his face... I would not recognize him in the street. After this I had that "guilt" feeling for almost 6 months, every time someone said Las Vegas I would blush. The first day I got home it felt like it was all written on my forehead, I still can't believe we lived for 2 years after that without him knowing of what happened. Till the day we were filing for a divorce.

I never **cheated on my husband, I would have died of shame if I did and he would have found out, he is so honest and loving... He's just gave me this Tiffany bracelet for our **2 months ****wedding anniversary, look!

I never cheated on neither the 1st, the 2nd or the 3d bastard I've been married to, somehow they always were first to 7 Tips if You're Tempted to Cheat ... @Alison on me, assholes, all men are assholes!

"I think women crave more emotion sometimes, than what their partner gives and sadly are misguided into thinking an affair and sex will help when it's the emotional side they are missing."
Barbara Siragusa, 50, Beauty Cast Babe

"For me personally, there's always got to be love, care and respect to consider it a great relationship, and I'd never cheat if I had something like that, even if I felt the need to spice up my relationship I'd let him know what I want to solve it together and avoid cheating!"

"Yes they do, I know from experience. Unfortunately most girls are just like most guys. they are never satisfied with one person and they like variety. no matter how good he is he is always gonna lack something(even the most petty things) and girls place way too much importance on that and look for it in someone else instead of appreciating all of the good things he has."

"The weakest point why cheating do occur is sexual dissatisfaction. This fire only burns during honey moon and completely dies out in the face of reality of hard work and busy schedule. A man fails to combine both his work and bedroom fatigues thereby causing loss of desire towards his wife. A woman still in high libido will look through the window for what can cool her fire."

"Yes, women can cheat while in great relationships, i did, i was suffering from depression, i thought i hated my partner, i thought he hated me, i felt like i had failed as a mother, a friend and as a person, i became desperate to find a way out, i found it in another man... my relationship was great, but it was me that needed help."

I cheated on my first **boyfriend** back in college - I was going out with another guy for about 4 months and they both had no idea of what was going on. Maybe my old boyfriend decided not to notice flowers and my late nights out and the new one was too busy to pick me up right after classes. I finally had to break up with both of them, because somewhere in the middle of this mess I met this third guy who is my husband now.

Special thanks to the girls who gave their opinion on the matter.

• Is He a Cheater? 10 Obvious Signs of Cheating
• 7 Days Step-by-Step Instruction on How to Revive Your Relationships by Making Your Man Jealous
• Building a Long-lasting Relationship
• Cheating Love
• 10 Most Common Relationship Deal Breakers
• 7 Signs Your Spouse is Cheating…
• 7 Ways To Leave A Bad Relationship