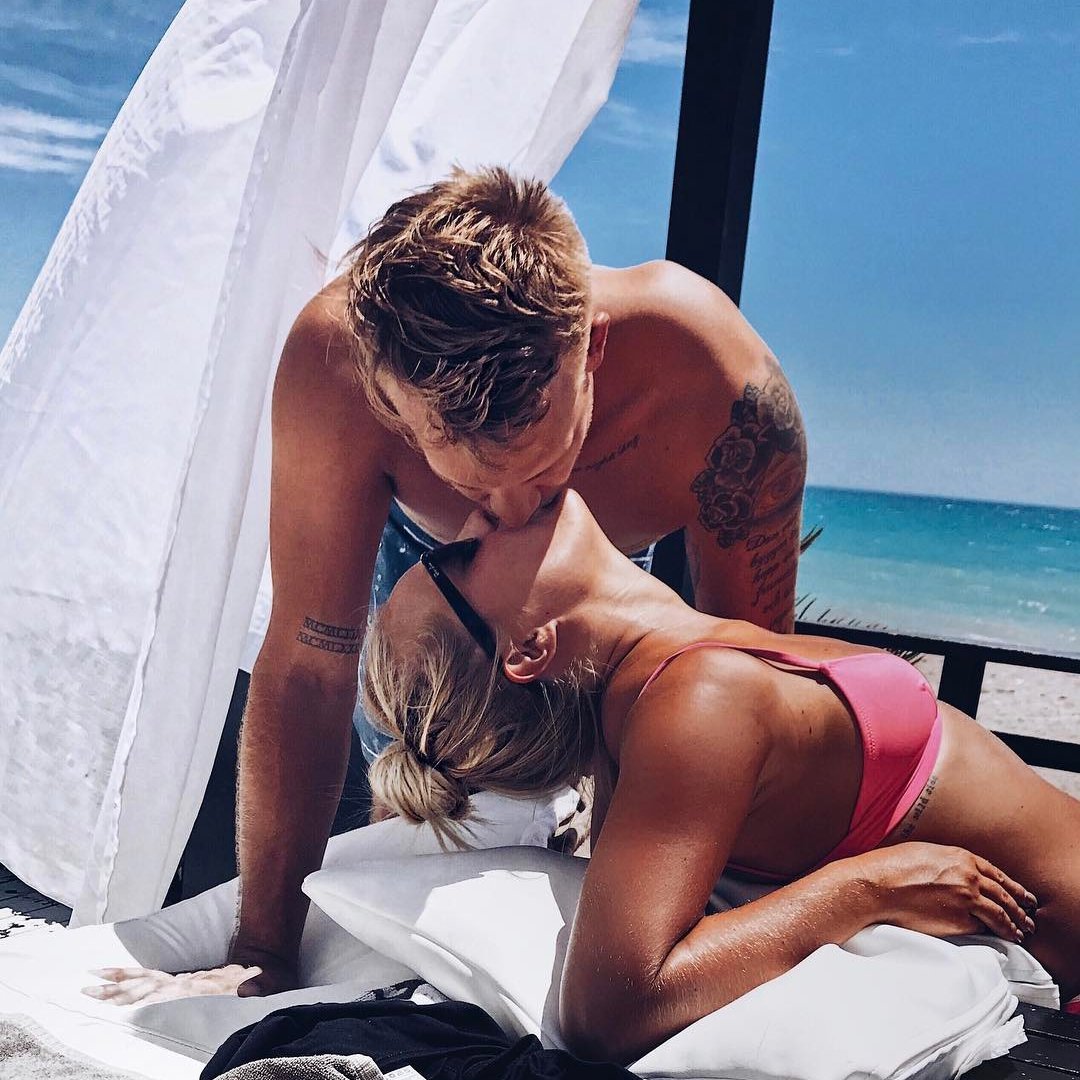 Reviving your relationship takes a concentrated effort, but you can speed it along with these juicy tips to make him see green! Time can take a toll on your marriage. After the first few honeymoon months, you will notice the ‘magic’ and ‘romance’ fade away a little. Your man may hardly notice when you walk into the room. He’s too busy watching the football game or just sitting there doing nothing. When that happens you know it’s time to do something about it!

1. Mirror, Mirror on the Wall

Take a good look at yourself. When was the last time you had a sexy haircut? Get an appointment with your hair salon for a body wax, manicure and a pedicure. You can’t make anyone jealous if you look like a yellow toothed gorilla. Add some color to your hair and look clean, and get ready to take on the world.

2. Pamper Yourself a Bit

Remember the money you’re saving up to buy him a new tie? Spend it! Buy a pair of elegant black pumps. Move over to the lingerie section and get something strappy, a little bold but not too flashy. Subtlety works like magic! When you get home, leave the package at some obvious location. You don’t have to open it all out. Just leave a little bit of lace peeping out of the cover. Don’t mention it when your man comes home. Don’t even wear it for the next week. He’ll wonder why you bought such awesome innerwear when you were not planning to use it!

Avoid sitting at home and calling up your man to ask him when he’s coming back from home. Be independent. Get a hobby to keep yourself occupied. Find friends who are not common to his. Make plans to keep you busy in the evenings. You want him to know that you have a life and that you are a happy and independent women of the 21st century. If he doesn’t have time for you, then you are not going to wait around forever.

Make sure that the gym that you join is unisex. Mention in passing the names of a couple of ‘male’ friends and how they’re so regular to the gym. Also mention how you appreciate that they’re putting so much effort into looking good. If you have a personal trainer, then all the better! Don’t forget to talk about his biceps.

5. A Bouquet of Questions

If Valentine’s is around the corner, make a pact with your girlfriends to send each other red roses. Don’t include a card. When it arrives, look happy. Don’t prance around him asking if he sent it. Act like it’s just another day. After you’re done with the cooking, take a bath and change into something nice before you sit down to dinner. Don’t look surprised, if he compliments the food today (even if it’s just broccoli).

If you have a good looking single neighbor then call him over to fix the leaking tap in the kitchen or get him to help you with the gardening. Ensure he’s still around when your man gets home. Soon he’ll be looking around for things to fix up at home!

If you really love your man, there’s no need to go all out to hurt him. We just want to nudge him in the right direction. Sometimes a heart to heart talk can revive a marriage like nothing else. Sit him down, tell him that he’s the love of your life and nothing would ever come between you. Men need to feel needed. And if you’re a emotionally strong, sexy, entertaining and loving woman then there’s no reason why he wouldn’t want you around.

If he normally only sees you one-on-one, it's time to invite your girlfriends over to the house. That way, he'll get to see a whole new side of you. When he notices how easily you can make your friends laugh and how much they love you, it'll make him jealous he's not a part of the fun. Of course, you should always invite him to join in.

This one is tricky, because you want a guy to check you out, but you don't want to reciprocate any feelings out of respect for your boyfriend. The trick is to wear something that really shows off your body when you go to a place you know a lot of single men will be. Whenever a guy catches a glimpse of you, your man will be jealous that you're getting attention.

When you go out with your friends, it helps to have proof of the fun times you had without him. Snap some photos and post them on Facebook or just show them to him when you get home. He'll be jealous that you were having tons of fun without him around.

When he texts you, don't respond right away. You shouldn't keep him waiting for hours, but you should wait long enough that he'll be wondering what you could possibly be doing. It's a simple way to get his mind going.

If you have a group of guy friends, hang out with them. As long as you don't cross any lines, your man has no right to be angry--but he'll definitely be jealous. He wants you all to himself, even if he hasn't told you that in a while.

Even if you haven't seen your guy friends in forever, mention them in a conversation. Your man might get jealous over simply hearing his name. You could also leave your phone on the table when another guy is texting you, so that your man sees just how social you are.

If he asks you about your new male coworker, go easy on the details. The less you say about him, the more your man will wonder about how attractive he is and how well you two get along. Less is more, as they say.

Even though you've never been in the same room as your favorite celebrity, your man will still get jealous when you go on and on about him. That means that you could make him jealous just by watching a certain show or movie with that actor. The more interested in it you look, the more jealous he'll become.

16. Look Good for Everybody else

If you don't dress up for him, but you dress up to hang out with other people, he'll be super jealous. He'll be wondering why you don't care about him as much as you care about them, so make sure you remind him of how much you love him at the end of the day.

If you show him that you don't care about his attention, he'll probably give you more of it. People are funny that way. So if you want to make him jealous, act like you couldn't care less if he was jealous.

Your man doesn't have to see someone else hit on you in order to be jealous over it. If you casually mention that your coworker asked you out, he'll be just as jealous as he would've been if he watched the whole scene unfold in person.

The easiest way to make others jealous is to enjoy your life. When they see how happy you are, they'll want to be a part of it. It's as simple as that, and you won't be hurting anybody.

As long as you don't hurt your man, there's no harm in making him a teensy bit jealous. Of course, in a healthy relationship, you two should be able to work out your issues without resorting to these tactics. Does your man get jealous easily?