Every woman needs to know these obvious signs of cheating. Why? Well, no relationship is foolproof, least of all a marriage. And sometimes, when you've been with each other for so long, trouble may show its ugly face in the form of an extramarital affair. If and when that happens, you need to be prepared...starting off with knowing how to identify these 17 obvious signs of cheating...

So your husband has always been one of those guys who never bothered looking into the mirror more than once, never tucked in his shirt unless he had to, never cared that his socks were smelly, never wore deodorant unless you begged him to, but suddenly there's a metamorphosis. There are new clothes, haircuts, new shoes, maybe even a manicure and pedicure! Now, there's nothing wrong with taking care of yourself and wanting to look good, but when it's an overnight change, when you literally wake up to realize that your former slob of a husband has suddenly started to make a serious effort in the looks department, something is definitely brewing.

How to tell if he is cheating online? Read more!

In all possibility, your poor husband could be working overtime just so that he can afford that necklace you wanted for your birthday or maybe there are other reasons for him to stay out of the house. Has something been bothering him at home? Has your relationship been very stressful of late? Have you spoken to him about it? Never assume that just because he's staying late at work, he's cheating. But if you have ruled out other options and can't see any other reasons for why he's unreachable at work, the unexplained meetings and sudden business trips, it's time to find out what's happening. The simplest way to find out the truth? Check his salary stub. If he has indeed been working overtime, his salary stub will show it. So get a hold of it and you might just be able to catch him cheating on you. 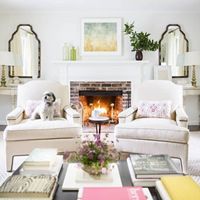 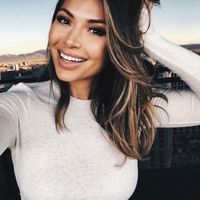 Get Radiant Skin This Spring with These Tips ...

Gone are the days when your husband was more than okay with a bunch of old pizza boxes lying around in that junk of a car and having it smell like someone died in it. If you notice that he's suddenly been keeping his car squeaky clean to the point where he doesn't even want your hair brush in the glove compartment or toys on the back seat, it could be a sign that he's a) trying to do away with any indication of having a family, or b) using his car for “extracurricular” activities. You need to put on your spy glasses immediately and find out what's happening because this is quite an obvious sign of cheating.

This one is such a classic. Imagine this, you are folding your husbands shirts when you chance upon a long blonde hair clinging to one of them. Now that's perfectly fine except you are a brunette and your children have brown hair! If you notice a trend with this hair thing, maybe it's time to question him. If your husband is having an extramarital affair, you better hope she has a hair loss problem. It will make your detective work so much easier. Maybe you should collect all the blonde hair, put them in a sachet and throw it on his face when you question him after you have confirmed that he's cheating on you.

5 Shy to Be Shirtless

I remember this is how a friend caught an ex boyfriend's secret affair. Wearing a winter scarf in summer does not exactly scream faithful. Oh well! Here are some signs that he might be trying to hide an unexplained bruise: If he is suddenly "shy" to change in front of you; if he makes sure that the two of you only have sex in the dark; if he wants to shower with the bathroom door locked out of the blue; and if he usually walks around in just his shorts but lately has been covering himself up more than necessary. Could there be a more obvious sign of cheating?

If you ask him to catch up for lunch and he politely declines over and over again, making up ridiculous excuses, maybe he's busy doing something else during lunch break. Pay him a surprise visit at work, picnic basket et al, and see what you find. And as if that wasn't bad enough, he seems increasingly disinterested in the dinners you cook him even if they are his favorite dishes. He either has a bad tummy or just doesn't feel like eating. Well, he's gotta be eating somewhere and with someone, and a guy can only have so many "boys’ nights out."

You HATE floral fragrances, so what's your husband's laundry doing smelling like it? Not only that, he reeks of it when he comes home late from work and even when he comes home supposedly after a guys’ night out. The nauseating smell becomes increasingly familiar and it's not yours! Women have a keener sense of smell than their male counterparts and you should use it to your advantage. If you are a hundred percent sure that you're not imagining it, work up the guts to ask him something like, "What's that new perfume you're wearing? Isn't it a little too floral for a man?" Watch his reaction. If he cringes or seems surprised even for a second, you know something's up.

It's funny when men think they can lie to you and get away with it that easily. They obviously aren't aware of our ridiculously strong radar that can smell a lie a mile away. Now we all indulge in little white lies every now and then, and that's okay. But if you notice that your husband has been lying to you way too often, if he hasn't been looking you in the eye when asked where he was or why he's late and if he has one too many excuse for his actions, confront him. Too many cover ups = trouble.

So you notice a sudden increase in your husband’s online activity. He is on his laptop ALL the time and you know it's not work related. He is suddenly very active on social networking sites and it's not just old friends he's catching up with. He even has new email accounts that you don't have the password to. Tip of the iceberg: When you suddenly walk into the room, he closes chat windows or the laptop screen itself and seems uncomfortable. Is he trying to hide his communication with someone? Possibly. If curiosity gets the better of you, try to look up his history to see if you can find something and if it has been erased, you know he definitely has something to hide.

It's your turn to bring in the mail and you happen to glance at your husband’s bank statement. And what do you see? A couple of confusing charges. Maybe some payments made to a lingerie store. Now you know he didn't get you anything and obviously he wasn't buying himself a thong from Victoria's Secret. And then there's that charge by a jewelry store and one too many payments made at nice restaurants. You would know if you were at dinner with him and you very well know that you haven't received any gifts from him in months! Just make sure your birthday or anniversary isn't around the corner before you scream at him asking him who he's buying all this stuff for.

When was the last time the two of you got hot and heavy? When was the last time you even kissed passionately? Has there been a serious slack in the bedroom department? Now all couples have their ups and downs, and dry spells are as common as snow in winter. But if you've been "dry" for way too long and any effort you make is being met with a negative response, maybe it’s time to bring it up.

Do you ever catch him talking in a low voice or quickly finishing conversations when he sees you? Does he always keep his phone close by or leave the room when he gets a call? A person who isn’t doing anything wrong has no reason to do any of the above. If he’s not planning a surprise for you, there’s no reason to be so secretive when he’s on the phone! If you haven’t already asked what he’s up to, start asking!

Have you noticed an increase in arguments and fights lately? Does your partner get upset over silly things and storm out of the house? This can be a way for him to cool off or it could give him an out to leave and meet the other woman. If he’s looking for reasons to get mad and leave, try to resolve the issue before he leaves to see how he reacts.

14 He Accuses You of Cheating

Another one of the signs of cheating is when he accuses you of cheating. It might seem weird, but many people do this because of the guilt they feel for cheating. If he has no reason to suspect that you are cheating, there should be no reason for him to accuse you of it. The next time he brings it up, try talking to him about it and asking him why he feels this way. He really has no reason to be accusing you!

Having a sudden need for privacy can be another red flag of a cheating partner. Just like with the secret phone calls, if he all of a sudden feels the need to have his privacy and private time, you have a right to be suspicious. Trust is a huge part of a relationship and it’s very suspect that your man would want to start keeping things from you. If he desires more time alone along with some of these other signs, he could be up to no good!

Have you noticed your partner is moodier than before? Does he appear to be happy and in good spirits when he’s leaving home but when he comes home he’s sad and withdrawn? If he’s involved with another person, the problems from that relationship could be spilling over into this one.

When someone is cheating, it might start feeling like you’re growing apart. He might start communicating less and less with you or start giving you the cold shoulder and becoming increasingly emotionally detached. He might not be as caring as he used to be or you might feel like he’s just a roommate because he’s emotionally invested in someone else.

So there! Quite easy to catch on to these obvious signs of cheating, don't you think? If you are convinced, here are some ways to find out the person with whom he's cheating. Just remember that your instinct is your best friend. If you think something's up, something probably is. Also remember the two Cs: confrontation and communication. They are both better options than beating yourself up over it. Please do share your experiences... obvious signs of cheating that you missed and how you reacted once you found out he was cheating on you. I'm sure others in the same situation would love to know...

lifestyle
27 Great Fireplaces to Center Your Entire Home ...
inspiration
Stand up for yourself
love
7 Ways to Keep Your Relationship Interesting ...
lifestyle
Play of the Day ...
skincare
Get Radiant Skin This Spring with These Tips ...

What veg plants can i plant now ...
Funny reply to why ...
What to cook when you have no food ...
How many halves are in a whole slice of toast ...
How much meat should you eat ...
What are some good diet foods ...
How to get a guy friend to kiss you ...
Why does protein hurt my stomach ...
How to save carrot seeds ...
How to resolve roommate conflict ...