8 Signs That You Are Perfect Girlfriend Material ... 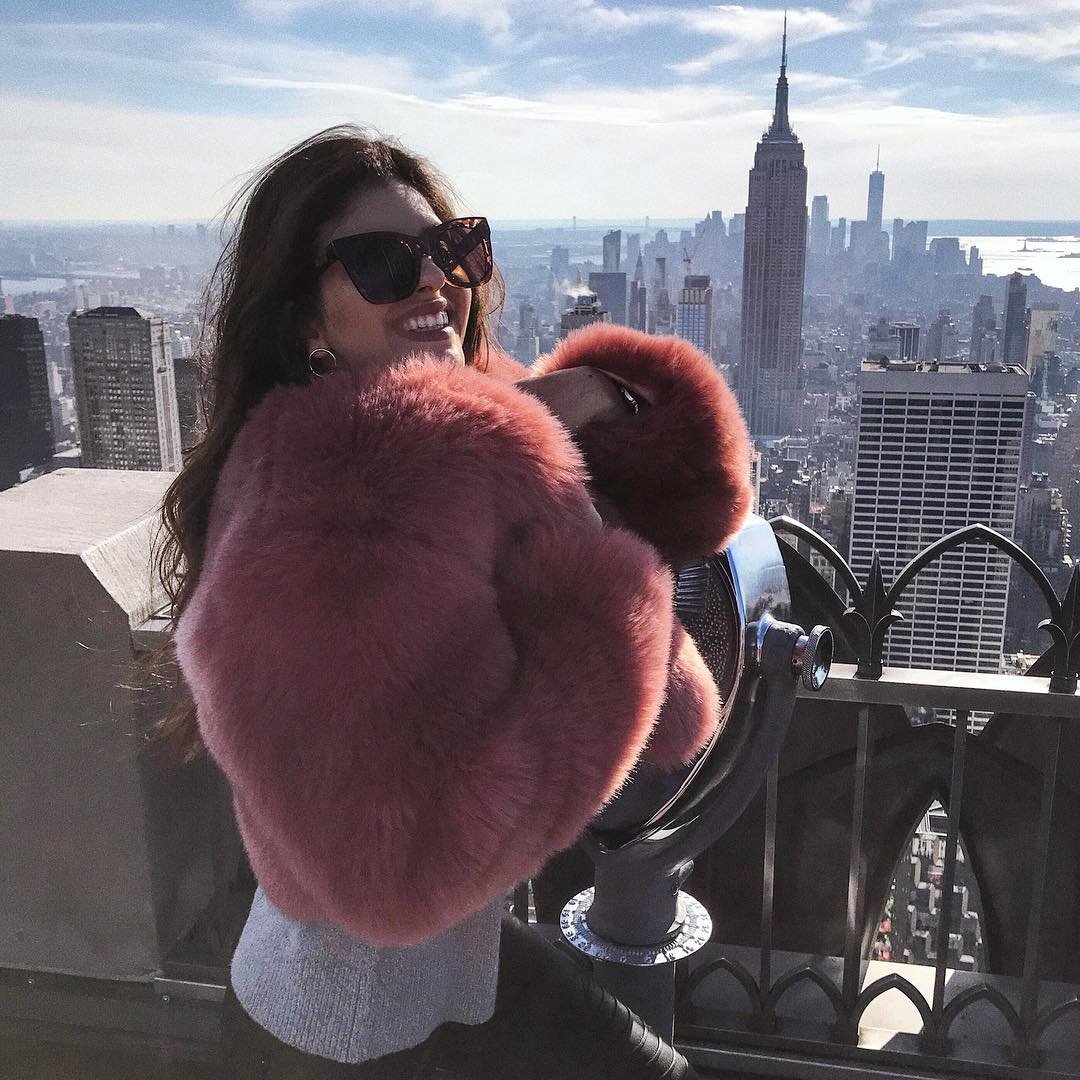 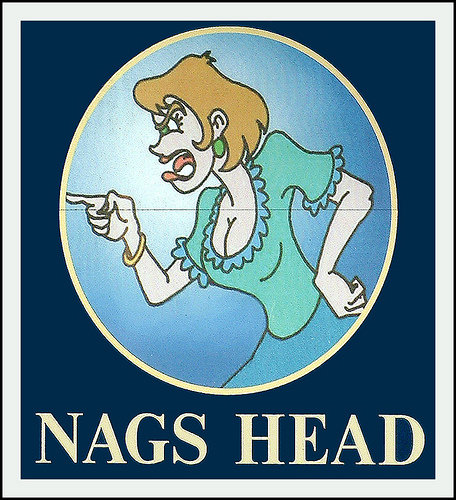 No guy likes a person who gets on his case about every little thing. Moms are supposed to do that, not girlfriends. Even if he puts up with it from time to time, try to be aware whenever you are nagging him about something. There are times when you need to take a deep breath and let the little things go. If something truly bothers you, then speak up about it. You might want to wait a bit until you’ve cooled down and can laugh about it more. It’s sometimes easier to talk about bothersome things when you aren’t upset.

7 Allows Him to Be Himself 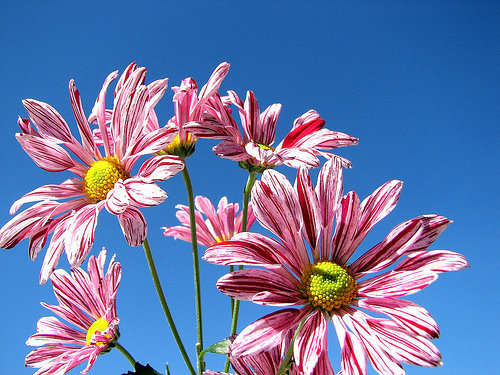 Guys don’t want to be molded into something else. They are usually attracted to you for who you are. Shouldn’t this be a vice versa sort of thing? You shouldn’t be trying to change his ways that he’s been creating for the past 10 to 20 years, depending on the age of your man. Letting him be the person he wishes to be will make both him and you happy in the end. 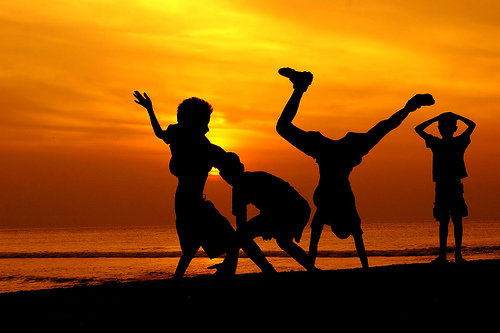 Needy girlfriends can be annoying after a while. Being extremely independent can be a bit daunting for some men, but a moderate amount of independence shows him you are capable of doing things on your own. If he doesn’t feel like he needs to take care of you all the time, then your relationship will have a chance to become stronger in other ways. Try to make decisions on your own and don’t feel the need to ask his advice on every little thing. If he gives his advice freely, then be sure to let him know if you don’t agree. Be nice about it though!

5 Gets along with Friends and Family 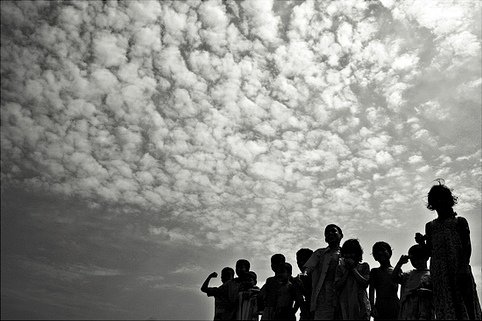 Friends and family are important to most people. Guys especially want to win the approval of their friends when they get a new girlfriend. Sometimes they will even test the waters with a girl by taking her to an outing with their close buddies. If the guys approve, then most of the time the girl will become a girlfriend. Don’t cause a scene with his friends or family members, no matter what the circumstances. Making peace with this crew is the best way to show you are easy going and your man will greatly appreciate it. 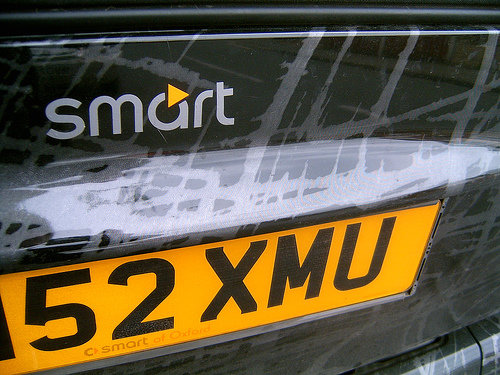 Thanks to blonde jokes and actresses in movies who play the stereotypical blonde, women who are blonde are often immediately labeled as dim-witted. If you are blonde, you might have to prove yourself to be an intelligent individual. No matter what your hair color, you aren’t required to have an intelligence that is equal to Einstein to be considered the perfect girlfriend. Guys just want a girl who can think for herself and who can show she actually has a functioning brain. Sometimes all it takes practice to be able to think before you speak. 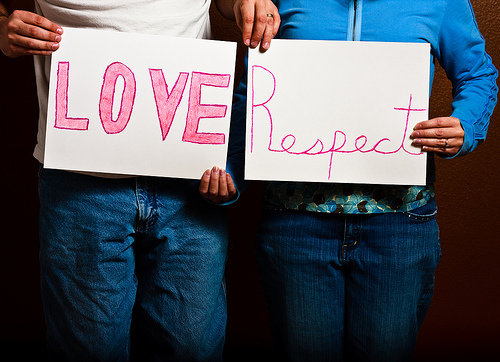 Photo Credit: Shoot Art, Not Each Other

Showing respect for not only your boyfriend, but also for yourself gets huge bonus points with your man. No guy wants to be constantly put down or told that his ideas stink. Treat him as a human being and even compliment him from time to time. It’s best to treat him the way you want to be treated. I know most people learn this at a very young age, but sometimes a reminder doesn’t hurt.

Sure sweats are comfortable and of course your boyfriend will say he doesn’t care what you wear, but sometimes it does matter. You don’t have to be able to don a pair of 5 inch stilettos and a leather skirt to be sexy. Hold your head up high, walk with pride, and wear something nice. I personally don’t wear dresses that often, but when I do, my husband definitely takes notice. It’s so easy to fall into a comfortable pattern with someone and forget how to be sexy. Drag out that nice spaghetti strapped dress and slap on some heels. Guys like to know that their girlfriends are perfectly capable of looking sexy whenever they want.

1 Fun to Be around 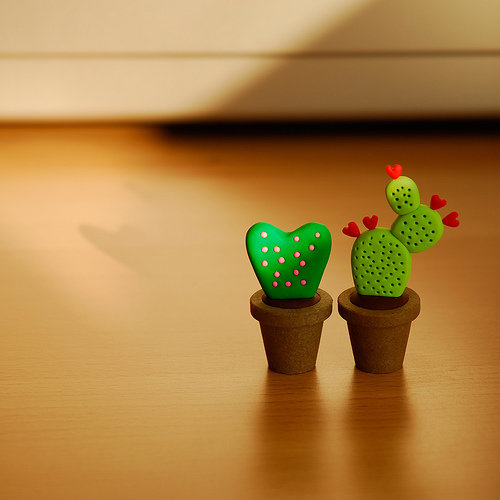 Can you ever recall a time when you’ve heard a guy say, “Oh yeah, lets invite her along. She’s extremely dull and lifeless. That ought to be a great time.” Even if you and your boyfriend aren’t big crowd goers, as long as you two can have a good time together, that’s all that matters. It’s not necessary that you are the life of the party either. I personally don’t seek out large crowds, but my husband does. I would rather be out in the garden than at the neighborhood BBQ. However, my husband is quite the social butterfly and I go right along with him to make him happy. I joke around and laugh along to keep his mood boosted. Being mopey and wishing I wasn’t there would only make his time miserable. Sometimes you just have to suck it up and go with the flow, as they say.

Do you have a boyfriend who has mentioned one of these 8 signs that you are perfect girlfriend material? What would you considered to be the number one sign? I’m sure not everyone will agree with me on all of these, but if you have something else to add, then leave a comment. I’m always up for hearing what you think!