It’s not unusual these days for people to have their family later in life. Men, for obvious reasons, can produce children naturally at a much older age than women. In many cases, the younger children are born from a second or later marriage. Here are some of the celebrity dads enjoying older parenthood.

Douglas was relatively young compared to some of our celeb dads, as he was still in his 50s when his children by second wife Catherine Zeta Jones were born. There is quite a gap between his older son by his first marriage and his younger children, but Douglas himself has admitted that he has been a better parent this time round. One advantage of older parents!

Chaplin’s famously happy marriage with much younger fourth wife Oona O’Neill produced eight children, the youngest of whom was born when Chaplin was 73. Since he died aged 88, his young son was still able to enjoy many years with his famous dad. And wouldn’t you rather have a shorter time with a dad like Chaplin than more years with a bad father? 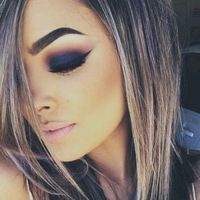 How to Make the Hottest MOTD Looks All Your Own ... 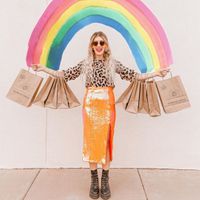 There will be nearly half a century between Rod’s eldest child and the newest addition to the Stewart clan. That’s quite impressive. The youngest child will be number 8 by quite a few different mothers (although Rod hasn’t quite equalled Chaplin’s record).

Tenor Pavarotti was 67 when his youngest daughter was born. Sadly he didn’t live to see her grow up, as he died from pancreatic cancer.

Another celeb father with an assortment of ages. At 78, his youngest child is 11, and his oldest is 46. That’s a bit of a gap, although not as large as with Rod Stewart’s children!

Actor Quinn fathered a multitude of children from various marriages and affairs. The youngest two were born when he was 78 and 81. Again, sadly Quinn died when they were very young.

Star Trek’s Scotty did his best to keep up with Anthony Quinn, fathering his youngest daughter aged 80. Maybe it was just a bit too late, as he died when his daughter was just five.

Picasso was still producing art into his 80s … and children in his sixties. The youngest was born when the artist was 67. Obviously the urge to create was still there!

Professor Dumbledore fathering children just doesn’t seem right, but actor Michael Gambon was 69 when his youngest child was born. Maybe a bit of magic was involved?

What do you think of older fathers – is there a point at which men should stop having children, or is it not a problem as long as they are good fathers? Were you the child of older parents?

makeup
How to Make the Hottest MOTD Looks All Your Own ...
weightloss
How the Soup You Drink Can Help You Lose Weight ...
wedding
17 of Todays Dazzling Wedding Inspo for Brides Who Plan to Go Big or Go Home ...
shoes
6 Stylish Beige Alexandre Birman Platform Shoes ...
lifestyle
Abstract gift ideas

How to tell your parents you want to move out at 17 ...
How to build a relationship with your dad ...
What i would look like with different hair ...
Mistress tv shows on netflix ...
How to get a boy to kiss you without asking ...
What soda has the most calories ...
What will i look like with different hair ...
My boyfriend is leaving for college ...
What happens if u take too much vitamin c ...
What perfume do men like the most ...