Ever thought that you’re so clumsy that one of your biggest achievements would be to die of old age and natural causes? I certainly have felt that way about myself until I heard about a neat little thing called the Darwin Award. This award is actually given post mortem and to people that are so stupid that they have actually done the world a favor for dying and removing themselves from the gene poll. Interested to know more? Well, here are some of the most stupid award winners of all time!

She didn’t actually win the award but being the first runner up sure does qualify her for this list. And, wait until you hear what did she do! A sky literally opened that night over Greensboro, North Carolina, but Rosanne was not scared! Pouring rain and flooded streets didn’t stop her from jumping on her moped and driving down to the convenience store. Now, the trip home would certainly go just fine even though there are some speculations that she had a beer, if there wasn’t for her love for the two wheeled pet. She has lost control of her moped and fell into a creek! Now, even that wouldn’t have led to such a tragic end because a police officer did manage to rescue her. So what was the big freaking problem then? Well, ladies and gents – the woman jumped back in the creek and drowned while trying to save her MOPED!

If you thing Belgian chocolate is priceless, wait until you hear about their robbers! The two bank robbers in question actually managed to commit a suicide by mistaking the amount of dynamite needed to tear down the ATM machine. Now, who needs police? Why don’t we all start giving the robbers some dynamite?

I’ve heard of flying nuns but a priest…that’s definitely the first! Why do you think this particular priest has deserved a Darwin Award? Is it because he actually flew using a cluster or helium balloons attached to his garden chair? Nope because people have done this before! This man is the absolute winner because he had a parachute he chose not to use and a GPS device he didn’t even know how to use. Not even God is an infallible shepard, I guess, and this little sheep just happened to get lost in the open sea, probably wishing he had taken that parachute jump back when there was some dry land to fall on to.

If the story about those two thieves from Belgium was not enough to get your convinced that the crime does not pay, here’s one more that backs it up. This guy was actually a Zoo employee, trying to run off with a stolen purse. And just when he though he’s safe, he found himself eyes in eyes with a tiger… you know, the big scary beast even the kids know is not very friendly. Well, what do you know, it might have been his lucky day… if only the tiger decided to become a vegetarian the day before. Only, he didn’t and this unscheduled buffet came in the perfect time!

We haven’t really evolved much since 1912 and here’s one winner to back that up. A tailor named Franz Reichelt, who has actually designed a parachute coat and was stupid enough to test it himself by jumping from the Eiffel tower! The invention failed, of course so, so let this serve as a warning – Dolce, Gabbana, Donna Karan, Lanvin and all others… whatever you do, don’t try this at home.

Don’t dare and test your men, girls! One woman has actually dared her man to do some pull-ups and the next thing you know, he’s sweeping downwards from the seventh floor and ends up being a topper on the thorn bush located 60 feet down. Now, that sure doesn’t have anything to do with the fact that he actually chose balcony as the perfect place to show up his strength, now, doesn’t it?

Not all wife beatings turn out deadly, especially not for the man. However, this one is definitely something worth of a Darwin Award. But beating his wife and throwing her off the balcony is not what turned him into a winner – trying to finish her up did! The woman was actually quite lucky as some power cords got in the way, stopping her from kissing the pavement. That apparently pissed the man of even more and enough to make him jump off the balcony to try to get the cables off of her… and fail miserably of course!

8 You Have Been Ripped off

I bet that’s exactly what this lawyer was thinking while he was falling down from his company’s building, located 200 feet above the Earth’s crusty, hard layer. The only mistake he has ever done was trying to show some interns the wonders of the new unbreakable glass. Only, the glass was not as unbreakable as he though…Gee! You just can’t trust everything they say on commercials these days.

Now, what do you think of these people, huh? They sure make me feel better for my clumsiness! Do you know a person that would be a good candidate for this prestigious award? 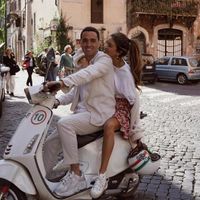 What makes a wife material 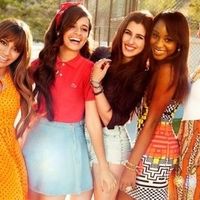 7 Reasons You Should Be a Fifth Harmony Fan ...

Where to Meet the Best Men from GetTheGuy ... 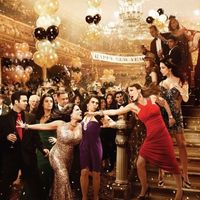 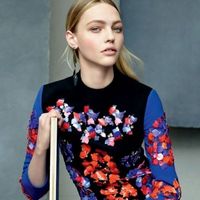 7 Reassuring Things to Tell Yourself when Youre Worried about Your Future ...

How to build a better relationship with your mom ...
Paris le smoky neon skirt ...
How to take better care of your hair ...
What color attracts men's attention ...
Why does he call me sweetheart ...
How to be pretty with a big nose ...
Paris riche stylo eye blinged brilliant ...
Loreal paris riche stylo smoky eye spark ...
How does vitamin c help your body ...
How to dress joggers up ...