For those of you looking for a bit of gruesome reading, take a look at the list I’ve compiled below. Here are 8 famous serial killers with a short summary of their existence. Some descriptions are a bit more detailed than others. You’ll have to look up the actual person if you want all the gory details. I’ve summed up most of the major details in the list below.

Based in Northern California, this individual committed a number of murders between the late 60s and early 70s. His identity still is unknown. He would send taunting letters to the local newspaper that were written in cryptograms. There are sill three letters that haven’t been cracked. 37 murders were claimed by the Zodiac killer in letters to the paper, but only 7 were actually confirmed. It’s difficult to know just how many killings were done by the same person and how many were claimed by the name ‘Zodiac’ but actually performed by separate individuals.

Born in the early 1400s, Gilles de Raise was a military captain who would lure young boys into his home where he would commit gruesome acts upon them. Supposedly by the time of his death he had committed more than 600 of such acts. He preferred boys with blond hair and blue eyes. The acts of Gilles de Rais are the oldest known accounts of a serial killer. He is thought to be the predecessor to the serial killers of today.

Things to do naked 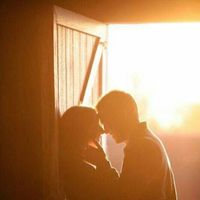 7 Inspiring Thoughts for Those Going through a Breakup ...

Gacy was a respected individual and grew up having a fairly normal childhood. He got along well with his mother and sisters, but his father was an alcoholic and rather abusive. Gacy got married, had a couple of kids, and eventually his wife left him after he was charged with coaxing employees to engage in homosexual acts with him. The neighbors began to complain about the smell coming from Gacy’s home. When investigated, the police found 33 bodies buried nearby and directly on Gacy’s property. Gacy died by lethal injection in May of 1994.

Dubbed ‘The Monster of the Andes’, Lopez killed more than 350 women and children. These individuals came from Peru, Colombia, and Ecuador, almost an equal number from each location. After admitting to the slaying of this large number of women and children, he also confessed that if he was released onto the streets that he wouldn’t hesitate to kill many more. Lopez was arrested in Ecuador in 1980 and released to the Colombia government after 14 years. He was later declared insane and kept in a psychiatric ward for three more years in Colombia. After being declared sane in 1998, Lopez was then released. No one knows where he is today and if he is even still alive. He would be in his mid-60s by now.

What seems to have started off as a simple case of revenge eventually became a way of life for Belle Gunness. She was born in Norway and died in Indiana. While in Norway, she was attacked at a dance and kicked in the stomach. This caused her to have a miscarriage. The man who initiated the attack mysteriously died the following day. Gunness then saved money for a few years to come to the US. She murdered countless suitors, husbands, neighbors, and even her own children over a span of 8 years. She was found beheaded and burned in a house fire. Most of her victims were poisoned to death. Her nickname was Hell’s Belle.

Bundy was responsible for more than 30 murders. He was one gruesome guy. His charming personality and good looks make it harder to believe just how gory this guy really was. Bundy was also well-educated. He would lop off the head of victims and sleep with corpses until they became so rotten that the smell was horrific. In 1975 he was arrested for kidnapping, but then escaped in December of 1977 while awaiting trial. It was between January and February of the following year that the killing spree occurred. Bundy was sent to the electric chair in 1989.

Not only was this guy a murderer, but he would also snatch bodies from the local graveyard near his home in Plainfield, Wisconsin. He would use the bones and skin of the corpses to make keepsakes and trophies for his home. He only confessed to killing two women, of which both bodies were found on his property. The main character Buffalo Bill in ‘The Silence of the Lambs’ movie was based on Ed Gein.

Who hasn’t heard about this guy? He was responsible for the murders of London prostitutes in 1888. His identity was never known. The movie titled ‘From Hell’ was loosely based on the story of Jack the Ripper. Of course in the movie the killer is identified whereas in real life there was merely speculation that the killer must have some sort of medical background, due to the way some women had various internal organs surgically removed.

The 8 famous serial killers mentioned above are by no means the top ones listed in history. Everyone’s list varies from website to website, but these are the 8 I found to be most interesting. Which serial killers do you recall hearing a lot of news coverage about during your lifetime?

Desculpas para sair do trabalho mais cedo ...
Is curry powder bad for you ...
How to have more color in your face ...
How many slices of pizza should you eat ...
What is the benefit of joining a new group or club ...
How to be polite but firm ...
What colour should i paint my nails ...
Is it okay to commit mistakes ...
What are some whole foods ...
Is grain-free gluten-free ...