I don’t watch much TV, really only two or three shows a week, for a total of about four hours. So the TV I watch has to be good. Very good! There’s only one show I watch each week that’s not a cartoon, and that’s CSI. Why do I choose this show over everything else that’s out there? There are lots of reasons… here are 7 reasons to watch CSI…

The core cast are all amazing actors, from the female leads, played by Marg Helgenberger and Jorja Fox, to the male leads, played by Laurence Fishburne, George Eads, and Paul Guilfoyle, to every last supporting actor. They’re all entirely believable as their characters… in fact, they’re so believable, I have a hard time watching them in anything else.

From Justin Beiber to Rascall Flats to the lovely Taylor Swift, CSI boasts a lot of high-profile, very talented guest actors, some playing wicked bad guys, some playing victims. Even if they have had little acting experience before geust starring on the show, they’re a lot of fun to watch, and they’re always a perfect fit for their guest role. 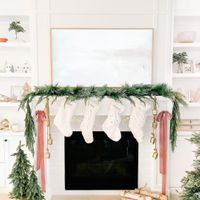 Are You Still Searching for Last-Minute Stocking Stuffers 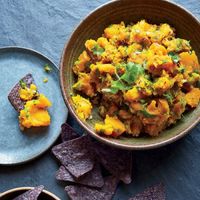 Over time, the characters on the show have developed their own personalities, mannerisms, relationships, and even back-stories. I’ve grown attached to most of them, and I love seeing how they interact…

Sometimes, the plots on CSI seem to be ripped right from the headlines. Other times, the plots are pure fiction. But either way, the twists and turns keep me guessing until all the evidence is in… I love the suspense.

Where else can you see the high and low tech devices and experiments real-life investigators use every day to solve actual crimes? I know a lot of it is made up, or highly dramatized for TV, but some of it is real, and it’s so fascinating!

Do you love Vegas, or prefer New York or Miami? No matter which locale you like best, there’s a CSI show for you, actually shot, in some cases, on location. Myself, I like the Vegas version best, and I really like seeing places I know and love.

Aside from the spectacular theme song, CSI also features a lot of new and old music I love, and would not have heard if it wasn’t for the show. They don’t use cheesy, canned music — they seem to always find just the right song for whatever’s happening on-screen.

Those are just a few of the reasons I can think of to watch CSI, but I’m sure other fans can think of more. Are you a fan of the series? Why do you watch the show? Please share with me!

Is pork red meat ...
Is lamb considered pork ...
How to do a vegetable garden in pots ...
What makes a girl popular in high school ...
Is it okay to eat sweets in the morning ...
How to ask him to kiss you ...
What should you drink after a workout ...
How to grow herbs outdoors ...
What is healthier pork or beef ...
How to get your best friend to fall in love with you ...