7 Advantages to Being a Band Geek ...

I was a total band geek. Concert band, marching band, jazz band. I played trombone, y’all. It was awesome. With a few exceptions, the people I liked most in high school were right there with me. A lot of us weren’t the most popular kids, but I tell you what, I think being a band geek has a lot of long term benefits. Here are 7 of the thousands of advantages to being a band geek.

I’m serious. Actually, I’m exaggerating. Trombonists are better lovers. Why? Because trombonists do it in seven different positions, y’all! Ha ha! Ha … okay, that’s even less clever than it was when I was fifteen. But you know, the second had to make ourselves feel better somehow.

Bands are intensely competitive against other bands. This was true when the marching band had competitions and when the concert band played against other high schools. Bands hate other bands -- and that’s not enough. Sections hate other sections. Trombones hate trumpets and aren’t fond of tubas or French horns either. Flutes hate clarinets. Saxophones hate flutes. Tubas hate flutes and trumpets. Everyone hates the baritones. Everyone loves the drummers though. 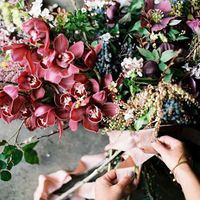 24 of Todays Exquisite Flowers Inspo for Women Who Need a Pick Me up ... 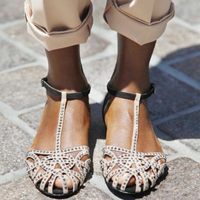 Having to learn about two hundred different scales and play them from memory is difficult but not impossible. Nothing changes, you just go up by steps or half steps, the end. It’s tedious but easily learned. Try standing up in front of the whole class trying to play “Frosty the Snowman” by rote though, and then listen to the thirty other kids in the class suck just as badly, and you know torture.

Photo Credit: Anthony Shea
Let me be perfectly frank: I was not a sports girl. Ever. I couldn’t play softball without hitting myself in the head with the ball. So band taught me how to work as a team -- but it also taught me how to take responsibility for myself. It had to. When you’re music teacher gets down to making you play one by one, you can blame the flat note on anybody else.

One time, at band camp … our teacher and our drum major ran us ragged eight hours a day, five days a week. Learning all those routines, learning how to hit your mark while marching backward, learning how to keep your horn angles absolutely perfect … oh god, I’m getting flashbacks.

It is all -- and only -- thanks to marching band that I am able to find a beat or carry a tune. I don’t dance well, but baby, I know the beat. And I don’t sing well, but you’ll never hear me go sharp or flat as a foghorn without knowing it.

Because the people in the marching band and concert band came from all walks and all cliques, you learned to get along. There were people I couldn’t stand until they joined the band, and then, at the very least, we became respectful of one another. There’s something to be said for managing to learn that in high school.

Come on, where my band geeks at? I know you guys are out there. I want instruments and favorite songs, can’t you give me a hint?

How to kiss your boy best friend ...
What should i eat for booty gains ...
How to not come on too strong ...
What does vitamin c prevent ...
How to keep water lettuce over winter ...
What are 7 things you should understand on a food label? ...
Why did you join a sorority ...
What is the most beautiful traditional dress in the world ...
Which vitamin is also known as ascorbic acid ...
Is vanilla bean ice cream bad for dogs ...