Whenever I get told about a festival, it sounds absolutely perfect. Laying in the sun all weekend, with the people and music you love. Sheer bliss. Unfortunately, some of the great festivals o this year have already passed, but there's still 2011 to check out these spectacular weekends.

The South By Southwest festival is appreciative of both film and music; it has selection for everybody. It has been ran in Austin, Texas since 1987, and has increased it's performances every year since. This years had over 2000 musical acts. How astonishing does that sound? South By Southwest is a great chance to lay in the sun and remember great films and music from the past.

Coachella has been named the "King of US music festivals". Surely this is enough to prove how awesome it is. Well, if it's not then I should definitely tell you the headliners for this year; Gorillaz - Muse & Jay-Z. An amazing selection of music, varying in genres. I was gutted when I found out that this fest' had passed, it would have been incredible. 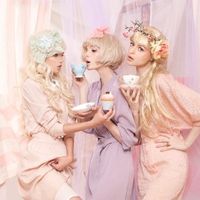 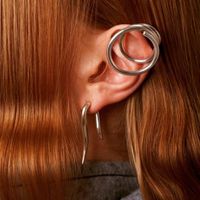 Sexy Ear Cuffs for Women without Any Piercings ...

In all honesty, I nearly cried after seeing the line-up to this festival. Paramore. Weezer. Ke$ha. MGMT. & so many more amazing artists. It would have been to die for, and the fact that I could have gone makes me want to build a time machine. Least there's next year I guess.

Bonnaroo has such classic acts, people such as Stevie Wonder. It is host to artists from so many different genres it's unbelieveable. From folk to rock. Going to this festival would be like sitting in a field all weekend with a Juke-box filled with every genre ever made, every piece of music at hand. It is heaven. The only problem being the queue for the bathroom.

I must admit, this is probably my favorite out of every festival. Simply because of Sum 41. Vans Warped Tour is aimed at the more alternative folk, and never fails to impress. Every year it has a range of multi-talented artists. It is truly incredible and with hope, I will be attending for many years to come.

This festival is inspiring, it aims to bring out talent in women. Which, all of us ladies can agree, is needed in society. Through all of history women have never been truly appreciated; especially thoughs with talents other than cleaning. So I think it's spectacular that finally we are being recognised.

The second I saw the name of this festival - I wanted to go. & after seeing the headliner; I searched online for my ticket. If Green Day wasn't already good enough, they have also got the beautiful Miss Gaga. I think I speak for many when I say, any festival containing Lady Gaga will blow your mind.

Last but not least, Summerfest. Aka; "the big gig". It attracts approximately 1,000,000 people each year and has set a world record for the most attendees at one festival. There are 11 different stages and over 700 acts- some of which including Justin Beiber and Usher. This festival sounds marvellous.

So, with all of these going on, I think it's safe to say that I will be very poor, yet very entertained over the next year. Are any of you guys attending any? Which are you most excited about? What stories do you have from past festivals? Write in with anything, I'd love to hear some memories.

How to wear your boyfriend's clothes ...
How to get red lips for men ...
What vitamin does an orange have ...
What can you take to lower your sugar ...
How much fat is in fast food ...
How to deal with the person who hurt you ...
What's good about albacore tuna, salmon, and sardines? ...
Signs ex is dating someone else ...
Is there protein in sugar ...
Is expired greek yogurt safe to eat ...