8 Things Everybody Needs to Know about STDs ...

Spending my teenage years as an activist of a very popular Anti AIDS organization has been a motivating and a frightening experience in the same time. Motivating, because there was so much young people in it and we were all trying very hard to educate others and frightening because I often came across people that just didn’t want to know anything… it was almost like they believed not knowing will save them from getting infected with one. Now, Internet hasn’t been so popular back then as it is now, and I really believe next generations will grow to be much more responsible and educated ones. And with the official Anti AIDS day, the 1st of December, close by, I just had to list some facts about STDs. I’m sure most of you know these things but let’s brush up on our knowledge once more. So, here we go…

Almost all women suffer from a yeast infection in some point of their lives and some even have to go through a serious, long term battle against it. Unlike other STDs, a yeast infection can happen on its own so if you feel itching followed by a thick white discharge, do not panic but go see a gynecologist instead. When balanced, yeasts “live a happy life” in our vaginas not causing any problems. It’s their natural habitat and they contribute to maintaining a normal PH balance. Stress, long treatments with antibiotics and low immunity as well as some other, more serious health issues or hormonal changes could cause their number to grow. A yeast infection can be cured but it may come back again too. You can give it to your partner and, if you do, he’ll experience itching and redness too.

2 AIDS is Not the Only Incurable STD

HPV(genital warts), Hepatitis and Herpes are other three STDs the scientist haven’t found a cure for yet. Their symptoms can be treated and there are number of things you can do to keep your immunity high and stop the virus from manifesting again but it will always remain present in your body. There have been some breakthroughs, though, so I have some good news too. An anti HPV vaccine has been developed recently and there is one for Hepatitis B too. Unfortunately, the vaccine for hepatitis B only stops the virus from being transferred and can’t do much if a person already has it. 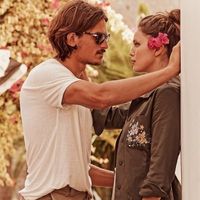 Make the Man in Your Life Happy with One of These Thoughtful Gifts ... 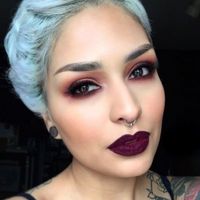 You can get AIDS by being in the same room with an HIV positive person or sharing the bathroom with it. Handshakes, kisses, even using the same plate falls under the non-risky behavior. And, excuse me if I sound rude, but AIDS is not leprosy! Some people were born, their moms have had that choice but they didn’t! But, let me be precise and explain which bodily fluids contain HIV virus and which ones don’t. So, blood, semen, vaginal fluid, breast milk, fluids surrounding the brain, spinal cord, joints and fetus contain enough of this virus to get you infected too. Saliva and tears in the other hand contain very little amount of the HIV virus while sweat doesn’t contain any virus at all so coming in contact with these fluids doesn’t put you at risk of being infected.

This disease was deadly and gruesome in 1494 when it first appeared in Europe and it still is now if not treated, of course. However, if it is discovered on time, it can be easily and successfully treated.

Some gynecologists say cat and dog owners should be tested for Chlamydia and Gonorrhea more often because a simple thing like keeping a pet in the house, playing with it, hugging it and letting it sleep in your bed could have serious consequences for your health. Others claim this is impossible. I honestly don’t know what to believe and I don’t plan on kicking my little doggy out in the cold. STDs or no, washing your hands and taking care of yours and your pet’s hygiene is mandatory because pets do carry a vast number of other microorganisms that are harmful for humans.

Using a condom significantly lowers your chances of being infected with an STD but it doesn’t make you 100% protected against them. This is especially the case with genital warts because they are often found on areas condoms do not cover. Inspecting your partner’s “organ” could help you detect “suspicious” scabs but it’s also not a safe method because a person might look completely healthy and still have a “bug eager to shop for a new apartment”.

There is no difference between the term Sexually Transmitted Infections or STIs, in short, and the term Sexually Transmitted Diseases or STDs. The first term has been introduced recently to replace the term STDs which is believed to be inaccurate. You see, it is believed that a “bug” transmitted by sexual contact creates infection that may and may not grow up to be a disease. Don’t let the name get you confused, though, because both terms stand for the same thing.

8 Women Are More Prone to STDs

Yup ladies, this is unfortunately very true. While male genitals have only one tiny “soft spot”, the inside of female genitals are covered with a soft mucous membrane microorganisms have no problem penetrating. Forgive me if I’m being to descriptive now but a vagina is literally a dark, warm, moist place ideal for bacteria growth. That’s why we must be very careful and attend out appointments and checkups.

So, with all this been said, the only thing I can note is that we have merely scratched the surface. I’m sure all of you wonderful, smart ladies here know all there is to know and take a very good care of yourselves so I’m leaving this conversation open so we could share well and not so well known facts. What I’m very interested to know is what is your opinion on AIDS and other STDs? Do you stress about it a lot? Would you educate your kids yourself or leave to the community and Internet to do the “sex talk” for you? Do you know somebody that is HIV positive and did you ever notice the different treatment and the awkward behaviors other people express in that person’s company?

lifestyle
Make the Man in Your Life Happy with One of These Thoughtful Gifts ...
music
7 Songs to Add to Your Travel Playlist ...
beauty
7 Top Eye Makeup Trends for Summer 2013 Youve Got to Try ...
food
Best foods in each state
makeup
MOTD Photos Thatll Give You Serious Spring Style Inspo ...