Sarah Palin was the first female governor in the state of Alaska. She was John McCain’s running mate during the 2008 United States presidential elections. The things she has accomplished in life are well known. In the blog below, I am going to give you 7 facts on Sarah Palin …

Sarah Louis Palin was born on February 11, 1964 in Sandpoint, Idaho. She was the third of four children. Her family moved to Alaska when she was under three months old.

Sarah used to be known as Sarah Barracuda. This is because of her ferocious attitude when she was playing basketball for her high school basketball team. She was also the co-captain of a 1982 State championship basketball team. 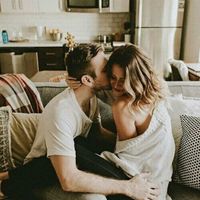 10 Words to Remember for a Healthy Romance ... 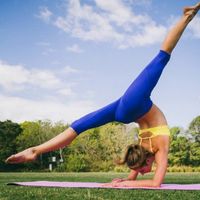 Excellent Ways to Motivate Yourself to Hit the Outdoors for Exercise when the Temps Drop ...

As she was going to the University of Hawaii-Hilo, she tried Marijuana, but she did not like it. She did inhale … sorry, I had to say it.

During her first term as a mayor, she kept a jar in it that had names of the individuals that lived in Wasilla. Every week, she would randomly pick one of the names out of that jaw and call the individual just to ask how the city is doing. I actually like this idea.

During the year 2007, Sarah supported a policy that would allow the wolves to be hunted, but only from the air. A bounty of one hundred and fifty dollars was planned to be paid. Don’t worry, because the bounty was declared illegal later on. This is where I do not agree with Sarah – I would never support a policy to kill wolves or any other animal

While Sarah Palin was pregnant with her daughter Willow (I like that name), during Halloween, she dressed up as a pregnant Jane Fonda. That sounds cute.

So, there you have 7 facts on Sarah Palin. This is a name that has been coming up for some time now and I figured that I would go ahead and write a blog to give you girls an idea of who she is. Of course, some of you probably already know more than I know about her. Some may like her, while others may not like her. Really, I don’t personally know her, so I cannot determine whether I like her or not. It’s hard to tell whether you will like someone by just seeing them on TV and reading about them. So, what about you, do you think you like her?

love
10 Words to Remember for a Healthy Romance ...
lifestyle
8 Ways to Streamline Your Mornings ...
lifestyle
Femme fatale angelina jolie
running
8 Common Running Mistakes ...
fitness
Excellent Ways to Motivate Yourself to Hit the Outdoors for Exercise when the Temps Drop ...

How to plan a dinner party menu ...
How much wine do i have to drink to get drunk ...
Is coffee good for a hangover? ...
What is the best herb to grow indoors ...
What can you eat on a celiac diet ...
Low calorie food that is filling ...
What is a tomboy personality ...
How to eat chocolate ...
Why teens shouldnt have sex ...
My boyfriend is smaller than me ...