Far and away, my favorite writer is Jon Krakauer. He writes non-fiction, which is a turn off to some, but the ways he tells true-life stories is riveting and compelling. If you’ve never read any of his books, it’s time! Here are 7 amazing books by Jon Krakauer.

Price: $7.59 at amazon.com
My first exposure to Krakauer’s writing was his long article in Outside Magazine about the disaster on Everest in 1996. Many of the people on the mountain with him died, and his article, written so quickly, while his emotions were still so raw, was spell-binding. I waited on tenterhooks for his book about the disaster, and wasn’t disappointed. It’s not just a retelling of that fateful climb, but of the mountaineers and amateurs, and of the sport itself. It’s honest, open, heart-breaking, and you must read it.

Price: $9.56 at amazon.com
Long before his ascent of Everest, Kraukauer was a thrill junkie, working as an Alaskan fisherman to fund his expensive, and often dangerous, mountaineering trips. Across several essays, Krakauer gives us a glimpse of the grit, courage, and overall insanity of the men and women who climb mountains. They risk their fingers to frostbite and their lives, but they go anyway, hungry for the summit. Crazy people.

7 Pretty Dresses to Wear for Brunch ... 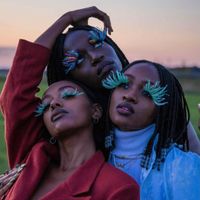 Price: $6.64 at amazon.com
We all know a rough sketch of Pat Tillman’s life — he gave up a promising career in professional foot ball, including a multi-million dollar contract with the Arizona Cardinals to enlist in the Army after the September 11th terrorist attacks. But how well do we know the rest of the story, the one the Army tried to cover-up after his death under friendly fire in Afghanistan? Krakauer tells the story of this doomed hero with grace and honesty, and it’s an excellent, important read.

4 Under the Banner of Heaven

Price: $8.48 at amazon.com
As well as we think we know what motivates religious radicals, we often look to the Middle East for information, when in reality, Krakauer tells us, we don’t need to look outside our own borders for the violence and horror religious fundamentalists are capable of. This book tells the story of two brothers, who, acting on the orders of God, kill their sister-in-law and infant niece. Confident that the Mormon Church would strike back at him, Krakauer spent countless hours on careful research, and it shows. The book is stark, raw, and fascinating… worth the read for sure.

Price: $5.69 at amazon.com
Long before the heart-breaking movie starring Emile Hirsch, there was this book by Jon Krakauer, telling the story of young, idealistic Chris McCandless, who gave up his comfortable upper middle-class life for an adventure in the Alaskan wilderness. He was woefully unprepared for his journey, and it cost him his life. Krakauer’s telling of the story is emotional and gripping and, though the book is very short, it’s very deep, giving us more than just a topical, passing glance at the young man and what motivated him.

Price: $22.57 at amazon.com
This book was written by Krakauer and fellow journalist David Roberts, and while the topic may seem dull (Iceland? Really?), this book is fascinating. I especially love the chapter about women… the book overall is a retelling of Iceland’s history, legends, and lore, woven together with the stories of today, for a true look at what Iceland, located just four degrees south of true North, is really like (no, it’s not a tundra wasteland).

Price: $10.88 at amazon.com
While Krakauer didn’t write this book (he edited it), it’s still a fantastic read. It explores, in great detail, ten of the most famous hoaxes and cover-ups in history, having to do with the adventures we all know, from courageous mountaineers to South Pole explorers. It’s amazing, and addictive — once you read the first hoax tale, you’ll have to read the rest.

All of these books are in heavy rotation at my house — I’ve gotten my boyfriend hopelessly addicted — and once you read even one of them, you’ll see why. My favorite is “Into Thin Air,” but they’re all fantastic. Or perhaps you’re already a Krakauer fan! If so, which of these books do you like best, and why?

fashion
7 Pretty Dresses to Wear for Brunch ...
fitness
7 Exercises You Can do at the Playground While Your Kids Play ...
food
7 surprising facts about caffeine
health
7 Non-Medical Remedies That Really do Work ...
fashion
7 Fashion Essentials for Overnight Trips ...

What happens if we eat more chocolates ...
Why do you want to participate in this exchange program ...
How to take off mascara without makeup remover ...
Shows that will keep you hooked ...
What season is blueberry season ...
What indian food should i try ...
What is the best drink to flush your liver ...
Is it bad to eat meat after being vegetarian ...
What will happen if you eat spoiled food ...
How to use fresh chives ...