Thinking of moving soon? Then you might want to read the 10 Worst Places To Live In America before making any big decisions. After reviewing statistics for crime rate, unemployment rate, weather, foreclosure, and pollution I've put together this list. Of course if you're already living in one of these areas don't take offense. This is based off of statistics and my personal opinion combined. These are not in order by least to most due to the fact I think they're all undesirable.

One of the wost places to live in America is Las Vegas, Nevada. Sure the atmosphere of the night life is sure to lure a few movers in the Las Vegas direction however what's behind the scenes is what matters. Foreclosure rates at an all time high in Las Vegas. A lot of neighborhoods have very few families living in them. Surprisingly the crime rate isn't ridiculous compared to most US Cities. May be a nice vacation trip however it doesn't sound the place the live if you're looking for stability, security, or a nice place to raise your family.

Another one of the worst places to live In America is New Orleans, Louisiana. I hated myself for writing this due to the fact that I've dreamed of visiting the city since I was a child for it's culture, history, and jazz scene however besides the culture there isn't much to be desired. Besides the usual unemployment being at an all time high and crime being present (like every city), New Orleans is prone to flooding. I've spoke with many residents in New Orleans and they stated that they're insurance rates for car, home, and life have tripled upon their move to New Orleans.

One of the worst places to live in America is El Centro, California. Not a popular city name like others on our list however this town just over the Mexico border has the highest unemployment rate even more than when combining all of the rates amongst all of the other states. A majority of farm land and seasonal work has left many residents unable to find work, keep work, and provide for their families. Of course the statistics able to be found are those of people actively looking for work.

My hometown, one of the largest cities in the world, is also one of the worst places to live in America. Aside from all the great things we have in Chicago we have a lot of bad things. Aside from our high taxes, high unemployment rates, high foreclosure rates, crime, and pollution I'd have to say that the worst thing about living in Chicago is that we can't trust the people running our state! As Rod Blagojevich made corrupt politicians famous a few years back politicians are still being pulled from all corners with accusations of alleged misconduct. Maybe if we cleaned up our city a bit and had trusted officials running our city it would make it to one of the best places to live.

Definitely a lot going on in California however the pollution alone in Los Angeles makes it one of worst places to live in America. The smog problem is no surprise to anyone. A congested area of large amounts of people equal terrible congestion in their traffic. The traffic is so ridiculous also due to the fact that they have a poor public transportation system. Not a great place to live if you're uninterested in being crowded by people, crime, pollution, or traffic.

I'd have to say I think this is arguably the worst place to live in America. With the highest crime rates in America the city is not a safe place for anyone to live. I'd rather live in a city with more unemployment rates and pollution than one I can't walk around in. Sure you may say “no place is safe” however upon reading the statistics compared to every city in the United States you will feel sick to your stomach.

Cleveland rocks? Oh no. According to many statistics Cleveland Ohio is one of the worst places to live in America. In 2009 Cleveland Ohio had the largest drop in population out of all the US Cities. The city is just south of Lake Eerie which produces more than 60 inches a year of lake effect snow for the city. Besides the city being one of the worst for weather it also is just like Chicago in the fact that they cannot trust their politicians. So terrible weather, corrupt politicians, high unemployment rates, high foreclosure rates, and no good sports teams? No thank you. I'll stay away from Cleveland.

Detroit, Michigan is one of the worst places to live in America due to high crime rates just like Memphis. Besides crime rates being one of the highest in the nation the city has relied too much on their auto industry. With the auto industry's numbers being at an all time low the motor city has found itself suffering from unemployment and foreclosure just like many other places across the USA. Seems like not many cities these days are a great target for anyone who wants to move.

One of the worst places to live in America is Newark. The only good thing about Newark is that their taxes haven't been raised by their corrupt politicians yet. Over a quarter of the population in poverty and the crime rates are still high despite the Mayor's efforts to clean the city up. Not only are residents dealing with crime, unemployment, foreclosure, and the normal issues that my list of 10 worst places to live in America are encountering, they're exposed to the most Toxic waste sites in the nation. I'd steer clear of this city even if you're single without kids.

Last but of course not least one of the worst places to live in America is Hilo, Hawaii. Wait? Hawaii you ask? How? Weather. With over 200 inches of rain a year and a ridiculous amount of humidity the weather alone is enough to keep someone away from this place. I mean, a little rain now and then is nice perhaps relaxing to most, but over 200 inches a year average? My hair would hate me.

So after reading my list of The 10 Worst Places to Live In America I have coincidentally come up with a list of 8 Places To Never Visit In America. After reading each cities statistics I'll be happy to say at least I don't live in the city anymore. Seems as though all of the issues with the cities are common among every city. Have you visited any of these places? How was your experience if you did? 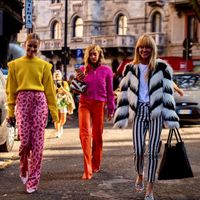 5 Ways to Get the Media to Cover Your Event ... 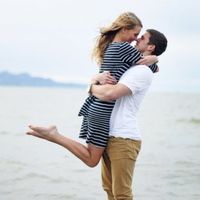 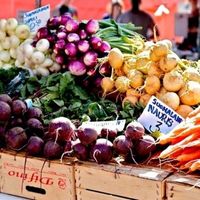 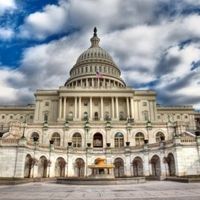 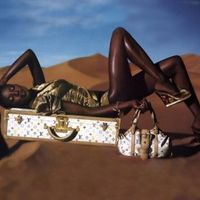 How to grow eyelashes back in 2 days ...
How to call a boy good looking ...
What to say instead of handsome ...
What to write in a teenage diary ...
How can a women masterbate ...
How to make your hair seem longer ...
How do cheaters communicate ...
What has gluten in ...
What to do with an abundance of jalapenos ...
How to unstick a zipper ...