Although I watched Cheers, I was never a huge fan of it, and so when the spinoff came along I didn’t expect too much. How wrong can you be. Frasier way outclassed its parent programme. Great characters and performances, combined with witty writing, made for series after series of entertainment. If only they’d left out daft Daphne and her unconvincing Manchester accent though.

Historical sitcoms aren’t nearly common enough for my liking, so I enjoyed the four Blackadder series enormously. Featuring much the same cast, the series followed the declining fortunes of four Blackadder men. My favourite was the Tudor series, which portrayed Queen Elizabeth I, one of my favourite historical figures, as a squeaky-voiced overgrown child, but a special mention must be made for the idiotic Prince Regent in the third series, played by none other than Hugh Laurie, Doctor House himself.

I would watch this just for Dr Cox’s constant sarcastic comments and battles with the testy Dr Kelso. Each episode is a near-perfect mix of surreal moments, humour and a perfect supporting performance from the gleefully sadistic janitor. 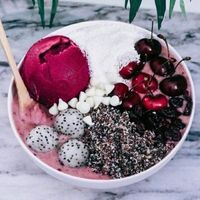 How to Eat Healthy on a Budget ... 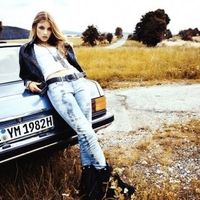 7 Incredible Reasons to Pay Cash for a Car ...

4 King of the Hill

I never really took to the Simpsons, but King of the Hill was one cartoon sitcom that definitely appealed to my sense of humour. Poor hapless Hank was somehow entertaining in his pride at his dull job and his way of making a mess of things. Plus there were some hilarious supporting characters, such as conspiracy nut Dale (did he ever take those shades off?)

If you have not seen Irish comedy Father Ted, then you have missed a treat. Three priests live on a small island. One is constantly making a mess of things, the second is completely lacking in anything resembling intelligence, and the third is permanently drunk with a vocabulary of just four words, two of which I can’t repeat here. Watch and love.

This series was set in a bookshop, with a cast consisting of the perennially grumpy owner, his hapless assistant and their neurotic neighbour. If you missed it, then grab the DVDs. It wasn’t the laugh-a-minute kind of comedy, but is well worth seeing.

7 The Fall and Rise of Reginald Perrin

This 70s comedy is pretty much legendary in the UK. Reggie was a kind of Everyman, tired of his daily commute and unfulfilling job, who has a breakdown and fakes his own death. If that doesn’t sound funny, then hunt it down and watch a masterclass in comedy writing.

8 My Name is Earl

Petty thief Earl wins a lottery, then immediately has an accident that changes his life. Having concluded that the accident is a result of karma paying him back for all the bad things he’s done in his life, Earl concludes that he has to put everything right. Each week he crosses off a different item on his list. With a great supporting cast, including his dumb but sweet brother, and his shrewish ex-wife, this shouldn’t be missed.

Probably long-forgotten, but this 80s comedy was a gem. Trigger-happy maverick cop Sledge was ready to shoot anything that moved, only really cared about his beloved gun, and drove his boss insane. I loved the manic look on Sledge’s face as he insisted ‘Trust me, I know what I’m doing …’.

In an age of ‘You can’t say that, you might offend someone!’, South Park’s total irreverence is utterly refreshing. After all these years, it’s still funny, daring, and still finding targets to make fun of. Altogether now: ‘Oh my God, they killed Kenny!’.

Now, remember that this is only a selection, and is in no particular order. Feel free to add whatever sitcoms you love!

diet
How to Eat Healthy on a Budget ...
hair
Can adults wear pigtails
shoes
7 Snug Pairs of Shearling Boots ...
diy
20 Festive Thanksgiving Crafts for Your Family ...
money
7 Incredible Reasons to Pay Cash for a Car ...

What foods make your butt big ...
Is lamb or chicken better for you ...
What to bring to a potluck easy ...
How to look sexier ...
Why do guys compare you to their exes ...
How to mess with a guy ...
Which food is junk food ...
How to grow indoor vegetables ...
How to start feeling like yourself again ...
What to do when your cousin has a crush on you ...