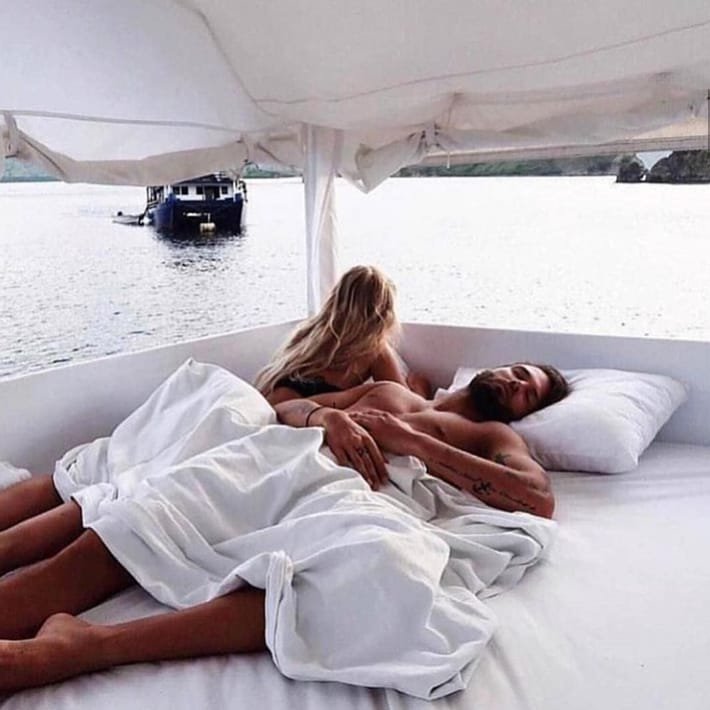 *"We had a wonderful house tour of the new place she was going to move in with Howard and baby Dannielynn, her spirits were high," Steines (the interviewer) said. "She took me through the room she put the pole in to do her pole dancing routine to help work off her excess baby weight."

*Steines told NBC’s "Today" show that her attorney found her face down in her pool some time after her son died. He says her bodyguard gave her CPR "and saved her life."

*"We took a break in the day and had a heavy conversation about methadone and the stories that were swirling around Howard, and the death of Daniel and the accusations that he, perhaps, had something to do with that death," Steines said. "We talked about the dreams she was having about Daniel and the ongoing nightmares about him lost somewhere in the afterlife."

*"It’s a beautiful home they were remodeling," he said. "It was right on the waterway. They came here to Hollywood, Fla., to pick up a new boat that they wanted to have. They had a dock on that house and they wanted a boat to go in and go for rides and take Dannielynn out on the ocean and enjoy. But they came here to pick up that boat and take it back (home)."

*"Everyone in my life has stabbed me in my back or said something bad about me or sued me or blackmailed me for money. I’ve just — my whole life it’s just been rough for me," Smith told Steines in the interview.

*When Steines asked whether she still had the power to fight, she replied, "I feel strong. I’m tired. I’m really tired of the fighting, but I’m not going to stop the fight until it’s done."

*In Steines’ observation, when he met with her he could tell she was a little more withdrawn than previous interviews.

*"Yeah, I could tell that she was starting to fail in that interview," he said. "You could see, even though she said there was fight left in her, it was a false front, if you will. I think she knew that was — it was piling on. The TrimSpa stuff that was coming up, she had Daniel’s death. The DNA stuff to deal with. It was a lot and I did notice that, even though she didn’t talk about Dannielynn, there’s a different relationship there, a little more withdrawn than when I sat down with her back in October. I think it was all starting to take it’s toll."

*Steines said Stern and Smith were planning to marry.

*"I can tell you I had plans to come back down here on the 23rd of February to attend and cover their wedding," he said. "Howard had proposed. They came here alone when they picked up the boat. Howard was going to pick up the ring. She wanted a 10-carat diamond ring. She didn’t care necessarily about the quality or the clarity but she wanted it to have color and they were here planning a future."

Via Entertainment News, Headlines and Video ...