9 Reasons to Control Your Temper ...

Girls, we all get mad. At work, at home, when we go out to eat: things happen that just grind our gears. Dealing with anger well is a real skill, and one that every grown up needs to master. We can’t just lash out every time things don’t run smoothly, ladies, and here is a list of reasons why not …

1 It Gives a Bad Impression

Girls, have you ever seen someone losing control in public? It’s not pretty. In fact, it’s embarrassing. Don’t be that crazy lady yelling at the waitress. Take a breath, relax and try to express your irritation in a more productive way.

It’s just a fact that people are less likely to listen to you if they feel you’re being irrational, and girls nothing says irrational like ranting your head off in the middle of the mall. Trust me girls, you won’t get your point across by screaming it and gesticulating. If any thing, the person you’re talking to is likely end the conversation by calling security. 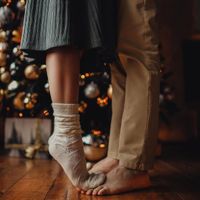 14 Unexpected Things Every Single Girl Must do during the Holidays ... 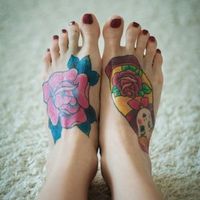 Swollen Feet You Need to Try These Home Remedies ...

One of the most irritating things dreadful sexists say about women is that we’re too emotional. Ladies, it’s this kind of thinking that kept us out of the workplace for hundreds of years and denied us the vote; don’t give people the opportunity to believe it’s true.

If lose our tempers, ladies, we lose control. When we’re ranting and raving we don’t think about what we’re saying and invariably we end up being hurtful. Girls, I know I almost always regret the things I’ve said in anger; try to have some foresight and force yourself to bite your tongue.

5 It Can Damage Your Reputation

Losing your temper can have serious repercussions, especially at work. Not being able to control your emotions shows employers that you can’t maintain professionalism under pressure and might even lead to your being passed up for promotion, or –worst case scenario –fired!

Apparently, people who allow themselves to become very angry die significantly younger than those who can maintain control. In fact, scientists tell us losing your temper regularly makes you 19% more likely to die of a heart attack!

Studies have shown that people regularly injure themselves and others during and after temper tantrums. Whether it’s punching someone in the face out of anger, or crashing your car distracted by feelings of irritation, this kind of pain could be avoided completely by exercising a little control.

8 It Makes Apologising That Much Harder

If you allow yourself to lose control in an argument with a loved one, forgiveness and apology tend not to come easily. It’s often very difficult to reconcile after a serious blow out because it’s hard to admit that your extreme behaviour might’ve been a little uncalled for.

9 It Prevents Us from Listening

Often we lose our tempers in response to criticism from other as a result of wounded pride. Sometimes ladies, hearing about faults is a good thing. Next time you feel someone has passed a critical comment about you, force yourself to take a moment and think about it; whether you find it fair or not, don’t react aggressively.

Ladies it’s totally okay to get cross sometimes; remember anger is an important emotion and we need to be in touch with it. What is important, though, is that you channel your strong feelings intelligently so you don’t end up doing damage to yourself, or to others. What do you think girls? Got any tips on how to stay in control?