You guys know that song, “Video Killed the Radio Star” by the Buggles? Well, I think we need a catchy phrase like that for the new millennium, because guess what? There are no video stars any longer! At least, not really. See, here are 7 ways I think MTV – and VH1, too, but MTV is hipper – is killing the video star. Maybe you'll agree with me!

MTV's many, many, many reality TV shows are definitely killing video stars. The same is probably doubly true for VH1, because it has even more reality TV endeavors. Even channels like CMT are starting to incorporate more unscripted TV shows than videos. They seem to think it's enough that their shows star former or current musicians. Guess what? It's not!

And then you have the scripted shows, like the Hills and things. I haven't ever been able to get into that show, its originals, or any of the spinoffs. I don't even understand it. Is it scripted? Is it true? Huh? The one thing I do know is that the Hills and Laguna Beach and the City and what have you, are all taking up space where videos could be played instead. I mean, I remember watching Beavis and Butthead, the Senate, Singled Out, and shows like that – but at least Beavis and Butthead played videos! 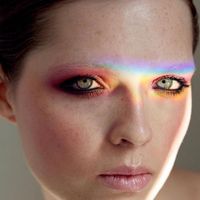 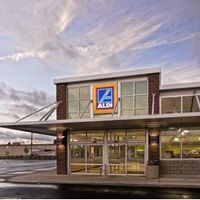 Why shop at aldi

For that matter, MTV has too many franchises in the works to even pay attention to videos anymore. They have to keep the Hills going. And the Real World, which is in, what, its 500th season or something? Plus there's that Gauntlet show or whatever, which evolved from those ridiculous Real World/Road Rules challenge shows. You also have the 16 and Pregnant/Teen Mom franchise. Yeah, I watch it, but I'd be happier with videos.

Here's one of the real problems: MTV and VH1 both only play videos where very few people are awake to watch them. Back in the day, VH1 had Insomniac Music Theater, which started sometime after midnight and stretched until 6 or 7 o'clock in the morning (I think; something like that, anyway). Perfect! I watched them before I went to bed at night and got to see them in the morning while I was getting ready for school! Sweet! Now? Not so much. At most, you get to see 30 seconds worth of a video between reality shows. Great.

See, this is what MTV has now. This is its video block. It starts around 4, sometimes around 3am, and stretches until, I don't know, something like 9 or 10 in the morning. So … people are either sleeping, at work, or at school. Who's around to watch videos at that time frame? You'd have to play hooky to see any music videos! Okay, I work from home, technically I could watch them, but how many people, all told, are able to work from home?

Oh, MTV is full of hypocrisy. Want to know why? This one is short, sweet, and simple: they have a huge, wildly popular music video awards show, right? But they don't show hardly any of those videos! You have to go watch them on Youtube or something if you want to see them! MTV awards artists for their creative videos … but then rarely plays the videos they are awarding. Um. What?

7 There Are No Videos

Not really. There really aren't any videos. A few hours when no one can really watch them, some blurbs between shows, and that's it. It's depressing.

streetstyle
This Insta Style Queen NEEDS to Be on Your Follow List Because She is on Point ...
makeup
7 Gorgeous Makeup Shades for Fall Thatll Look Good on Anyone That Wears Them ...
fashion
3 Must Have Jackets of the Season ...
lifestyle
7 Best Blogs to Motivate You ...
food
Why shop at aldi

What can you fo when you turn 18 ...
How to make best friend fall in love with me ...
What food became the most important in the americas? ...
How to save your boyfriend's name ...
There is no charm equal to tenderness of heart meaning ...
How much b12 in an egg ...
Is fresh fruit gluten free ...
How to tell someone they are amazing in bed ...
Amuse bouche what is it ...
What goes with rice and gravy ...