Suicide … it is not pretty thing. It’s sad. It’s something that many (TOO MANY) humans do every day – the amount of people who attempt suicide each day is horrifying. It’s sad to think just how many out there feel that they have to kill themselves to make life better. Below, I am going to give you 7 facts on suicide …

During the last couple of decades, the suicide rate in young people has dramatically increased. During the year 1996, suicide was listed as being the 3rd leading cause of death for those who were between the ages of fifteen and twenty four.

It is estimated that there is an 8-25 attempted suicides to one completion. This ration is higher in the young people and women. It is lower in the elderly and men. 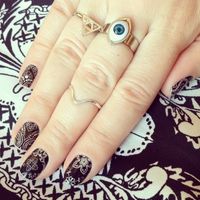 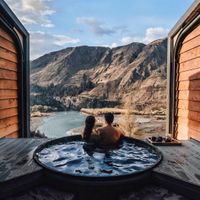 Most of the suicide attempts are expressions of distress that should be addressed – it is not a bid for attention. Any individual that is suicidal or who you think is suicidal should never be left alone. They need mental health treatment right away.

Over thirty four thousand people die of suicide each year in the United States. Wow, that is thirty four thousand souls! This is a horrible fact – sad, but true. Every day, around ninety five Americans take their own life. 2,370, each day, make the attempt, but fail. It is said that an attempt of suicide is made every 40 seconds. Throughout the entire world around 2,000 people kill themselves every day.

Amongst the famous figured that committed suicide, you are going to find Cleopatra, Sigmund Freud, Judas Iscariot, Nero, Hannibal, Virgina Wolf, Sylvia Plath, Marilyn Monroe and so many more.

The months of March, April and May show the highest amounts of suicide. It is 4-6 percent higher than average for the remainder of the year. The holidays (December) is below average.

I read about a college student that committed suicide in front of a live Web cam by taking a drug overdose. Some of the users should be ashamed of themselves, because they were sitting there egging the college student on. This is horrible. There are even some Internet sites that give details on the most effective ways to commit suicide. I can assure you that you are not going to find any of that rubbish on Allwomenstalk.

There you have 7 facts on suicide. For those of you out there that are having problems in life, you should realize that things could be worst. I can’t go and tell you how to live your life, but I can tell you that you need to stand up for yourself, face those problems in the eye and find a solution. The solution could be easy or it could be hard - either way, you will get stronger by coming up with a solution and eventually, things will not seem like they are so tough. So, do you have any other facts?

What vitamin is in a orange ...
How to praise someone during sex ...
Vinegar is made up of ...
What are the common food items eaten by you ...
Is barely gluten free ...
How to have more color in your face ...
Why does beer get me more drunk than liquor ...
Will he leave his gf for me ...
Is baking good for health ...
What eyeshadow goes with blue eyes ...