good evening! so before i plunge into my thoughts on beyonce's los angeles show last night - i must first say once again that i'm a huge fan of ms. knowles & destiny's child - with that being said i can now say that last night's 'beyonce experience' was a drop disappointing - ok yes i know some people who have seen the show will totally disagree with me - it wasn't horrible by any means but overall i think the 'experience' can be summed up as 'over ambitious' - girlfriend packed way too much into the her show - it was all over the map and didn't have a very cohesive feel unlike some recent concerts i've seen (i hate to keep comparing it to the timberlake show but i can't help myself - that show was super tight!)

some songs she didn't even finish before she was onto the next - like one of my favorite tracks ring the alarm - she only did about a half of the song! she also did a destiny's child medley but it all went by so quick - i would have preferred if she picked one or two songs and did them in their entirety! at the end of the medley she did a bit of survivor and called michelle williams & kelly rowland to the stage - to sing about 30 seconds - the crowd went wild - as did i - but poof they were gone before you knew it! she could've had them out for the whole song! then when she did upgrade u - she was joined by her main man jay-z who laid down his rap section of the song - again the crowd went nuts! but there were plenty of moments where people sat down as she ran through most of her ballads - i will say her voice was impeccable and she looked totally gorgeous but the whole show felt like she was trying to hard or something (b is a little over the top and sometimes too dramatic - her inner diva needs to calm herself down) it's hard to put my finger on exactly what the problem was...

for sure i didn't like the stage set-up at all which had no ramp/runway extending into the crowd - it was just a regular stage (with steps where the musicians were planted) i much preferred how madonna's most recent concert was staged with a runway where she could run down - or justin timberlake's round stage placed in the center (probably the best set-up i've seen at a large arena) my seats were decent but it's always fun to see them a bit closer!

there were plenty costume changes (i did notice that i think she has gained a few pounds - not a lot but i've seen her thinner than last night) her male dancers were super hot and the all girl band totally kicked ass! her last song was 'irreplaceable' and ms. knowles made the crowd sing the whole first verse before she took over (a video from her anaheim performance is below thanks to somah who also let me use his pictures below!) then at the end her dancer & back-up singers rolled out a huge birthday cake - kelly & michelle popped up again - and we all sang 'happy birthday' (she turns 26 tomorrow) this was also her last north american show - she has like five more dates in canada and then the tour is complete - i'm very interested to see what she'll do next! (they were filming the show last night for a DVD release - of course i'll have to pick that up when it's released)

in the end i was way glad i went (although whenever i go downtown i get so lost - the streets totally confuse me and when i went to park i hit the curb which almost gave me a flat tire) i simply had to see her live but the show should have been tighter and not so scattered & hurried! when i got home i was flipping through my $25 souvenir program book - and it's the first one i've ever bought that had ads in the back (house of dereon, armani's diamonds, l'oreal, and samsung) which also slightly annoyed me...i still love my girl beyonce but i certainly couldn't give the show a glowing review - if anyone else has witnessed 'the beyonce experience' please chime in with a comment on what you thought! popbytes over & out for tonight - oh yes it's back to the daily grind tomorrow - ugh! xxoo 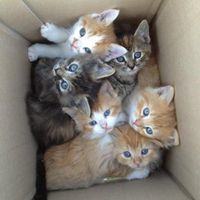 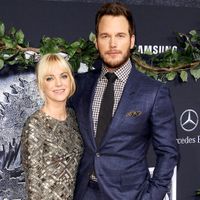 funny
8 Signs You Might Be a Crazy Cat Lady ...
health
7 Heart Health Tests You Should Have ...
hair
Old hollywood hair
celebs
Britney Spears Serves up Legal Papers to Her Mom
celebs
21 Celebrity Couples Who Split in 2018 ...

How to food budget ...
How to be more affectionate in public ...
When a guy expresses his feelings ...
What to make with fresh corn ...
How to tell a friend you love him ...
I hurt his feelings ...
How to ignore your haters ...
What kind of food do cats love ...
Is peanut butter bad for indigestion ...
Why join a sorority ...