Fashion rocks the ancient streets of Milan, as music is the aphrodisiac employed in every posh Via Spiga shop, on every runway, putting everyone in the mood for. . . well, love actually—this is Italy!—but mostly for shopping. Designers regard their sound tracks as a most essential fabric, without which their shows would appear naked and neglected. Last we heard, Karl Lagerfeld and Michel Gaubert, music director of his défilés (the naughty-sounding French word for fashion show), had compiled an abridged version of his favorite iPod playlist (including everything from Devendra Banhart to Stravinsky), soon be available on double CD. Shuffle that Chanel, girl! Not to be outdone—and when has she ever?—Donatella Versace not only had le petit Prince himself lend ever-brilliant star power to the front row of her spring show, she also arranged for his special performance at a party she threw that night at Teatro Versace. Talk about mass with class! Many hundreds of hipsters were pushing to get past the velvet rope when Hal Rubinstein—InStyle's six-foot-plus, perennially nattily dressed knight in shining armor—came to the rescue of Marie Claire editors and charged us to the front of the line. (The yellow rubber wristbands marked “Versace” that we'd temporarily swapped with our Lance Armstrong “Live Strong” ones helped, too.) The concert tickets were free, so for a few hours, you didn't have to be rich to be Donatella's girl or boy, you could just enjoy the tunes and twin blonde dancers. Condé Nast Traveler's Mark Connolly remarked that he'd just had a “fash-gasm,” and as soon as we get the chance, we're going to look that up! While Prince refashioned some of his '80s platinum hits, elsewhere, designer runways rocked to cool, modern remixes of famous songs from all eras—which MC Fashion Director Tracy Taylor says is a perfect reflection of how designers are finding inspiration by cherry-picking their way through the decades. Fendi's futurist executive chic was accompanied by Scissor Sisters' version of Dolly Parton's “9 to 5”; Prada's postmodern vintage inspirations strutted to revisited Billie Holiday. Sexy Justin Timberlake was. . . everywhere. The Marni outlet is a secret all the fashionistas like to pretend they have to themselves. In the middle of what looks like one of Milan's sink estates, you might think the address had been passed on by a fashionista to get you out of the way so she could pinch your front-row seat—but it turns out to be a low-lying warehouse, 20 minutes out of town, pannini'd between two giant apartment blocks flying laundry from their terraces. Trot down broken concrete tiles and there you find it, stuffed with fashionistas wrestling boxy shirts and coats, 50 percent off, from each other. Missoni was also nice, restrained, not quite as colorful as previous seasons, and with a plethora of boob tubes worn as belts, which might look great in the store but take confidence to wear to work in the morning. Ms. Missoni had to hobble on to take her much-deserved bow, as she's got a big boot on her right foot from an accident. . . On to Paris, where the route from Charles de Gaulle takes you through the tunnel Alma, where Princess Diana died. Our driver, fresh from chauffeuring Anne Hathaway for her recent publicity tour for Le Diable s'habille en Prada last month, recalled one night when Hathaway, being followed by the French paparazzi on motorbikes, screamed at him to drive faster. "I told her, 'Do you want to do a Diana?'” Thus chastened, she told him to keep to the speed limit, which he had no intention of ignoring. The main drama for the fashion central hotel Meurice is that the centre fitness is being ferméd from Monday for three weeks! At 2 a.m. we made an impassioned protest with the manager, who, bewildered by the Americans' need to work out every day, muttered about seeing if he could do a deal with a neighboring hotel. Meanwhile, the forecast is for rain all week, so panicked, prophylactic workouts in the Jardin Tuileries sufficed while the sun still shone. On to Chez Prune, adjacent to the newly cool Canal St.-Martin, for a fortifying cassis, to figure out which hotels have the best gyms to remain strong enough to last the week. . . Try Marie Claire FREE and learn more ways to make this season's fashions work for you [...] [...] 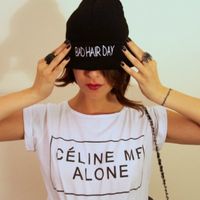 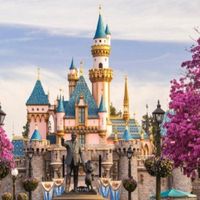 Do You Recognise These Real Places That Inspired Disney Movies 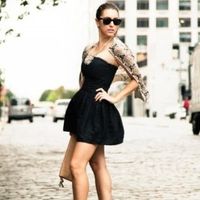 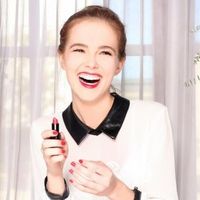 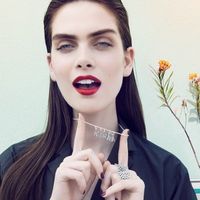 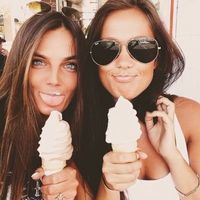 The Absolute Top 10 Ways to Give Your Skin a Healthy Glow ...

How do i get my ex to leave me alone ...
Is tomato rich in vitamin c ...
How to extend your writing ...
How to propagate romaine lettuce ...
What is a good actor ...
How to respond when someone rejects you ...
Why is listening to your parents important ...
How to flirt with a guy in class ...
Vitamin c how much to take ...
Is it safe to eat expired yogurt ...