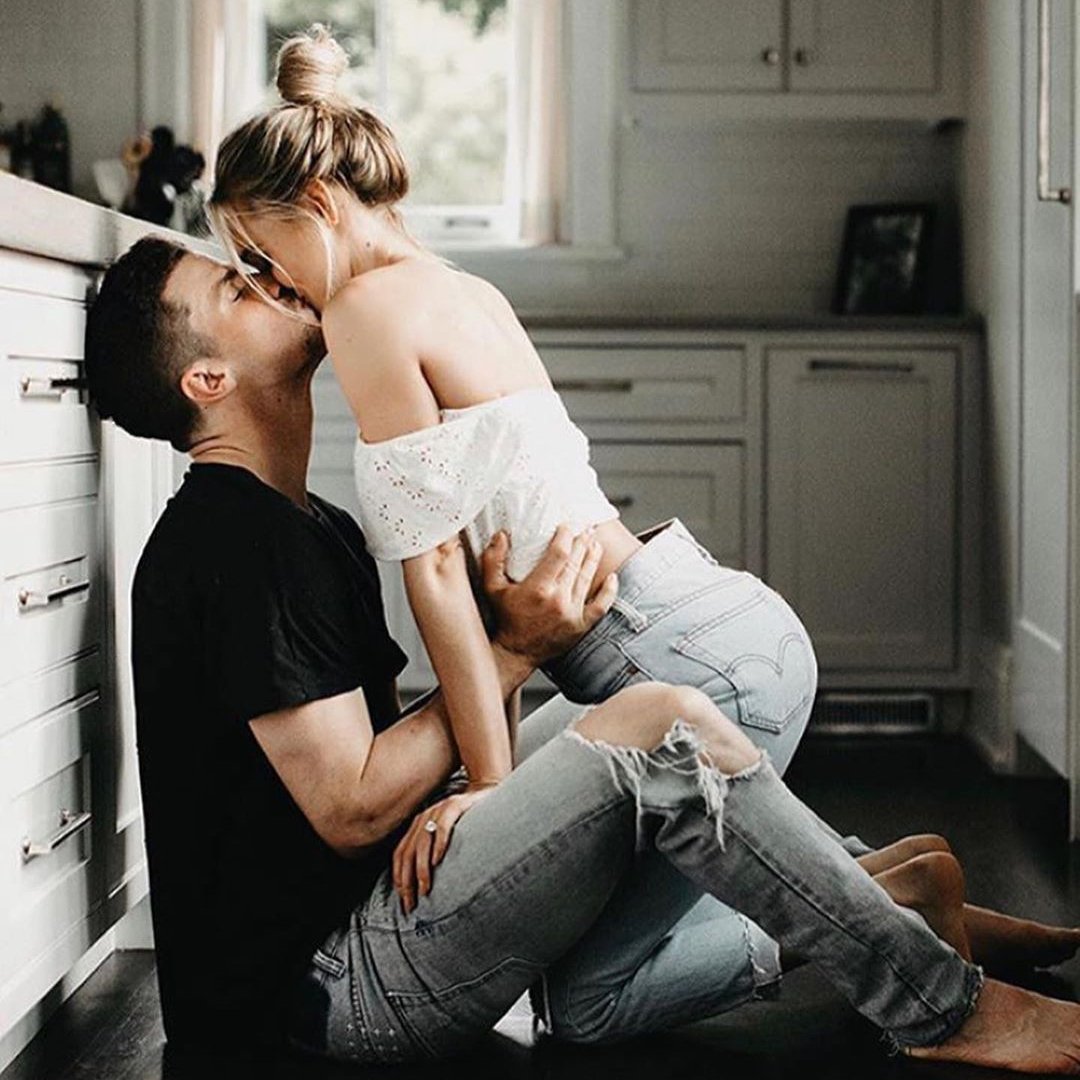 I often make male-female jokes and some of my posts here really sounded like I see our dear male part of the population as a necessary inconvenience. But, let’s put all those jokes, which I hope guys understand, aside for now and be brutally honest – We CAN and we should try to be a little bit more nicer to them. I totally agree with the fact that not all guys deserve that, but again, I’m sure you wouldn’t waste your time with a man that doesn’t appreciate all the nice things you’re doing for him. So, here are some things you can do for your man:

1. You Can Compliment Him

Men like compliments too so, if you think he looks great just tell him that. Complimenting a man on his looks does feel a little bit strange because we got used to receiving compliments rather than giving them and we are usually too embarrassed to speak our minds in front of them. However, next time you want to say “That shirt looks great!”, think about adding “on you!” and you’ll see what I’m talking about. A great shirt is a great shirt in general but a shirt that looks great on him, now that’s something. And if you keep adding compliments and commenting why is that so, you’ll actually have the chance to see his facial expression go from slightly shy but satisfied to proud and utterly happy.

Let me put it like this – I like to cook and I’d rather have us eating home cooked meals than those chemical-rich pre-packed mixtures or takeout. He cooks for me, I cook for him and when we don’t have time for that we’ll eat the aforementioned “junk” and comment on how good it is. That’s just how it goes. Now, why am I listing this as one of my points? Because some women these days feel like cooking for your man means you’re old fashioned in that bad way and I’ve met plenty of women that refuse to do this because they are afraid he’ll get used to it and start insisting that this is how it should be. So, if you want to cook and like to cook, don’t be afraid to do it. Or, if you’re already doing it, don’t let your environment tell you what you should and shouldn’t do. He will certainly appreciate the fact that you sacrificed the little free time you have to make something tasty just for him and he should return the favor anyhow he can.

3. You Can Admit He’s Better at Something

This is like complimenting him, just much harder. LOL! But seriously, we can’t all have the same skills and qualities, so if he’s really great at something, be sure to tell him that. Letting a man know you appreciate his skills is a huge ego and confidence boost and he’ll not only be happier but more willing to demonstrate those skills to you again. Saying that he does a certain thing better than you doesn’t mean you can’t do it – only that he’s more efficient as you probably are at some other things. A relationship is a team sport so you won’t win the game if you’re constantly tripping your team mate. Guys have a kick out of teasing each other so don’t go the same road – Be his safe haven instead, the one who truly appreciates his skills and the only woman who sees how great he really is and he’ll never go around searching for the one that could give him more.

4. You Can Be Extra Nice Sometimes

You can nurse him when he’s sick or offer to do his chores or give him a massage if you know he had a rough day at work. You love him, care for him and you’re ready to be there for better or worse and, it’s little things like these that show that you’re not a selfish one. He should, however, return the favor and do the same for you when you’re feeling down –no excuses.

5. You Can Ask Him for an Opinion

So, let’s say you have a man that is an important part of your life. Not one of those now-you-see-him-now-you-don’t type of guys but a man that’s here to stay. You’re planning your future together or are already in the process of making it. Well, one of the things he’ll appreciate is your interest in what he has to say so ask him even if you know he’ll probably say, “Whatever you want, baby.” Couples make decisions together, that’s what brings them close. Let him take part in your decisions and he’ll definitely feel more loved, more close to you and more comfortable to do the same.

6. You Can Initiate Things

It’s up to the man to plan your evening out, it’s up to him to make the first move in the bedroom and it’s up to him to remember your family’s birthdays and anniversaries. Let cut them some slack, ladies! They could use a little break plus, taking control is a really great thing to shake things up and show him that you WANT to spend time with him and that you’re not accepting his suggestions only because you have nothing better to do. Tell him where you want to go or, even better, surprise him by planning an entire date. Next time you feel like making love, you make the first move, don’t just lay there hoping he’ll do it. Tell him that you sister will be having a birthday soon and ASK him if he has any ideas on what the two of you could get for her. Doing these things will not only make your relationship more interesting but demonstrate how much you like being with him and he’ll certainly feel more comfortable knowing he’s not the only one trying hard.

7. You Can Admit when You’re Wrong

“Sorry” is the most magical word of them all and I’m really sorry not many people are willing to say it. If you have made a mistake, say that you’re sorry and ask him for forgiveness. A simple “sorry” won’t make you a lesser person but a bigger one instead. Don’t pout or pretend like nothing has happened – if you have done something to hurt him, apologize for that. This is the only way to stop the negative emotions from building up inside of him. Yes, he will forgive you for snapping at him even if you don’t say you’re sorry. But if you had no reason to act out, his feelings are probably hurt and the only way to mend them is to offer a sincere apology. Yes, it’s hard, but it’s something that will make him happy.

These points may not look like much but, ladies, it’s simple things that we often forget, not the big ones. But tell me, what have you done for your man lately?