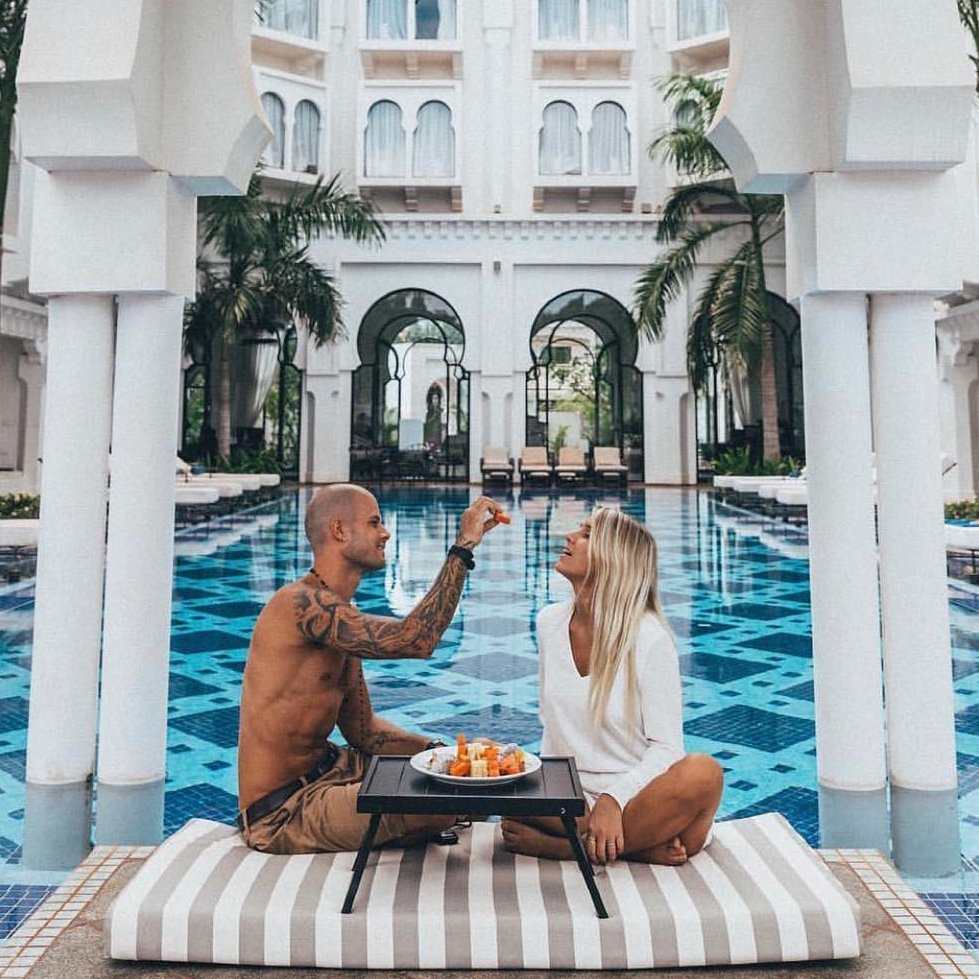 I’m married to a guy who intentionally shaves his head, due to his receding hair line and the fact that he has a few more gray hairs than he’d like! I’ve always thought a shaved head looked extremely sexy on guys. I also like how more and more men are resorting to simply shaving their head instead of fighting baldness with the dreaded comb over or a horrible toupee. Here are 13 reasons bald men are sexy. See what you think!

No bed head in the morning either! Bald men can roll out of bed and look sexy in whatever they put on, since they don’t have to worry about their hair sticking up at random angles all over their head. This tidiness carries on throughout the day as well. There’s no sweaty hair plastered to a bald man’s head when he finishes running a mile or after working outside on the hottest day of the year.

Look at how many action heroes are bald. A number of actors have chrome domes and look way sexier than men with pony tails. Bruce Willis, Vin Diesel, Jason Statham, and Samuel L. Jackson all look great bald and I think their lack of hair also adds to the strong appearance needed for their roles in action movies.

3. Baldness Seems to Go along with Maturity

Bald guys tend to have a lot to deal with, when it comes to explaining their reasons for shaving their heads. I think constant confrontation causes them to become more mature quicker. I’ve yet to meet a man who is bald and immature. I’m sure there are plenty out there, but to me baldness tends to equal maturity.

4. They Tend to Be Less Hung up on Looks

Seeing as how bald men don’t have long locks to fuss with, they are often less inclined to require an hour to primp in the bathroom before heading out of the house. The bald men I know are very down to earth and less worried about how they appear to everyone else. They tend to have the attitude of "take it or leave it."

5. The Lack of Hair Makes Other Assets More Noticeable

From afar, I tend to notice a guy’s hair first. If he happens to be bald, then it forces me to take notice of other things about him instead. I might notice his smile, the way he stands, his facial expressions, the way he gestures when he talks, or any number of things that would have been noticed after his hairdo.

6. They Don’t Have a Silly Looking Haircut

There are terrible haircuts given every day. I’ve witnessed plenty that should have been shaved off right after they were completed. Bald men never have to worry about having a botched hair cut. They look sexy whether their head has been closely shaven or if they have a just a short layer of hair.

In my opinion, confidence is very sexy. It doesn’t seem to matter what a guy looks like, when he has a lot of confidence it shows in so many ways. A man who is sure of himself will walk with his head high, smile at everyone he meets, and ooze charisma.

8. Many Good-looking Celebs Are Bald

Everyday men aren't the only good-looking men who happen to have no hair. After all, Vin Diesel, L.L. Cool J, Bruce Willis and Michael Jackson are all bald, and I seriously doubt they have trouble picking up men. Plus, even if you're not a celebrity, obviously bald is a trend, so why not go with it?

Any man who can accept that he has no hair and not pull out a toupee to try to look younger, is definitely someone to be admired. He accepts his body is changing and that's a good thing. Men who are adaptable, especially when it comes to being bald, are men that can accept physical changes women go through too.

10. They Aren't into Primping

I don't want to date any guy who spends more time on his hair than I do. I once dated someone who spent 45 minutes on his hair. Really? Was all that necessary? I think not. Plus, he had short hair! Bald men aren't into primping, which is a good thing and more masculine if you ask me. Plus, they won't take up your bathroom space with all their styling products!

Men who are bald have higher levels of testosterone than men who aren't bald do, which effects the hair loss. That means their libido is much more active and alive, so you never have to worry about them not being in the mood!

12. They're Less Fussy with Mirrors

You know what used to get on my nerves when I would date guys who fixed their hair really nice? They would check it in the mirror as much as I did. That's just not sexy to me. In fact, I would always rather my guy put on a ball cap than worry about his hair. Bald men don't have this issue. They're good to go all the time with no mirror checks on their hair every few hours.

Speaking of bald men and hats, if they put one on, there's no need to worry about him getting hat hair! Personally I never minded a little hat hair, but if it matters to you, it's another benefit of dating a bald man. He can put a hat on or off and still look hot.

These are 13 reasons bald men are sexy, in my opinion. If you also feel that a bald man is sexy, what reasons do you have behind this feeling? What does your man think of the debate?