8 of My Favorite Classic Actors ...

I had to narrow my list down to only 8 of my favorite classic 8 Actors I'd Love to See More of ... @Lyndsie. I can think of at least a couple dozen of guys who have made their mark on the movie industry and will continue to be admired by future generations. I’ve given you a little blurb about each actor below, just in case you aren’t familiar with the name of the actor.

Photo Credit: americanthings.wordpress.com
I remember seeing Gregory Peck for the first time in the movie To Kill a Mockingbird. I had to watch it for an English class I was taking in high school, but ended up enjoying the movie. Gregory graduated from Berkeley and then headed to New York City to study under the legendary acting teacher, Sanford Meisner. He made his Broadway debut in 1942 and moved on to films a couple of years later. Days of Glory was his first film, with many more to follow. Gregory was supposed to be Grandpa Joe in the newer version of Charlie and the Chocolate Factory, but his death kept him from accepting the role.

Photo Credit: upload.wikimedia.org
I think a lot of people think of singing when they hear the name Dean Martin. However, he was not only an excellent singer, but he was also a comedian, TV star, and an actor. Many of his movies or television shows included at least a few singing numbers by Dean. Even though Dean Martin wasn’t nominated for a number of awards throughout his acting career, I still think he made an amazing impact on the movie industry. I enjoyed most of all his comedic and sing-song films he starred in. 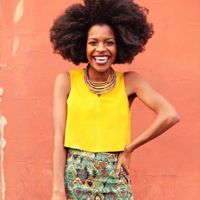 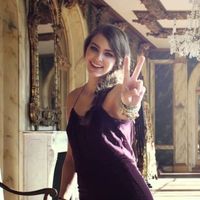 Photo Credit: rolf-krekeler.com
Most people got to know Walter Matthau when he portrayed Oscar Madison in The Odd Couple. I first saw Walter in The Bad News Bears in 1976. However, my favorite movies were Grumpy Old Men and Grumpier Old Men. His list of movies, television roles, and stage appearances is seemingly endless. Walter Matthau was a man who was great at both serious roles and comedic ones. I wish there were more actors like him today.

How can I have Walter Matthau on this list without also having Jack Lemmon? These two actors seem to go together like bread and butter. They met during the making of The Odd Couple and ended up starring in many more movies together. An interesting fact I found out about Jack is that he was born in an elevator in a hospital. He could also play the piano, double bass, and harmonica. Jack graduated from Harvard in 1947 and made his film debut as a plasterer in the 1949 movie The Lady Takes a Sailor. But, this role was not credited. It wasn’t until he had a lead role in It Should Happen to You in 1954 that he actually became noticed.

As a child actor, Roddy McDowall starred in Lassie Come Home and My Friend Flicka, which are two movies most kids have seen. There was a series of movies about the Planet of the Apes, in which Roddy was one of the many chimpanzee characters. These movies were spread out between the years of 1968 to 1973. Roddy has taken roles playing anything from a psychotic character to a kind-hearted butler.

Sammy started off in vaudeville at the age of 3. He was a fantastic singer and dancer who made his way into movies when he was a part of the Rat Pack. The first movie Sammy starred in was Ocean’s 11, which I recently watched again. He seemed to bounce between film, television show, Broadway, and recording music. He was an extremely talented man. Sammy was nominated for a number of Grammy and Emmy Awards and also won some during his lifetime. He also received a number of other awards for various achievements.

I can remember seeing Dick Van Dyke dancing around on the rooftops of London with Mary Poppins, when I was very young. This was and still is my favorite musical Disney movie. Of course, who could forget Chitty Chitty Bang Bang and Bye Bye Birdie? Both of these are equally as fascinating and entertaining. Even though he started off in television, Dick was able to easily transition into the film industry. He’s also put out a few albums as well.

No matter how many movies I’ve seen with Jimmy Stewart in them, I still think of the movie Harvey when someone mentions the name ‘Jimmy Stewart’. His voice is very distinctive and is what most people use to identify Jimmy by. With 7 decades in Hollywood, Jimmy created a career filled with classic movies that have found their way into the homes of many. A total of 10 of his films are included in the United States National Film Registry. He also earned Lifetime Achievement awards from all of the major film organizations in existence today.

This list of 8 of my favorite classic actors includes the top 8 men whom I feel show the true art behind acting. They are an amazing group of guys. Who is your favorite actor from the past?

How to say i got my period in a professional way ...
Is giving nicknames flirting? ...
What are sweet snacks ...
What food goes best with red wine ...
When a guy considers you his best friend ...
What technologies do you love that you don't see others in the industry doing yet ...
Sinais que ele te acha bonita ...
What does eating raw meat do to you ...
What foods are popular in mexico ...
Why eating meat is good for you ...