6 Health Issues Women May Not Be Aware of ...

Men and women need to keep fit and healthy because numerous benefits can be associated with a strong body such as the low risk of getting sick.

However, certain diseases are more apparent in women, and below are some of the health issues that they may not be aware of.

Another health issue that women may generally not be aware of is the stress that may be caused by the mental load that they are faced with in their household responsibilities, as well as in their careers. Nevertheless, a spa retreat may help you relieve stress. Through this, you can rejuvenate and free your mind from your mental load. But you don’t need to go on retreat to relieve stress, there are little things you can do to lift the mental load in daily life. For instance, if you’ve got many to do lists, simplify them into one to bring focus. Also, if you’re not exercising, that’s an easy stress-reduction win. A top tip there is to check your health insurance as some have lifestyle program benefits such as gym memberships as you can see here. 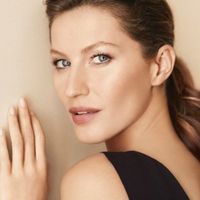 7 Reasons Not to Waste Money on Expensive Skincare Products ... 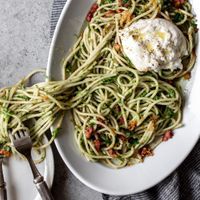 3 Physical Issues Because of Body Shaming

Women suffer from various physical issues but what they are probably not aware of is that this can be caused by body shaming or the high standards unconsciously imposed by society. A woman might go through an unnecessary diet to lose weight even if she doesn’t need to, just because she feels like not being thin enough. This can lead to health complications later on.

Numerous women, particularly the younger ones, don’t know how to protect themselves against HIV, much more so determine the symptoms and seek treatment as necessary. For these reasons, it can be deemed that not many women are not aware of this virus that attacks the immune system. Once they acquire the virus, they may put it off as simple flu, fever, or a common ailment that can be treated by over the counter medications.

Being sick because of the result of too much alcohol intake or incessant smoking can be considered as a communicable disease. This is another health issue that most women think that only men can acquire. Hence, they usually fail to acknowledge that these bad habits are causing poor health.

This disease attacks your bones, causing them to weaken and be prone to fractures. This is more apparent in women rather than men because one risk factor that can affect it is early menopause. However, this ailment is not immediately recognized by women since it only usually becomes apparent in the later years of life.

The health issues listed above are only some of the diseases that women face throughout their lives. While there may be several others more, the important thing is to be mindful of your habits to ensure the preservation of your health.

skincare
7 Reasons Not to Waste Money on Expensive Skincare Products ...
lifestyle
9 IMPORTANT THINGS to CONSIDER before YOU DECLUTTER ANY SPACE ...
health
7 Tips to Help You Prepare for Your Hysterectomy ...
beauty
10 Essential Things to Know about Cosmetic Surgery Abroad ...
food
Skinny and tasty recipes

Why should we care about the environment? ...
Why people gossip about me ...
Paris best patisserie ...
What is a fork used for ...
How to get sugar up quickly ...
How to know you're in the friend zone ...
In humans (and other animals) where does this glucose come from ...
Why is my bum getting flatter ...
What are semen stains ...
How do you masterbate for women ...