Hey guys, in order to wet your America’s Next Top Model appetite for the season premiere in just over a week, we have a special treat.

I was fortunate enough to interview Naima Mora, winner of cycle 4. You might remember her as the gorgeous girl from Detroit with a mohawk.

Read the interview below and leave your comments after. Naima herself might even read them!

Thank you Naima for your great answers.

Are you still in touch with anyone from the show?
From my cycle, I still talk with K-Len and Keenya. Now that the show is over we’re all still working as models and sometimes we have shoots together.

Have you watched other seasons of ANTM? Are you going to watch Cycle 9?
Gosh… a secret, I don’t have television. I prefer to watch movies on my flat screen at home rather than watch television, so I never got cable… so I guess no, I probably wont watch it, but I do keep up with each season in other ways, like on-line.

What advice do you have for future contestants and winners of ANTM?
Follow your heart. Listen to it very carefully and truly believe in yourself with out a doubt.

Do you feel the show accurately portrayed what went on in the Top Model house?
yes.

I see in your myspace profile you’re listed as married. Are you actually married? If so to whom, when did you get married, etc?

HAHAHA, well I’m waiting for him to pop the big question. But my boyfriend and I live together and we already act like a married couple. that’s all.

You got the coolest makeover I think in Top Model history. Do you still have the mohawk?

No, I actually do not. I grew my hair really long last year then shaved back to a mohawk toward November. But I find that I get a lot more work modeling with a full head of hair, so it’s growing back nicely now.

Are you working full time as a model now?
yes, I’m also acting and I have a few more things I’m working on that I don’t want to mention really until they’re absolutely ready. But I’ll keep you posted when they do.

Looking at the pictures of cycle 9’s ANTM hopefuls, who do you think has the most top model potential? If you had to bet on one girl, who would you put your money on?
I’ll have to get back to you on that one…

You had a guest starring role on Veronica Mars back in 2005, are you interested in doing more acting?

As mentioned above, I have been taking extensive acting training here in new york city and I have been auditioning a lot. But acting in itself is a life long career and I’m humble with it, I’ll get another debut when the time is ready, until then I’m preparing.

Do you think of yourself as a good role model for young girls?
Funny, I didn’t used to think I was such a good role model. I think I was just overwhelmed with whole fame of celebrity. Now after being in the industry for a little while, I’ve grown a lot and I work really hard on maintaining a good image for my fans to look up to and be inspired by. I think that’s really important.

Have you always wanted to be a model?
Yes. More so, I’ve always wanted to be a performer. I do remember taking modeling pictures with my mom when I was growing up in Detroit. I had to be about 8 years old. But then I was obsessed with classical ballet and moved to new york for that reason. While dancing though, I began to pursue modeling on the side, and now my dreams have come true.

What were your childhood dreams?
To be an astronaut, to be a singer, to be a model, to be a dancer, to be a mom, to have a little family and a nice house, the same dreams most little girls have.

If you could have lunch with one person, living or dead, who would it be?
John Coltrain 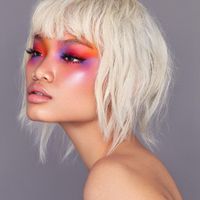 Ways to Supersize Your Fine Hair ... 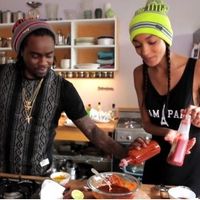 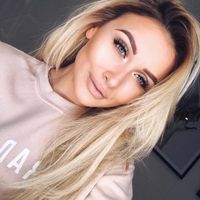 Girls Guide to Nutrition to Help Have Healthier Skin ... 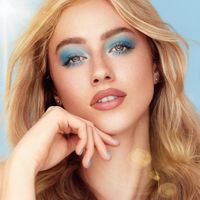 Genius Ways for Sarcastic Girls to Show Their Colors without Being Offensive ... 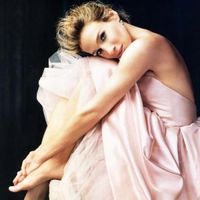 7 Ways to Moisturize Your Skin Overnight ... 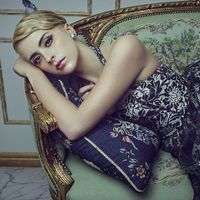 7 Reasons Why You Tend to Overthink Problems ...

What to cook with cucumber ...
Is gluten-free healthy ...
How to change ur appearance ...
How to know if i am arrogant ...
Is gluten free good for you ...
What trousers suit short legs ...
What foods fill you up ...
How to make him earn you ...
Is hemp a complete protein ...
Is a plant based diet better than a meat based diet ...