I've often wondered why girls gossip so much. I'm not judging, mind you, I do it too – and sometimes I have to take a step back, have a Tyra Banks moment, and realize I'm doing it because I'm feeling insecure about something. But sometimes, it's just for the story and at other times, it's just to stay in the loop, and – well, you get it. There are just so many reasons that I decided to find out some of the main reasons women gossip. Do you agree with any of these?

One of the reasons a woman may gossip is because it helps her process her own experiences. For instance, a woman may gossip with her girlfriend and not feel like she is gossiping at all. Rather, she might just be trying to dissect and understand her own experience. She might need perspective on a matter and, if it involves someone else, it can simply be construed as gossiping.

Then again, some women gossip so they can fit in with other women. In many ways, it's a way of showing that you have trust in the woman you're confiding in, because you're sort of sharing a secret. So, although you may be sharing something about another person, in a way you're also bonding with the people you're telling. 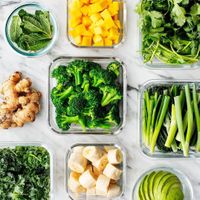 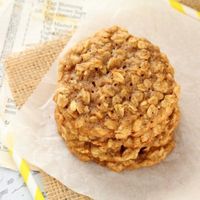 It has to be said, however, that some gossip comes from a place of cattiness. Again, I'm not judging. Even if every woman isn't guilty of this, I think we all have the capacity within us to be catty. Some women simply don't give into the urge. However, I also believe that feelings of cattiness typically come from feelings of insecurity or low self-esteem, even if those feelings are only there for the moment.

Believe it or not, many believe that gossiping can reduce stress. It comes down to the fact that, sometimes, hearing about someone else's bad times can make you feel better about yourself. That's not a great thing but, again, I think everyone has the capacity to feel this way, so while it's not the most positive trait, it is a normal one. While you're not precisely happy about the circumstances of someone's unhappiness, you're likely to compare yourself to her situation and will at least feel less stressed about you're own life because you aren't going through what she is.

Sometimes, gossip acts as a validation for your feelings. It can prove your point of view somehow, because you're able to discuss someone who rubs you the wrong way, or whom you feel has done you dirty in some way. You're not necessarily gossip to be mean, but again, to get perspective, to be soothed and told that it's okay to be hurt by what someone did.

Pretty much everyone in the world has watched Mean Girls, right? Ultimately, Lindsay Lohan ends up gossiping with the Plastics because she wanted to get in and be friends with them. It's kind of disheartening that gossiping about others can make you form friendships with others, but when you think about it, it's true – and when you really think about it, then it's actually easy to see why.

Finally, gossip can be a learned trait. Think about it: every TV show or movie you see where there are women friends, they gossip about someone. We heard our moms do it with her friends, we heard our friends' moms do it, we heard the older kids do it.

So sometimes gossip isn't coming from a mean or nasty place, although it can still hurt others if you aren't careful. And sometimes, hard as it is to actually admit, gossip may be necessary. But tell me: how do you feel about gossiping?

What foods are bad for anxiety ...
What food is protein ...
What is macca ...
In the story of baba abdalla how does baba abdalla respond after losing his sight ...
What makes him want you more ...
What's the best starbucks drink ...
What is the biggest selling music single of all time ...
Why is it important to be considerate ...
How to know if you are a tomboy ...
What does jealous type mean ...