Unique and Fun Facts about Thanksgiving for People Who Love Trivia ...

Thanksgiving is finally here and so are these fabulous facts on Thanksgiving! Hopefully, they'll entertain you and help you keep your mind off all the stressful things that come with this great holiday. From facts on Macy's parade to interesting stats on how much turkey we, as a nation, eat on Thanksgiving, you'll find some great facts on Thanksgiving to share with your family and friends this holiday season!

The first Thanksgiving celebration was done in the fall of 1621 at Plymouth, Massachusetts. The drink that was brought in the Mayflower was beer and that is what they drank. 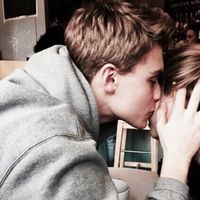 7 Cute Piercings to Think about Getting ... 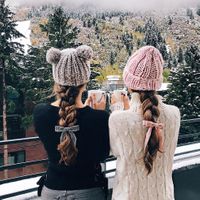 On October 1863, Abraham Lincoln issued a Thanksgiving Proclamation. This is where he officially set the last Thursday of November to the side as the national day for Thanksgiving. Before this, the earlier presidents would make an annual proclamation to tell the day Thanksgiving would be held on.

There you have 7 facts on Thanksgiving. Sometimes, people forget the true meaning of the holiday season. Thanksgiving is not all about the meal and the food we eat. At times, we need to look past that meal and see the others that are sitting around us at the table. Think about how each one of those individuals has helped make your life a bit better this year. So, here comes the ever so popular question – what do you have to be thankful for?

jewelry
7 Cute Piercings to Think about Getting ...
inspiration
7 Benefits of Being a Sensitive Person ...
fashion
Ways to Wear Your American Spirit This 4th July ...
lifestyle
Beth Ditto for Topshop - the Latest
lifestyle
Awesome christmas gifts

How to start new year ...
Is eggs a substance or mixture ...
Whats the difference between body mist and perfume ...
How to dance seductive ...
What happens if you drink to much soda ...
Is paprika a spice or herb ...
What color eyeshadow goes with red lipstick ...
Why tears come when we cut onion ...
What stevia is best ...
Where is the nearest smoothie place ...