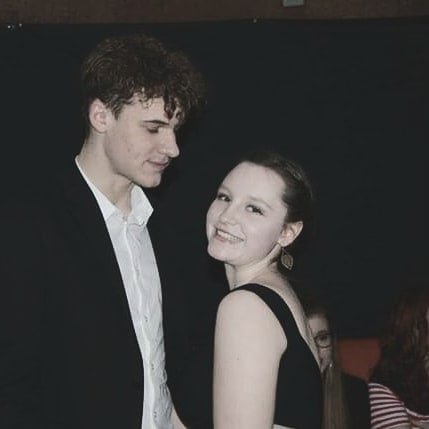 (Note: I started thinking about this because of a comment from Ms. Virginia Belle yesterday.)

People from the South are quick to point out how we are different, especially where I live. More relaxed, very centered around big families and lots of food. We're gossipy and social and friendly and kind.

Say what you want about the South and our sometimes backwards ways. I don't agree with everyone from down here and there are certainly things I would change, but the calm sweetness of a no-frills good ol' time certainly is not one of them.

Men down here, a lot of them anyway, are smooth Southern gentlemen, chivalrous to a fault, because it almost seems insincere. They're friendly and chatty and it can make a grown woman crazy trying to figure out if they're flirting with you or if they were just raised right by a Strict Southern Momma who taught them that a Lady comes to expect certain things and a Gentleman should always oblige so to not hurt her delicate sensibilities (which are mostly a front, to be honest).

Not all of the men are like this. There are the hicks who act as if they've never seen a push-up bra before and the jerks who are, for lack of a better term, jerky. (You know 'em when you see 'em.) And yeah, guys are guys and a large subset is interested in beer, sports, whiskey and Jenna Jameson. At times, I feel like the Southern Gentleman is an endangered species, a creature to be protected and cultivated for the future.

He is friendly. He always shakes your hand and smiles when he meets you and he makes a point to repeat your name back and be formally introduced at all parties in a group. He teases in a good-natured way, always opens doors and pulls out chairs. He includes people in conversation and is a fan of casually touching you when he talks. On the shoulder. On the knee.

The Southern Gentlemen I know are mid-to-late twenties (or early thirties), preppy dressers in professional jobs. They may name drop a bit (that's the Good Ol' Boy in them), but they'll listen when you name drop right back. They all own at least one pair of seersucker pants and do not be surprised if they wear them out, at night, with docksiders and a white polo and wonder why you (in your dressy jeans, neatly done hair, high heels and sparkly evening top) complain that they look like your grandfather. (Even though you think they're adorable in seersucker.)

They have a sweet tone to their voice, a slow drawl that makes the words sound dramatic. "Well, don't you look nice tonight," sounds ever more so sincere from a Southern Gentleman with a thick accent and a big smile.

These guys are genuinely nice and they will compliment every woman around them because it is the polite thing to do. They will never let you stand, always give up their seat. Smile and wink at women and give a good hearty handshake to their male brethren in passing.

They drink scotch or whiskey on the rocks. A double, please. Always. Or beer, but probably not Light beer. They play Hank Williams on the jukebox and will pull you to your feet and dance with you in the middle of a crowded bar. (And yes, they will swing you around and dip you and you will squeal like a little girl and blush and turn red.)

Some people may think these guys are cheesy. Or that they're just playing to get a woman's attention. And that may be true at times. And these guys do have Alpha Male moments and they do like to be manly at sometimes they'll leave you and the girls to talk shoes (thankfully!) and make silly chauvinistic comments because they can get away with saying just about anything in that sweet tone of theirs.

But the manliest of the Southern Gentlemen do fall when they're smitten with a woman. I have seen them walk a straight line behind a petite blonde with sparkling eyes and shiny hair as she squeaks out her drink order or throws her own soft Southern drawl right back at them to soothe them into doing her bidding.

(And don't be fooled by these Southern women. They seem fragile and gentle, but they turn when their hand is forced. Steel Magnolias, every last one of them.)

I used to dislike these guys, because I didn't think they were genuine. I thought they were obviously looking for trophy wives to help plan their law firm's Christmas Party or to smile and nod (and pack and extra flask) while they entertained clients at weekend football games. I found them and their sweetness to be patronizing.

But lately, I'm thinking that maybe these guys aren't so bad. I like boys who open doors (as long as they're doing it to be polite) and I may have judged them a bit too quickly.

Turns out I'm a sucker for an accent and a kiss on the cheek after all.