Dina Lohan Hogs the Spotlight at the "Georgia Rule" Premiere

Dina Lohan, a former Radio City Rockette, is riding the coattails of daughter Lindsay Lohan to launch a TV career.

The leggy 44-year-old mother of three was hired by “Entertainment Tonight” to interview celebrities on the red carpet as they arrived at last night’s New York premiere of “Georgia Rule,” which stars her hard-partying daughter, as well as Jane Fonda and Felicity Huffman.

“Dina wants to be a TV star,” said one snitch. “But ‘ET’ may just be hiring her so they can get the Lindsay exclusive.”

As much as Lindsay loves the limelight, she may be wary of granting interviews since London’s News of the World newspaper published photos Sunday allegedly showing the 20-year-old starlet doing drugs.

A spokeswoman for the show told Page Six: “Dina Lohan will be a special correspondent for the ‘Georgia Rule’ premiere. We are looking forward to Dina asking the questions only a mother can.”

This isn’t the first time Dina has tried to use her daughter’s fame to snag an “exclusive.” When Lindsay was in rehab, her mom took “ET” on the plane with her and her other daughter, Ali Lohan, to go “visit” Lindsay at the Wonderland facility in L.A.

“She was so angry there were cameras there,” said a friend of Lindsay’s. “And people at the rehab center were infuriated.”

OK! magazine also recently reported that Dina - who claims her friends call her the “white Oprah” - was vying for Rosie O’Donnell’s spot on “The View.”

One insider told Page Six that would “never happen,” though reps for the show would not confirm or deny the rumors.

Instead of using her daughter to become famous, Dina should be keeping a closer eye on Lindsay. Spies saw Lohan go to the Christie Street den the Box Monday night, where the club’s owner, Lindsay leech Simon Hammerstein, “whisked her away for half an hour the second she walked in the door.”

Other notorious bad boys and girls at the bacchanal included the Olsen twins and Rose McGowan, with Robert Rodriquez.

Despite her recent bad press, Lindsay still plans to celebrate her Nylon magazine cover shoot tonight at Tenjune, where her friends will be keeping an eye on her. “She will be around people who care about her, and want her to stay clean,” said one pal . . . so anyone who plans on cashing in off a cellphone video shouldn’t get their hopes up. 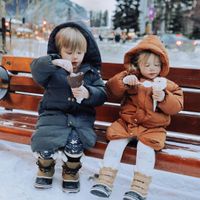 Is the Digital Age Good for Todays Kids 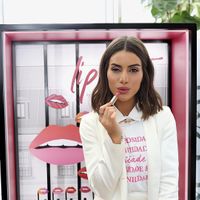 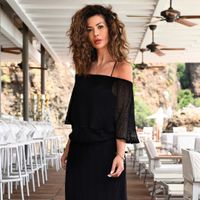