Lindsay Lohan Heading Back to Rehab

Lindsay Lohan is reportedly heading back to rehab after she crashed her car over the weekend and was photographed two nights later (above) completely trashed in the passenger seat of a car being driven by her friend Samantha Ronson. The NY Daily News reports:

"She finally realizes it's the right thing to do," In Touch quoted a friend of the actress as saying. "She is going willingly." The pair had just left a Memorial Day pool party at Teddy's at the Roosevelt Hotel in Hollywood when a paparazzo caught up to them at a gas station around 4a.m. yesterday ... Ronson tried in vain to rouse her sleeping pal, who wore a gray hoodie but no seatbelt, when she realized a photographer was snapping away ... Ironically, the photos show a medallion dangling in front of the slumbering star from the rear-view mirror. It reads "30 Days" - a reference to the number of days of sobriety. One particularly shocking photo shows Lohan out of the car and on her knees, being watched over by two unidentified men as she seems to vomit on the sidewalk. Another shot shows what appears to be an inch-long fresh cut on the back of her left hand. It was unclear how or when she got the injury.

In Touch claims Lindsay checked into the Promises rehab facility yesterday afternoon, which sounds sketchy at best. I'm not saying their reporting isn't reliable, but I believe they once reported that I totally made out with Jessica Alba. Which actually turns out to be true. Wait, where was I going with this again?

A few more shots of Lindsay Lohan totally wasted after the jump. 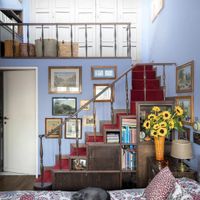 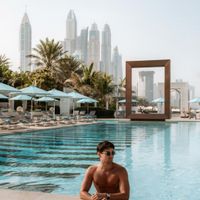 17 Things You Say That Your Man Hates Hearing ... 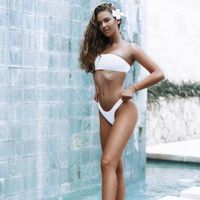