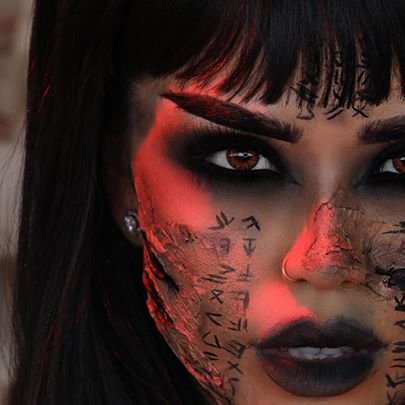 Another victim of Akon’s best He-Man impression has come forward. 26-year-old Abby Rosa of Delaware County says the 15-year-old kid Akon tossed off stage landed on her head which resulted in a concussion.

“I stood there for a few minutes because I was completely dazed. It took me a few minutes to get out of the crowd, to get to the First Aid tent.”

Rose notified GM Jason Finkelberg and finagled VIP backstage passes out of him for her and her friends because, let’s face it, what sane American wouldn’t. Finkelberg recently stated he only heard about the incident Sunday night even though he knew within half an hour. The 15-year-old boy in question has not pressed charges, but did walk away unscathed and left Dutchess Stadium shortly after he was manhandled like cheap hooker. Meanwhile, Rose wants an apology. And possibly more free stuff. Like a car. Or a pony. Or a pony car. With tassels. And a horn that plays La Cucaracha. Just kidding, I made the tassels part up. They look too much like fire in the wind and old people get scared.

“Given the information that we have reviewed to date, it does not appear to us that Akon was involved in any criminal conduct whatsoever,” the statement said. “We are prepared to fully cooperate with any law enforcement agency that may be investigating this incident. We are confident that after a thorough investigation it will be apparent that no criminal prosecution of Akon is warranted.”

Being Akon’s publicist or attorney would be a pretty sweet gig. Me being lazy, my statement would read: “It’s because he’s black, isn’t it?” After that, everybody would get all wide-eyed and apologetic and eventually, forget it ever happened.