7 Strangest Myths from around the World ...

There are a lot of myths out there, about a lot of things, and many of them are quite laughable. However, they are so persuasive and well known, that whether you live in the Detroit, London, Paris, Singapore, or Melbourne, you’ve probably heard them and wondered whether or not they are true. Well, keep reading, ‘cause I’m about to debunk some of the strangest myths heard all over the world.

You’ve heard it before. I’ve heard it before. Everybody has. Humans only use about ten percent of our brains, and if you could use more, you’d be a super hero. This isn’t exactly true, in spite of its century long prevalence. In truth, you can rest assured that you’re probably using a huge portion of your cerebral cortex. You’re smart as smart can be, so don’t worry!

2 Death of a Thousand Fans

In South Korea, there is a myth stating that if you leave an electric fan running all night in your closed room, you will die. The legend says that you can die by being poisoned or suffocated, or that you can suffer from hypothermia. I hope this isn’t true, because I sleep with a fan on every single night of my life. Hypothermia can occur in rare instances, but the circumstances have to be just right -- or just wrong. 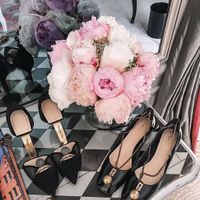 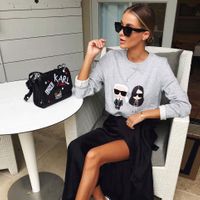 Does Attractiveness of Women Who Cuss Go down

How many times have you accused someone who’s yawning of making you tired? Yeah, me too. Almost everyone believes yawns are contagious, but no one really knows where the connection is -- or if there is actually a connection at all. Still, don’t yawn around me, you’re contagious and I’ll catch it.

Just about everyone has heard this one as well. If you drop a penny off of a very tall building, it can kill someone below. Many people are under the impression that it can even split someone’s head open. Neither of these traumas are actually true, however. You can cause a bruise or something, but you won’t be guilty of potential homicide if you want to drop any pennies off a building.

5 Chicken Soup for the Soul

My mom still offers to bring me chicken noodle soup when I’m sick with a cold -- and I love her for it. The warmth of it does make me feel better, but it’s pretty safe to say that any of the curative powers associated with chicken soup are most likely psychological. And actually, chicken broth does have certain anti-inflammatory properties that can help it eliminate chest congestion.

Lightning will never strike in the same place more than once, right? Not quite so. You know the whole tableau of Benjamin Franklin with his kite and his metal rods and all? Right, well, he pretty much proved that lightning can and does have its favored locations. Might be time to invest in a lightning rod!

So many myths revolve around food, and this one is no exception. Will you really fail a drug test if you eat a poppy seed bagel? Actually, you can. If you eat two poppy seed bagels, you can have a surprisingly positive result on your drug test. Specifically, you can test possible for opiates. But these bagels are so good!

This really gets me interested in seeing what other myths are out there. Specifically, I’m anxious to see how many of them are actually rooted in truth. These results surprised me! Do y’all have any myths or legends to share?

diy
Rubber stamp ideas
skincare
7 Natural Remedies for Your Eczema ...
lifestyle
7 Constructive Ways to Fill Your Free Time While Youre Looking for a New Job ...
jewelry
39 Pairs of Silver Earrings You Can Wear with Anything ...
inspiration
Does Attractiveness of Women Who Cuss Go down

Is beef bad for health ...
What to text someone after getting their number ...
Why working with friends is bad ...
What food is minerals found in ...
Is gluten-free good for weight loss ...
What to cook today for dinner ...
3. why is it a good idea to check your bank statements on a regular basis? ...
What sharks are harmless ...
How to kiss a guy well first kiss ...
Is pickle juice good for your stomach ...