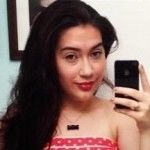 Lydia Sheehan would like to pretend that she's still in college because the real world just isn't as much fun. Her passions include television, television, and television. Other interests include reading just about anything, watching Harry Potter movies, imagining her life as Zooey Deschanel’s BFF, and polka dots. She has a shot glass collection of places she's never been to. She's still figuring out what she wants to be when she grows up and that's okay with her. She’d also like a puppy. Follow her on Twitter at @lydiamariie.