7 Dishes to Try This Thanksgiving ...

Thanksgiving dinner doesn’t always have to be the same old dishes; turkey, stuffing, pumpkin pie, mashed potatoes, and cranberry sauce. There are many new great recipes being created each year. I’ve listed 7 dishes to try this Thanksgiving and I hope you’ll give at least one a whirl this holiday season. Who knows, maybe one of the following recipes will end up making it to your family’s table each year!

This is a great twist on an old favorite. I love mashed potatoes and can’t imagine having Thanksgiving dinner without them. Take a couple of tablespoons of olive oil and sauté a large bunch of chopped kale leaves, 4 cloves of minced garlic, and 5 chopped scallions. Cook until tender and add salt and pepper to taste. After you’ve mashed up about 3 pounds of potatoes, put this sautéed mixture on top and give a quick stir, then sprinkle Parmesan cheese on top.

The Brussels sprouts can be shredded or cut into quarters for this recipe. Sauté the sprouts for a few minutes in some olive oil in one skillet. In another skillet, brown some extra firm tofu that has been cut into small cubes and add about 2 cloves of minced garlic. This takes about 4 minutes. Add a tablespoon of maple syrup to the garlic and tofu, plus 1 large apple cut into thin wedges. Cook this for another minute or so. Combine the apple mixture and the sprout mixture in one skillet, sprinkle with pine nuts and salt and pepper to taste.

Toast 6 slices of bread and cut into cubes before getting started with the rest of the recipe. Simmer a cup of quinoa in 2 and a fourth cup of vegetable broth for about 15 minutes. Sauté 1 diced yellow onion, a stick of chopped celery, 1 cloves of minced garlic, and a half cup of chopped seitan in some butter or margarine. Cook until everything is soft, then stir in a half cup of sliced mushrooms. Add a teaspoon of thyme, and a half teaspoon of sage and salt, as well as a quarter teaspoon of black pepper. Put the skillet on low heat and add the toasted bread. Add enough vegetable broth to make the bread moist, then toss in the quinoa and mix everything well. Bake the stuffing in a dish for about a half an hour at 375 degrees.

4 Raviolis with Chard and Hazelnuts

Toast some chopped up hazelnuts in a hot, dry skillet before starting anything else. It’s also a good idea to cube and boil the squash before preparing the rest of the ingredients for this dish. Cook about a pound of raviolis, drain, add a small amount of olive oil and stir. This will keep the ravioli from sticking together while you make the topping. Using a few tablespoons of olive oil, caramelize 2 yellow onions that have been sliced very thin. Get a large skillet and set to high heat to combine all ingredients into. Put the ravioli in the skillet and stir in the caramelized onions. Place the bunch of Swiss chard that has been deveined and cut into thin ribbons to the pan and stir until it becomes wilted. Stir in a quarter cup of Parmesan cheese, a quarter cup of roasted hazelnuts, and remove from heat. Fold in a cup of diced squash and top with minced chives and the rest of the hazelnuts.

Cook 2 small pie pumpkins or substitute 2 acorn squashes instead. This takes about an hour in a 375 degree oven. Slice them in half, dollop with butter and cook in a baking dish with a quarter inch of water in the bottom; skin side down. Scoop out cooked pumpkin or acorn squash and put into a large pot with a 14 ounce can of coconut milk and 1 teaspoon of red curry paste. Bring this mixture to a simmer over med-high heat. Remove the mix from heat and puree with a hand-held blender. Add a little bit of water at a time, until the soup is the thickness you like. Add a little bit of salt if necessary.

Toast 2 cups of hazelnuts and puree a cup and a half of these in a blender, then set them aside. Cook a small baking pumpkin or a few sweet potatoes if you don’t have access to pie pumpkins. You’ll need at least a cup and a half of pumpkin or sweet potato puree. Whisk the pumpkin with a half cup of brown sugar, a tablespoon of pumpkin pie spice, a teaspoon of salt, a teaspoon of vanilla extract, and a tablespoon of arrowroot or cornstarch. Stir in 3 extra large eggs and a cup of coconut milk to this pumpkin mixture and set aside. Crumble up the hazelnut paste you made and place it on top of the pie crust of your choice. Pour the pumpkin mix into the pie pan and bake for around 50 to 60 minutes at 350 degrees.

You’ll need a cup of cooked rice to complete this recipe, so you might want to fix it first. In a medium bowl, mix a clove of minced garlic, 2 tablespoons of lime juice, 1 and a half of grated lime peel, 2 tablespoons of chopped cilantro, a half of a teaspoon of dried thyme, 1 and a half teaspoons of salt, a half of a teaspoon of black pepper, and 2 and a half cups of coconut milk. Peel and thinly slice 4 sweet potatoes and put half of these on the bottom of a casserole dish. On top of the potatoes, layer a third of the coconut milk mixture you’ve already made and a third of the following mixture; a cup of cooked rice, a cup and a half of canned black beans, and a cup and a half of freshly chopped spinach. Add half of the coconut milk mixture that is left, the rest of the sliced potatoes, then the rest of the rice mixture, and top with the last bit of the coconut milk mixture. Combine three-fourths cup of cornmeal with a half of a teaspoon of dried thyme, a quarter teaspo on of cumin, and a quarter teaspoon of salt. Sprinkle this over the potatoes and such in the casserole dish and back at 350 degrees for about 30 minutes.

I hope you get a chance to experiment with at least one of these 7 dishes to try this Thanksgiving. Having a son who is a vegetarian and two sisters that are vegan, I always enjoy finding new recipes with lots of flavor. It seems vegan and vegetarian dishes are all about the spices! Do you have a new Thanksgiving recipe you’d like to share with others? Is your family open to new dishes for the holidays or do they tend to prefer a more traditional meal? 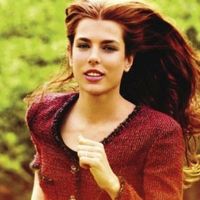 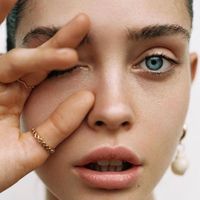 5 Mistakes to Avoid on Your Wedding Night ... 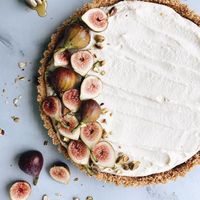 22 of Todays Extraordinary Cake and Dessert Inspo for Girls Trying to Impress Someone ... 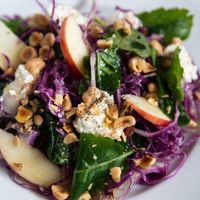 17 Easy and Delicious Salads for Women Wanting to Lose Weight ... 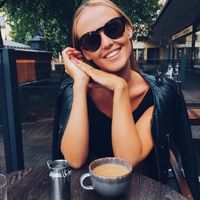 Fun and Fresh Ways to Get Your Pumpkin Fix This Fall ... 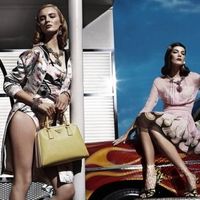 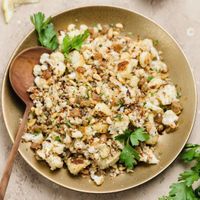 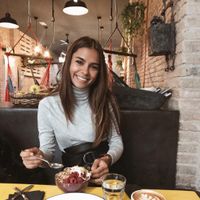 8 Ways to Increase Intake of Healthy and Natural Food ...