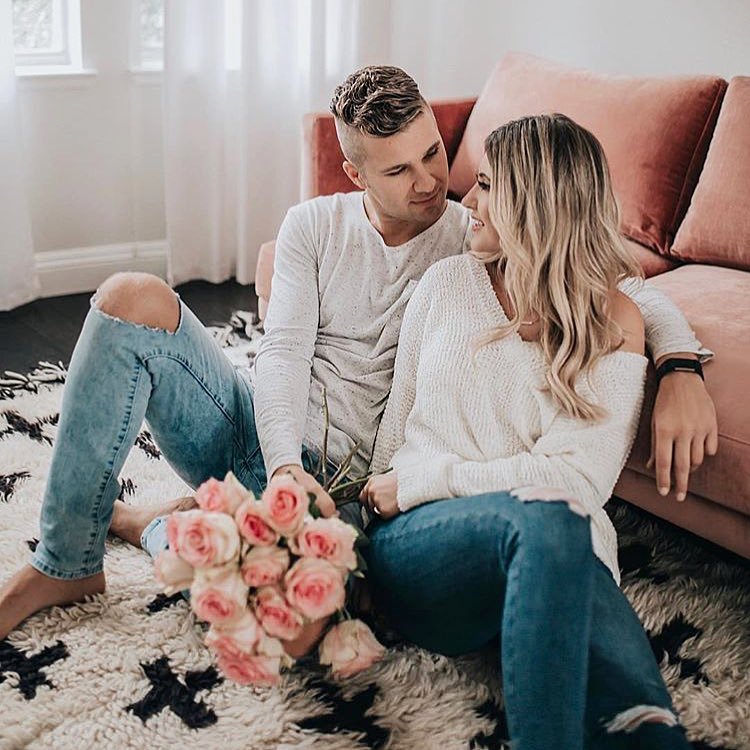 Showing off a worryingly boyish body covered with tattoos, this is Amy Winehouse on holiday in the Caribbean.

The troubled 23-year-old singer, who has battled anorexia and bulimia, is said by her father to have put on a stone in the last eight days, yet in her lime green bikini top and black bottoms she still looked decidedly skinny.

She is in St Lucia with her husband Blake Fielder-Civil, 24, after a tumultuous few months that have seen her in and out of rehab.

But if the couple thought their troubles were behind them as they kissed under a sunshade - with a scar clearly visible on Miss Winehouse’s arm - they were to be mistaken.

Yesterday her in-laws urged her fans to boycott her records and stop playing her music in an attempt to stop the singer and her husband from killing themselves with drugs.

Giles and Georgette Civil said a boycott would pile pressure on her record company to get the couple help for their drug abuse.

They also urged the record industry not to give her awards because it would “condone her addiction”.

Their plea has deepened a rift with Miss Winehouse’s family, with her father Mitch speaking out for the first time yesterday to accuse the Civils of “clutching at straws”.

He said the Civils had failed to attend meetings with psychiatrists and doctors treating their children.

This month Miss Winehouse was admitted to hospital after taking an overdose of heroin and ketamine.

She and her husband, both heroin addicts, have twice been admitted to rehab but failed to stay more than a few days.

Friends and family say Miss Winehouse is dangerously in thrall to her husband, and have begged her to break free of him.

In vain, it seems. Only this weekend she said: “I am nothing without my husband. I love him so much sometimes it hurts.

“I owe him everything. Without him I would be nothing, which is why it is so important we are together right now.”

Such words must have been like a dagger to the heart of Mitch Winehouse, who blames his son-in-law for assisting his daughter’s descent.

For their part, Fielder-Civil’s own parents are said to be equally troubled by the couple’s recent behaviour.

Indeed Mr Civil, a headmaster, and his wife yesterday took the extraordinary step of speaking openly about what they say is their real fear that the pair could soon end up dead.

They went on BBC Radio 5 Live in what they described as a last-ditch plea for them to quit drugs.

Mrs Civil said. “I think they both need to get medical help, before one of them, if not both of them, eventually will die.”

Mr Civil added: “We are concerned that if one of them dies, the other will die. They are a very close couple, and if one dies through substance abuse, the other may commit suicide.”

Shocking words, no doubt. But what was equally notable was that Mr Civil used his time on air to indicate that the couple’s addiction, far from being his son’s fault, had rather more to do with her influence, and that the singer must be shocked to her senses before it’s too late for both of them.

“We know for a fact Blake is not to blame for introducing Amy to drugs at all,” said Mr Civil.

“They are living in a world where access to drugs is easy, they have plenty of money available and what they need, what they want, they can have without question.

“We urge Amy’s fans to send a message to her that her addiction is not acceptable.

“I would not want any harm to come to Amy and Blake but perhaps it is time to stop buying her records.”

Mr Civil also suggested that she should not receive any of the music awards she has been nominated for.

“We should not be condoning her addiction by awarding her.”

This was startling stuff, no more so than for Amy’s parents who have become increasingly troubled not only by their wayward son-in-law’s behaviour, but with his parents too.

In fact, where a show of unity from their respective parents might just bring the couple to their senses, there is now barely concealed antipathy between the two sets of in-laws.

Minutes after Giles and Georgette Civil went on air, Amy’s own father rang the same programme to put the blame at the door of their son.

Miss Winehouse’s family also ask why Mr and Mrs Civil have chosen to grant a series of interviews this week rather than talking directly to the couple.

One source close to Amy said: “The Civils have been behaving like groupies. They seem dazzled by her fame and have seemed a little too keen to share the spotlight with her.

“It’s right that they have begged Amy and Blake to get help, but do they honestly think people will stop buying her records? And even if they did, Amy’s too far gone to care right now.

“Nobody’s saying Blake’s parents aren’t worried sick, but you get the impression they are rather in awe of Amy’s fame and are enjoying their own moment in the spotlight.”

Harsh words, perhaps, for a couple clearly at the end of their tether over the appalling decline of their son and their new daughter-in-law.

4. 45am after (depending on Who You Believe) Attacking Each Other in a Drug-fuelled Fight or Indulging in a Bout of Their Shared Passion for Self Harm

His face was covered in scratches, apparently due to his attempt to score her initials into his skin.

She, meanwhile, was frighteningly thin and sporting an ugly bruise on her neck, bandages on her arms and make-up smeared down her face.

Her pink ballet pumps were stained in blood where she had allegedly injected heroin between her toes.

Some days before that she had been admitted to hospital after overdosing during a three-day marathon of drug-taking which included heroin, Ecstasy, cocaine and the horse tranquilliser ketamine, plus alcohol.

Mr Civil said yesterday that the family had told police the name of a member of her entourage they claim has been supplying drugs to the couple.

But for his part, Amy’s father Mitch accused Mrs and Mrs Civil of being naive.

“There’s only one way out of this,” he said. “It is not sectioning them, it’s is not locking them up.”

“At some point they are going to reach rock bottom, and at that point they will say, ‘I don’t want to do that any more’.”

Of last week’s shocking photos of the couple, he said: “As a parent, it was sickening, worse than sickening.

“I wanted to die, but I can’t die, I have a family and friends, and loved ones who need me.”

Mr Winehouse, who split from Amy’s pharmacist mother Janis when their daughter was nine, is said to be increasingly furious with Fielder-Civil’s parents over what he sees as their attempts to shift the blame for Amy’s addiction away from their son.

At a summit called by both families and Amy’s record company at the Four Seasons hotel in Hook, Hampshire, this month, he is said have grabbed Mr Civil around the throat as they rowed about who was to blame.

Amy’s family are furious that after the couple checked out of an Essex rehab centre after only five days, they were seen drinking with Fielder-Civil’s parents in a North London pub when they were supposed to be meeting with their doctors and drugs counsellors.

A source said: “Amy’s family think it is about time Blake’s parent got a grip of their son because we feel he is responsible for what has happened over the last few months.

“Amy is no angel, but since she married Blake she has gone into freefall.

“Giles and Georgette seem to be conducting a PR campaign to say that Blake is not to blame when we know that he is leading Amy into hell.”

It should be said, however, that Miss Winehouse had more that a passing acquaintance with the joint demons of drink and drugs before she resumed her on-off relationship with Fielder-Civil this year.

The singer, whose second album Back To Black has been a huge hit on both sides of the Atlantic, has admitted to dabbling in cocaine and cannabis.

Indeed, her biggest hit to date, Rehab, tells of her refusal to take her former management company’s advice to get treatment for her addictions.

That said, Fielder-Civil, who describes himself variously as a music video assistant and a film-maker, is surely every parent’s worst nightmare.

Despite his lofty claims about his career, he is best known among the idle drinking set in Camden, North London, of which he is a fixture, as a part-time barman who occasionally acts as a dogsbody by doing hair and make-up on low-friends-budget pop video shoots.

He adopted the rather grand sounding Fielder-Civil because it is an amalgamation of the surname of his natural father, retired businessman Lance Fielder, 66, and his stepfather Mr Civil, who is headmaster of a Lincolnshire primary school.

He first dated the singer more than two years ago, but the couple split 18 months ago after he began an affair with a magazine editor.

In his absence Miss Winehouse wrote Back To Black about their break-up.

But following the success of the record and her public acclaim - she won Best Female at this year’s Brits and is up for MTV and Mobo awards next month - say he began calling her again.

She dumped boyfriend Alex Claire, a chef, and the couple married in Miami in a shoestring ceremony that did not include either of their families.

Unsurprisingly, many close to her say the streetwise Fielder-Civil viewed his reunion and marriage to the millionaire singer as a blank cheque to fund his already substantial heroin habit.

One said: “Blake thought all his ships had come in when he got back with Amy. He likes to joke that the first time he met her - in a pub called the Good Mixer in Camden - it was the first and last time he ever had to buy the drinks.”

Another source of consternation is the decision of Fielder-Civil’s parents to let the couple look after their two sons aged 13 and 14 recently.

Mr Civil, of Claypole, Nottinghamshire, said: “We wanted them to know that we respect them, but never again. They both took drugs and it was clear to the boys what was going on.”

Last night a source close to Miss Winehouse said: “That was an act of absolute lunacy. Amy and Blake can’t look after themselves, let alone children.

“One of their younger sons has been expelled from school and the last thing he needs as a role model at the moment is Blake.”

The same thing, of course, could be said for the fragile Miss Winehouse. But it seems that until she emerges from her heroin-induced haze, the troubled singer will remain under the spell of her equally deluded husband.

Until she does, the war of the parents over which of them is to blame for this very public tragedy will continue to rage.