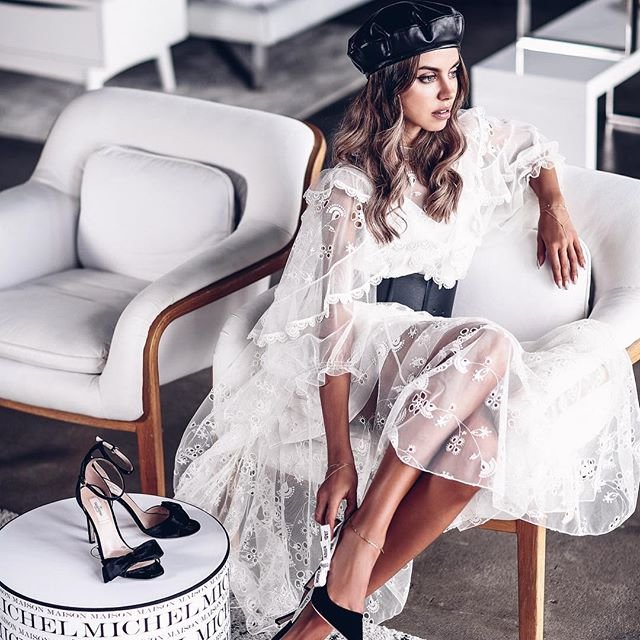 Personally, if I spent four grand on a pair of shoes and, upon receiving them, they were missing a part, I'd be ticked. But that's just practical, boring me. Victoria Beckham, however, actually did this on purpose -- pictured here are the $3600 Antonio Berardi heel-less shoes that now call her overcrowded (and terrifying) closet home.

I mean, isn't this dangerous? The girl is seriously top-heavy to begin with (not even counting her boobs -- her head is like a lollipop!), so who's brilliant idea was it to put her in shoes that don't allow her to put weight on her heels?

Supposedly, the look is meant to be "dainty," like you're constantly walking on your toes. Well, yeah -- that's because you are! Unfortch, Posh doesn't seem to be the only one reeled in by this bad idea. Uma Thurman and Gwyneth Paltrow are also guilty.

Oh, and just in case you're thinking, "They're not that bad -- at least it's something new," I have something to share -- it's not even a new idea! Heel-less shoes have been around for a while, and multiple designers have given the look a shot. There's probably a reason you didn't know that though ... nobody actually wears them. And that's the way it should stay.

The rest of the shoe is cute, though -- she could always glue a pretzel stick (that of course she won't eat) to the back of the shoe if she decides that heel-less heels aren't the way to go, after all.
Read | Permalink | Email this | Comments