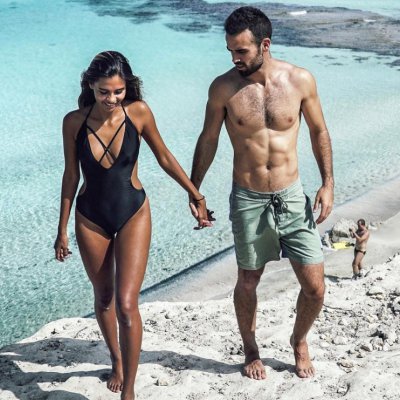 Cupid's arrow might hit you when you least expect it. After all, love is a funny thing. Some people see it coming from a mile away, but others are struck with feelings out of the blue. You'll never know which way it'll happen to you, which is why love is so exiting! Here are all of the different ways that people can fall in love:

From the first moment you see him, you'll know that there's something special about him. You might not realize that he's the person you're meant to marry, considering you two haven't even said hello yet. But there's something intriguing about him that makes you wonder if he's the right man for you. It won't take long until you figure out that your predictions were correct.

Sometimes, two people will be friends for years before they realize that they should date. One day, they won't have any feelings for each other. The next day, it'll all change. They'll start to look at each other in a new way, and they might fall in love before they even go on their first date, because they already know each other so well.

You've seen this time and time again in movies, and it occasionally happens in real life. It's when you can't stand the thought of looking at your friend's brother--until one day, you can't stop thinking about kissing him. After all, there's a fine line between love and hate. Once you push your stubbornness aside, you'll realize that he's actually an amazing guy that would treat you right.

This is the most common way for a person to fall in love. It's when you date someone that you're interested in, and slowly develop feelings for them over time. After a few months, or even years, you'll realize that you're in love with them. And then you'll live happily ever after.

In some cultures, marriages are arranged. That means a woman doesn't get to choose whom she's going to marry, so she's pretty much stuck with whomever her parents think is best for her. Of course, some women get lucky and learn to love the person they've been set up with.

You might fall in love with him years before he falls for you. You could have a major crush on him and daydream about having his babies, but assume that he'll never feel the same. However, one day he'll realize that you exist and you two can start your love story.

7. Realizes after the Fact

You might date a guy, have the time of your life with him, and then dump him. It's not until you date the next guy that you realize your ex is the person you really, truly love. Sometimes, you need to see how bad a boyfriend can be before you realize how amazing your ex was to you. Hopefully, he won't be "the one who got away" and you'll be able to reunite before it's too late.

This is the love that comes out of nowhere. It's a super sudden and intense emotion but is completely justified when you reflect back on how you got here.

This love cannot be pinpointed to a certain event because it develops slowly over time. However, this may be the most real of loves because you're 100% sure this is the person you were meant to spend your life with and you know they feel the same.

Those that have been hurt in the past can appreciate and relate to the cautious love. They make sure it's real before fully giving themselves to another person because they're aware of the pain that can come if they aren't certain of their own or the other persons feelings.

Love is complex. It can happen at any time and in any place, and you'll never be prepared for it. Are you in love? Did it happen in any of these ways?