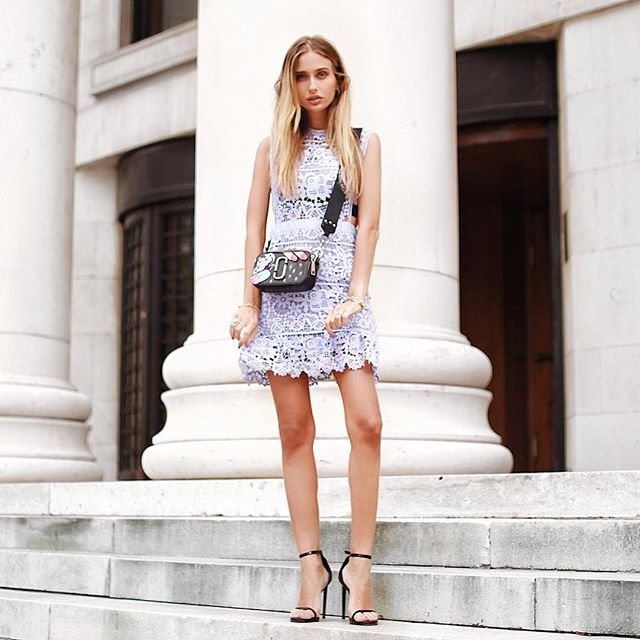 After a bit of a lapse of style last year and a pile of unsold white tracksuits as a result, it was no surprise that Madonna went the safe route this time around with her second stint as guest designer for H&M. The 'M' by Madonna range launched last Thursday, and for once we got a lie-in, deciding not to go and film early-morning queues. It's a good thing we didn't, too. Though there were die-hards out to beat the crowds, this is not a collection that'll make you rich via eBay. The clothes are hardly in short supply, as we found on Thursday evening (when I picked up a black and white printed dress) and this afternoon, where we went back to snap some more of the muted, classic and - dare we say it - slightly dull range...

While some pieces - the chunky waist belt, the sequinned dress and the classic pencil skirt - were in short supply, most of Madge's sexy-secretary-meets-seventies-chic collection was still on the racks during both out trips. Either H&M have been forward-thinking enough to pre-empt the demand with plenty of stock deliveries, or the people of London just aren't that into Madonna's style this time around.

It's a shame, as Madge as done us proud in many ways. Fabric choices lead a lot to be desired and there's a hell of a lot of white, but all in all, it's a surprisingly classic and chic collection, and what it lacks in creativity it makes up for in wearability. I was also impressed that, though the more ad-friendly creations like the black catsuit are obviously designed for those with Madonna esque bodies, other styles like the slinky black '70s inspired dresses are actually much better on a more curvaceous figure. Cinched waists, curve-hugging shirt dresses and little puff-sleeved blouses are the kind of items everyone should have in their wardrobe, and Madonna has obviously cottoned on to the fact that simple sells. Prices are reasonable, with dresses starting at £19.99, and the accessories are great (Lanvin-esque patent shoes, chunky bowler bags, big celeb sunglasses and pucci-esque silk scarves).

Though you do come away from the collection feeling a little bit like someone with such a fashion pedigree could have done better than to stay quite so safe, I think for a high street capsure collection, Madge did pretty well. At least anyone choosing to invest can rest assured they won't be laughed at 12 months down the line for still wearing a white satin blouse or a slinky black maxi dress. For those wanting to be a bit more fashion-forward, there were pieces like the catsuit, the white dresses, a satin bomber jacket and the crazy sunglasses, but overall, it was more about key wardrobe staples than crazy creations. This range is designed for the masses, not the fash pack, which is the way it should be on the high street. My only bugbear? Huge queues for the changing rooms, that ever-present crazy H&M sizing system, and some very flimsy looking fabrics.

Check back tomorrow (hopefully) for comedy pics of me trying on some items from the collection...