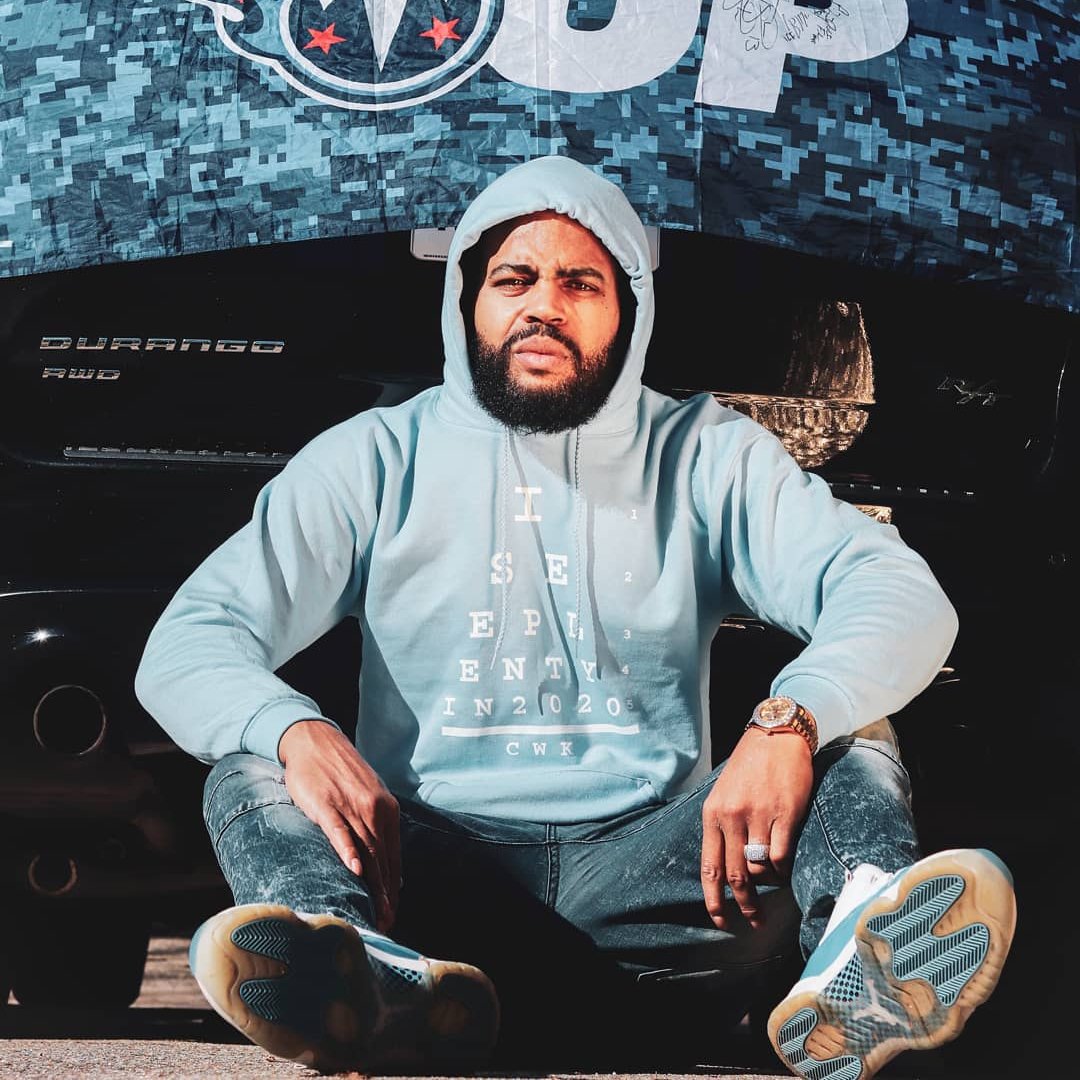 Kia Shine’s lead single is here!! This summer it’s all about staying “Krispy”!!

As the 2007 recipient of the Southern Entertainment Award for the Independent Artist of the Year, Memphis based recording artist Kia Shine has proven beyond a shadow of a doubt that he is a force to be reckoned with. Kia Shine is a major figure on the South’s hip-hop underground scene. Now with his national debut on Universal Motown Records entitled Due Season Kia Shine is finally stepping up to take his rightful place in the hip-hop world.

Born in and raised in Memphis’ infamous Frazier neighborhood, Kia Shine witnessed first hand the devastating effect that drugs and poverty had on his community. “When I think about Frazier I think about New Jack City,” says Kia. “I remember when there wasn’t any such thing as crack and I remember when it first came into the neighborhood and how it was affected. It looked like you were either selling it or your folks were using it.” Thankfully Kia Shine was able to resist the temptation of the cheap high and the fast money that crack offered many ghetto youth. “I knew God had bigger plans for me. It just took me a little bit longer to realize that music was the thing that he wanted me to do.”

While it may have taken him a while to figure out that music was his true calling, it was always a huge part of his life. He grew up listening great soul artist like David Ruffin, Willie Hutch and Womack & Womack and classic hip-hop by pioneers artists like Eric B & Rakim, Grand Master Flash & the Furious Five and Kurtis Blow. This music had a profound impact on him as a youth and would eventually mold Kia Shine into the artist/producer he is today.

But before Kia Shine answered the call to be a rapper/producer he first answered to the call of corporate America, working for the casino conglomerate Harris Entertainment. He did well with the company, eventually earning a promotion that would have taken him to company’s headquarters in Las Vegas. But at that point the call to music was too loud for him to ignore.

In 1998, Kia Shine’s little brother’s L.I. wanted to release a record. Kia Shine invested his own money and poured himself into his brother’s project from start to finish. Later that year the group dropped their album on a local label called Diamond Cut, which was distributed by Select-O-Hits through a deal procured by Kia Shine. Although the record wasn’t a huge hit locally, it opened many doors for Kia Shine. As luck would have it, a Universal Motown executive was in town trying to sign a local artist and bumped into the budding producer. Impressed with Kia Shine’s business savvy and entrepreneurship the executive urged him to come to New York and play some music for him.

“At that time I was working on [L.I.’s] third album,” recalls Kia Shine. “So I went up to New York to try and let him hear the music. He didn’t really like the music but he liked one of the beats. I sold him that beat and came back and signed every hot producer that I could find in the city. I even bought some equipment and started making beats myself.”

Kia Shine also teamed up with another burgeoning entrepreneur Jack Frost and formed Rap Hustlers Entertainment. Using buddy passes for Northwest Airlines Kia Shine would fly to New York and sell beats to high profile recording artists like Jersey Mone, Juvenile, 8 Ball and Ludacris. His work led to a production deal with Ruff Ryders and a publishing deal with Universal Music. He also went back to his independent roots in Memphis and signed some of the city’s biggest underground artists, including TVT recording artist Yo Gotti, La Chat, Kingpin Skinny Pimp, Criminal Mane and Gangster Blac. Through indie deals with Koch and various other joint ventures Rap hustlers managed to sell over 200,000 units, making them one of Memphis’ most successful independent labels, but things soon fell apart. “At one point my company was going through some hard times,” explains Kia Shine. “I lost a lotta money recording for various artists, but I never got paid for my work. All my artists left me and before I knew it I was broke. God says do it yourself so that’s what I did.”

Making the transition from producer to rapper was a natural progression for Kia Shine. In the past three years Kia Shine has featured on some of the South’s biggest underground hits like “TVs,” featuring 8 Ball and Kingpin Skinny Pimp “Dirty South Soldiers” featuring Lil Jon and “Round & Round” featuring Mike Jones. When he dropped the club banger “Respect My Fresh” the public was more than ready to receive their Kia Shine with open arms. They were even more receptive when he dropped “I Be Everywhere.” The song garnered over 5,000 Media Based spins. The buzz around Kia Shine piqued the interest of Universal Motown Records which promptly signed him to an unprecedented deal to release his debut CD Due Season.

Due Season contains a bevy of bass-laded, trunk-rattling beats, catchy hooks and extra fresh rhymes that makes the album a unique listening experience. The CD is filled with club friendly joint like the blazing “I Be Everywhere,” featuring Jim Jones, an ultra hyper song with a thunderous bass line and a dark gothic strings that play a haunting melody. “Respect My Fresh,” is a funky ditty about Kia Shine’s reputation for wearing the freshest gear including his own line of high end sneakers called Traffic Jams. Built around a bubbling bass line, an arresting guitar riff and a pounding 808 beat, “Respect My Fresh” is one of the flyiest jams on the album. He continues to flaunt his fresh on the slamming heaters “Krispy” and “Wow.” Replete with bangers like these, Due Season proves emphatically that Kia Shine’s time to shine is right now.