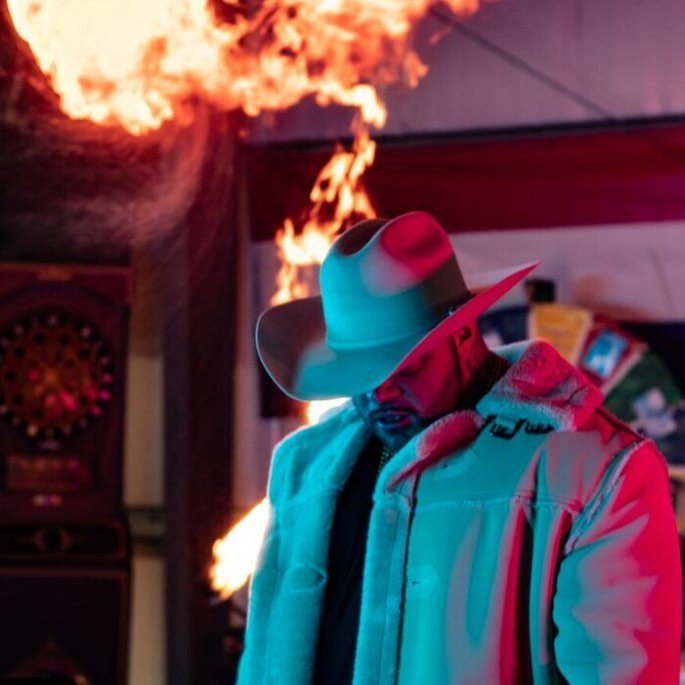 Porter Wagoner was known for a string of country hits in the ’60s, perennial appearances at the Grand Ole Opry in his trademark rhinestone suits, and for launching the career of Dolly Parton.

Like many older performers, his star had faded in recent years. But his death from lung cancer Sunday, at 80, came only after a remarkable late-career revival that won him a new generation of fans.

The Missouri-born Wagoner signed with RCA Records in 1955 and joined the Opry in 1957, “the greatest place in the world to have a career in country music,” he said in 1997. His showmanship, suits and pompadoured hair made him famous.

He had his own syndicated TV show, “The Porter Wagoner Show,” for 21 years, beginning in 1960. It was one of the first syndicated shows to come out of Nashville and set a pattern for many others.

“Some shows are mechanical, but ours was not polished and slick,” he said in 1982.

Among his hits, many of which he wrote or co-wrote, were “Carroll County Accident,” “A Satisfied Mind,” “Company’s Comin’,” “Skid Row Joe,” “Misery Loves Company” and “Green Green Grass of Home.”

The songs often told stories of tragedy or despair. In “Carroll County Accident,” a married man having an affair is killed in a car crash; “Skid Row Joe” deals with a once-famous singer who’s lost everything.

In 2002, he was elected to the Country Music Hall of Fame.

In May, after years without a recording contract, he signed with ANTI- records, an eclectic Los Angeles label best known for alt-rock acts like Tom Waits, Nick Cave and Neko Case.

Wagoner’s final album, “Wagonmaster,” was released in June and earned him some of the best reviews of his career. Over the summer, he was the opening act for the influential rock duo White Stripes at a sold-out show at New York’s Madison Square Garden.

“The young people I met backstage, some of them were 20 years old. They wanted to get my autograph and tell me they really liked me,” Porter said with tears in his eyes the day after the New York show. “If only they knew how that made me feel - like a new breath of fresh air.”

To many music fans, Wagoner was best known as the man who boosted Parton’s career. He had hired the 21-year-old singer as his duet partner in 1967, when she was just beginning to gain notice through songs such as “Dumb Blonde.”

They were the Country Music Association’s duo of the year in 1970 and 1971, recording hit duets including “The Last Thing on My Mind.”

Parton’s solo country records, such as her autobiographical “Coat of Many Colors,” also began climbing the charts in the early 1970s. She wrote the pop standard “I Will Always Love You” in 1973 after Wagoner suggested she shift from story songs to focus on love songs.

The two quit singing duets in 1974 and she went on to wide stardom with pop hits and movies such as “9 to 5,” whose theme song was also a hit for her.

Wagoner sued her for $3 million in assets, but they settled out of court in 1980. He said later they were always friendly, “but it’s a fact that when you’re involved with attorneys and companies that have them on retainer, it makes a different story.”

At a charity roast for Wagoner in 1995, she explained the breakup this way: “We split over creative differences. I was creative, and Porter was different.”

He said in a 1982 Associated Press interview that his show “was a training ground for her; she learned a great deal and I exposed her to very important people and the country music fans.”

She was present at the ceremony in May 2007 honoring Wagoner on his silver anniversary with the Opry. At the time, he called Parton “one of my best friends today.” She also visited him in the hospital as he battled cancer.

Wagoner, who had survived an abdominal aneurysm in 2006, was hospitalized again this month and his publicist disclosed he had lung cancer. He died at 8:25 p.m. CDT Sunday in a Nashville hospice, said Darlene Bieber, a spokeswoman for the Opry.

Country singer and Opry member Dierks Bentley visited Wagoner in the hospice over the weekend and said Wagoner led them in prayer, thanking God for his friends, his family and the Grand Ole Opry.

“The loss of Porter is a great loss for the Grand Ole Opry and for country music, and personally it is a great loss of a friend I was really just getting to know,” Bentley said. “I feel blessed for the time I had with him.”

Pete Fisher, vice president and general manager of the Opry, said the Opry family of musicians and performers was deeply saddened by the news. “His passion for the Opry and all of country music was truly immeasurable,” Fisher said.

Wagoner was born in West Plains, Mo., and became known as “The Thin Man From West Plains” because of his lanky frame. He recalled that he spent hours as a child pretending to be an Opry performer, using a tree stump as a stage.

He started in radio, then became a regular on the “Ozark Jubilee,” one of the first televised national country music shows. On the Opry since 1957, he joined Roy Acuff and other onetime idols.

At one point his wardrobe included more than 60 handmade rhinestone suits.

“Rhinestone suits are just beautiful under the lights,” he said. “They’ve become a big part of my career. I get more compliments on my outfits than any other entertainer - except for Liberace.”

While he continued with the Opry, and even had a small part in the 1982 movie “Honky Tonk Man” starring Clint Eastwood, his recording career dried up in the 1980s - until his return this year.