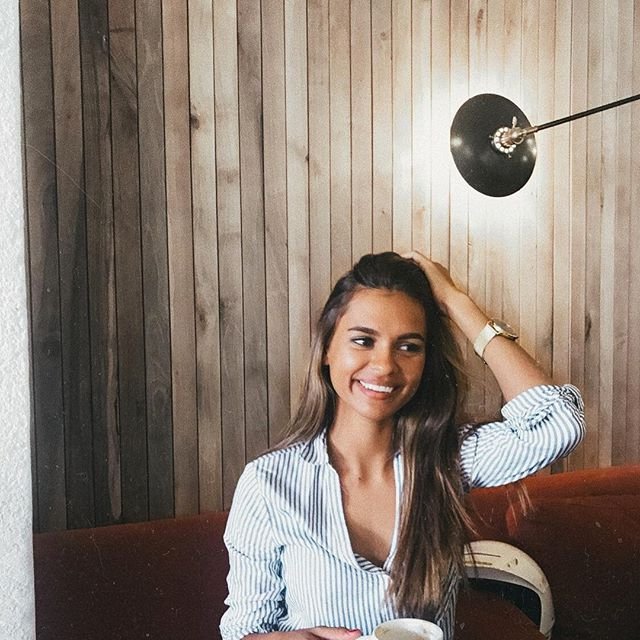 As soon as he’s set eyes on you, a man is ticking off his mental checklist and working out if he should be asking you out. And most of the time, us ladies don’t even know this is going on! While different men’s checklists will be slightly different, there does seem to be a few points that all men use. Here are the eight things he notices immediately...

One of the first things he’ll notice about you is if you are smiling, and if you are, whether it is a genuine smile. A relaxed, sexy smile is a real turn on, and most men will be able to tell the difference between this kind of laid back smile and a false, uptight smile. So, whatever is going on, smile. You never know who is watching!

If you are talking, he’ll be listening to how your voice sounds. Deep and sexy could be a temporary turn on, but guys are wired to know that a high, feminine voice (think Kirsten Bell and similar) is a sign of health and fertility. And while he might not be after kids yet, he’s still a result of evolution, and he can’t help it!

Men don’t notice our hair, right? Wrong. While he might not be great at noticing when you’ve had your hair cut, when he first saw you, he will have looked at it. Why? Biology is to blame..men notice how luscious and thick your hair is, and use this as an indicator as to how healthy you are. Interesting!

Men will notice your hip to waist ratio...they can’t help it. They aren’t half as critical as you would think, though. He’s only looking to see if your hips are a little bigger than your waist, which gives that hourglass figure that indicates fertility. Help it along with a wide belt!

Don’t think he won’t notice who you are with...he’ll use it to decide if he can talk to you. If you are with a large group, it could be hard for him to get your attention, and intimidating to walk over. But if you are with just one other, you are unlikely to leave them to talk to him. Three is ideal...the other two can talk, while you slip away!

He’ll also have a look at how fake you are. Do you have fake eyelashes, nails and hair extensions? To men, fake signifies high maintenance, and expense. And while it might draw his eye originally, he’s more than likely to walk away if he think you’ll be trouble...I might stick with my natural look!

Don’t think he won’t notice the efforts you put into your skin...he does pick up on your complexion. A radiant glow signifies good health, both physically and mentally. Stress and anxiety cause break outs and dull skin, and whether it’s natural or faked, a glow will definitely catch his eye.

The last thing he’ll notice? Your eyes. Eyes are mesmerising, and he’s sure to look at yours. Dress them up with sophisticated make up and a smile, and he’ll be getting lost in your eyes in no time...

So it would seem that just keeping yourself looking good is enough to keep him interested...and that men notice a lot more than I thought they would! It’s surprisingly easy, so there’s no excuses for getting it wrong! Have you noticed something else men check out? Please let me know!