As temperatures continue to fall and we prepare for the cold and brutal winter, we thought we'd help by raising the temperature just a wee bit. Here are 27 sizzling pictures of celebrities from the past two years enjoying the sun, sand and sea. Well sizzling for the most part anyway. Are we evil for making you long for warm sunny days? Probably :)

At the Victoria's Secret Fashion Show 2008.

...while she relaxes on a beach in Florida with a friend. 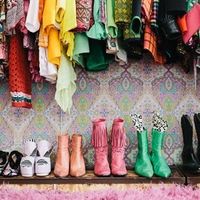 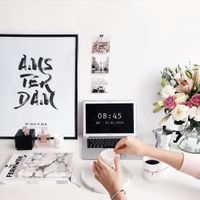 5 Tips for How to Get BackLinks to Your Website ...

Spending a relaxing romantic day at the beach with her boyfriend, actor Mikey Day.

Actress Kelly Brook and her boyfriend, rugby player Danny Cipriani, on their romantic island getaway in the Caribbean strolling on the beach hand-in-hand.

Actress Kelly Brook keeps cool by splashing around in the Caribbean waters.

Fergie (aka Stacy Ann Ferguson) on the beaches of Playa del Carmen.

The Gere family brought in the new year with some fun in the sun! Richard Gere,his wife Carey Lowell, and their 8 year old son, Homer James, cooled down from the blazing hot sun by diving into some waves. (hmmm maybe he should be wearing a cover-up)

While vacationing with boyfriend Gregorio Marsiaj and some friends.

Supermodel Miranda Kerr looks sexy while on a photo shoot for "Victoria's Secret" in St. Barts.

Ashton Kutcher and Katherine Heigl had a ball while filming a scene for their new film, "Five Killers," at the Eden Rock Hotel in St. Barts. Demi Moore was present on set. Perhaps she didn't want to leave Ashton unaccompanied around all those bikini-clad women?

Actress Lindsay Lohan spent her New Year's Eve afternoon on the beach in Miami with friends.

Lindsay and Samantha on their vacation on the beach in Mexico.

Working out at Ipanema/Leblon Beach.

Star AnnaLynne McCord out in the South Beach sun.

Hayden Panettiere celebrated her 19th birthday a few days late. (Actual birthday was August 21) Hayden put on an itty bitty gold bikini and donned a purple party hat while hanging out with some female friends. The gals eventually took a dip in the pool and brought Hayden's dog (a chocolate lab) along to cool off. The pup didn't seem too happy about it!

Prince Carl Philip of Sweden snorkeled with some friends before meeting up with Princess Madeleine and her boyfriend Jonas Bergstrom.

Tara Reid sports a lime green bikini while having fun in the sun with her friends in Miami.

Vacationing in the Caribbean.

Before laying in the Miami sun.

American Idol's Ryan Seacrest and Simon Cowell spent New Year's Day racing jet skis in the Caribbean. Ryan won the race by quite a stretch. Before jumping on their jet skis, the two walk shirtless on the beach.

Russell Simmons enjoys a day at the beach with his daughters.

Singer Britney Spears lounges in the sun on a day off from her "Circus" tour.
Most of them looked rather ravishing in their beach wear don't you think? All the women in their itsy bitsy bikinis and (almost) all the men with their washboard abs. That picture of Hugh Jackman makes my heart skip a beat. And Obama has to be the hottest president ever EVER! I don't get why Shauna Sand has stripper heels on in a beach though. Who were your favorites and umm....not so favorites?

fashion
7 Wonderful Reasons to Love Wearing Second-Hand Clothes ...
health
7 Steps to Getting a Leaner Body This Summer ...
celebs
7 Best Dressed Couples at the Oscars ...
food
Colorful cocktails for a party
money
5 Tips for How to Get BackLinks to Your Website ...

Why dont women like beer ...
What do you put on bagels ...
What vitamins are in oranges ...
He tells his friends about me ...
Why is it important to take a chance essay ...
How to get ready for your man ...
Is ice food ...
Which vegetable is bitter in taste ...
What to cook on grill for dinner ...
Why does he always tease me ...