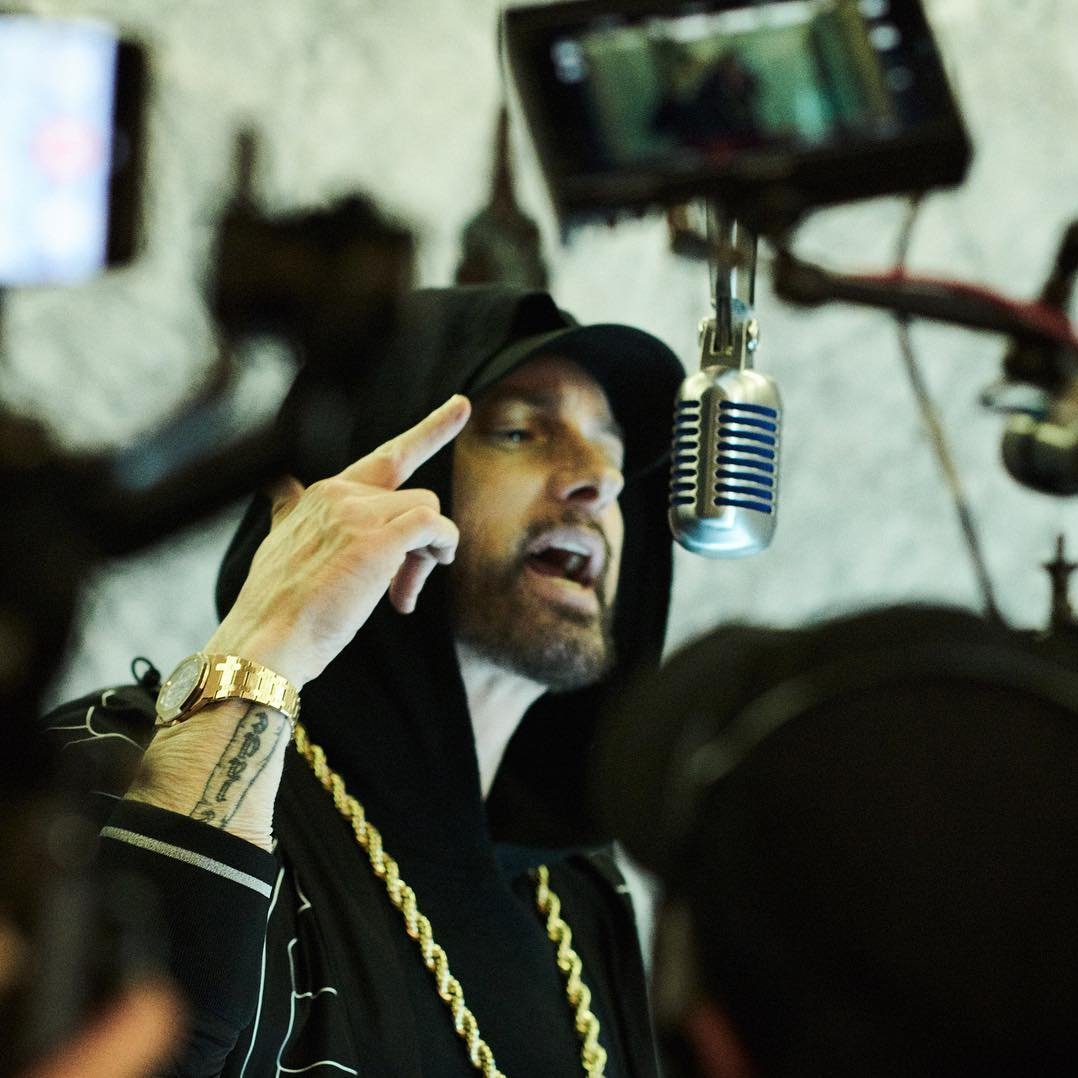 I am a ginormous Eminem fan, and have been since before Infinity came out. I know that's a controversial statement, because he's a controversial artist, but that's one of the things I love most about him, along with the intensity and depth of his evolution. I consider him just as much a writer as a rapper, and find brilliance and sharp cleverness in so many of his songs. When I was younger, his more comedic songs were my favorites, but since we've both gotten older (like we're friends, you know – but I did used to shop at the infamous mall where he got in so much trouble!), those tastes have evolved. These are 10 of my most favorite Eminem spits now – some of them are pretty graphic, but then, it's Marshall.

Both the song and the video came out when I still lived in Detroit, and the people there went wild – with good reason. Although the video is a testament to what is both beautiful and tragic about Detroit, the song itself is an anthem. Let's forget the curse words for just a second. “Don't let 'em say you ain't beautiful; they can all get f***ed, just stay true to you.” Forgetting the language, how powerful is that? This song comes from the Relapse album, the first one, and that quickly become one of my top favorites.

Although I am an old school Eminem fan to the heart, I am crazy about his new stuff, and the entire Recovery album is a testament to that. Not surprisingly, “Not Afraid” is one of my favorite songs on this album. Raw power mixes with vulnerability, to the point where both the song and the video gives me chills.

3 Love the Way You Lie

I heard this song early before the album was officially released and promptly fell in love. This, too, is so powerful, and speaks of so many dysfunctions. The video is a perfect foil for it, and I think Rihanna's participation is hugely powerful. I love the rhythms of this song, and Eminem's wording, i.e., “Now you get to watch her leave out the window / guess that's why they call it window pane.” And the video is just … man oh man. It nearly made me not mind Megan Fox – nearly.

This song is hugely disturbing, as is the video – which is why I love them both. The primary reason I'm a fan of this song is because I love Eminem's allusions to Hannibal Lecter. They're prevalent on the Relapse album, and they're popping up in more of his songs in general. Knowing how I feel about the good doctor, you can probably understand my adoration here. Plus, while disturbing, the video meshes with the lyrics so well, and there's something incredibly artistic about it.

Now, as I mentioned, I am still a fan of Eminem's parody songs; I still love all the originals, such as “The Real Slim Shady.” But this is probably my favorite, for any number of reasons. I know it's gotten hugely controversial since Michael Jackson's passing, but I can't help it, I still like it. I like the beat, the spit, the rhythms, and the imagery Eminem brings forth with his lyrics.

The star of the 8 Mile soundtrack, “Lose Yourself” is just incredible. That opening always gives me shivers, no matter how many times I hear it – so I'm also a huge fan of the Chrysler commercial that premiered during the Super Bowl. I love the side of Eminem's beginnings that it reveals, the way he gets that nervousness and excitement that I think anyone passionate feels when they have to do something they love in front of an audience.

This song makes me so sad. The sampling of “Toy Soldiers” is really a perfect backdrop to this song, which is an ode to Eminem's fallen best friend Proof. It's one of many homages to the young man and his tragic death, but this one dramatizes what actually happened behind the scenes, and how things escalated. Once again, I love the way it mixes raw power with abject vulnerability.

This song doesn't yet have a video, though it's in the works. And it doesn't matter, because the lyrics themselves are wonderful enough. I love the chorus, but more than anything I love every single bit of verse work. This is Eminem's specialized brand of dangerous love, but with lines like, “You take my breath away, you're a supernova,” I don't care because I lose my breath too.

Maybe it's because I'm from West Virginia and have actually been forced to square dance, but this song makes me laugh. A lot. It's another one of Eminem's irreverent, funny songs that just lifts my mood and makes me giggle – and I love to laugh nearly as much as I love to get the shivers.

And then there's this one! This speaks both to my country roots and my close familiarity with Warren, where Eminem did, I'm sure, frequent more than his fair share of White Trash Parties. I know this because my neighbor used to have them every weekend. This one, too, just tickles my funny bone – and it's so true. Don't believe me? Girl, you better ax somebody, then!

And there you have it! There are, of course, other songs I love, but I also tried to keep it not too vulgar. I know a lot of people aren't Eminem fans, but maybe some of these will at least make you think. For my fellow fans, what are your favorite raps?