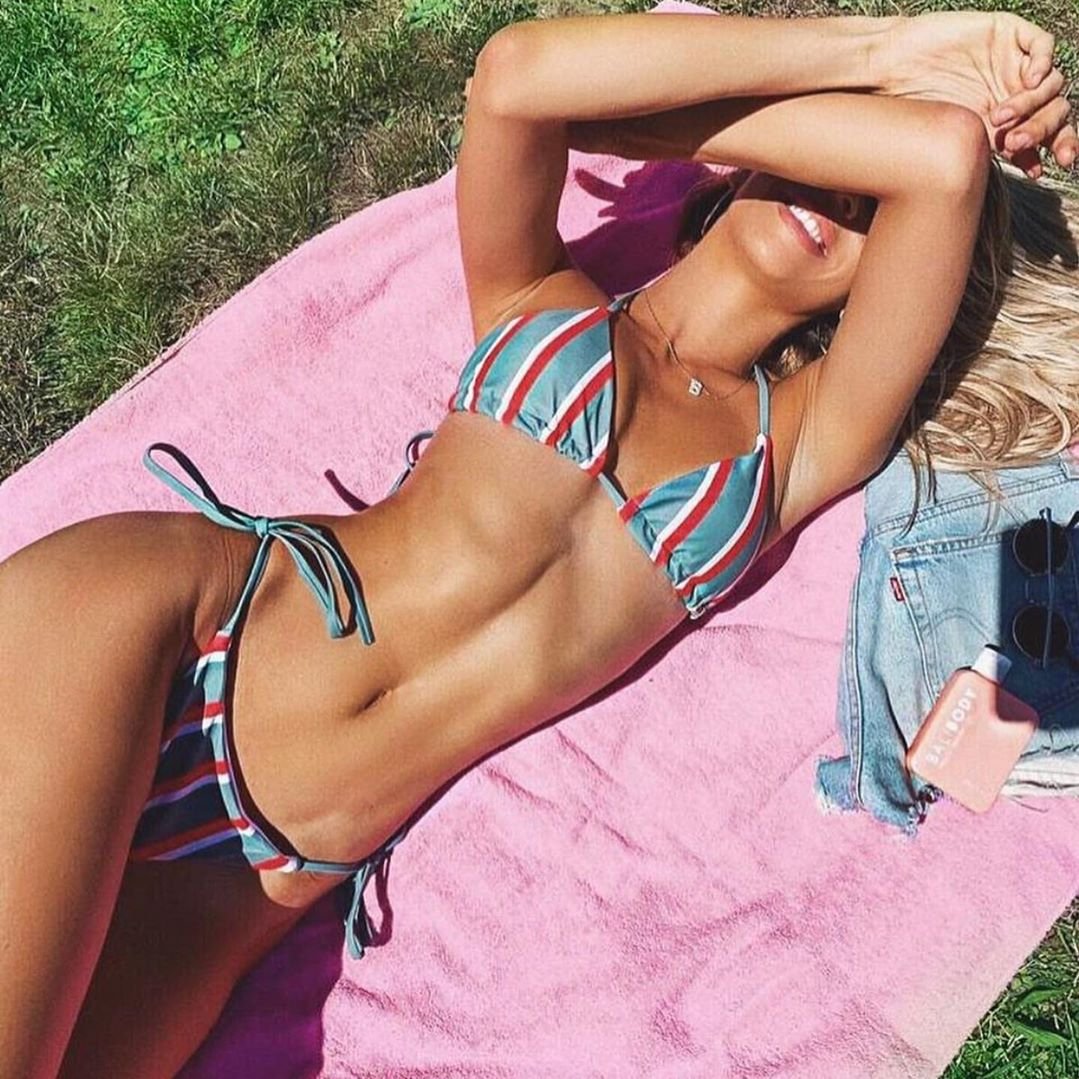 • 1. Myth: Calories eaten after 8PM turn to fat.
• Fact: This is an urban legend that is no more true than the notion that alligators are roaming the sewers of New York City, says Liz Neporent, trainer and author of ‘The Fat-Free Truth.’ The fact of the matter is if you eat more calories than your body burns in a day, the excess calories will be stored as fat. Whether you consume them during ‘Good Morning America’ or ‘Letterman’ doesn’t matter; there is no intrinsic connection between calories and the clock.
• 2. Myth: To jump-start your diet, you should fast.
• Fact: Not so fast! Skipping meals for extended periods of time is actually the best way to sabotage a diet. Though fasting may temporarily help you lose weight, it’s predominantly water weight, says Dawn Jackson Blatner, RD, of the Northwestern Memorial Wellness Institute. Fasting is not recommended because not eating for extended periods can cause fatigue and dizziness. Ultimately, fasting usually accomplishes two things, says Blatner. “It makes you hungry and leaves you feeling deprived.” Once you become over-hungry, all common sense is lost, and you’re bound to make high-calorie, high-fat choices in that state of mind. Furthermore, feeling deprived tends to lead to binging when you do eat again. So, in fact, the more you don’t eat, the more likely you are to overeat in the end.
• 3. Myth: Low-carb (high protein) diets are the most effective route to weight loss.
• Fact: Before you ban bread altogether, consider this: Although preliminary research suggests that obese people can lose more weight on a low-carb diet than on a conventional low-fat diet, the benefits appear to be small and may be short-lived, says Neporent. One yearlong study comparing low-carb dieters to low-fat dieters found that low-carbers began regaining the weight they lost after six months. By the end of the year, they were no better off than the low-fat group. What’s more, the dropout rate among both groups was extremely high. It really is about the calories and striking a balance between what you consume and what you burn. To do that for the long haul, you have to choose a diet that is sustainable. And permanently cutting out entire food groups (especially ones that include tasty, crusty bread) doesn’t qualify.
• 4. Myth: Eating white foods is bad for you.
• Fact: Don’t judge a food by its color. Some of the best foods for you are actually white, says Cynthia Sass, RD, spokesperson for the American Dietetic Association. The color of a food has nothing to do with its nutritional value and it’s not always an indication of how processed the food is either, she says. Think bananas, pears and garlic, all of which pack a nutritional punch and are also naturally white. Instead of focusing on the color of the food, you need to consider what else it delivers in deciding whether to eat it. Find out what nutrients and vitamins it has. And look at the list of ingredients to determine how highly processed it is. Even a processed food, such as cake mix, doesn’t have to be a diet wrecker as long as you eat it in moderation.
• 5. Myth: Drinking lots of water will help you lose weight.
• Fact: If your daily drinking habits consist of sweetened teas, juice drinks and sodas, then replacing them with water can result in consuming fewer calories, which can lead to weight loss. But simply upping your water intake will not, unfortunately, help you shed pounds, says Sass. Though drinking water may make your belly temporarily feel fuller, you have to remember that hunger is not simply a function of your stomach — your body is crying out for nutrients in food, so filling up on water won’t satisfy you for long. Of course staying hydrated is important for maintaining your overall energy and body functioning, but contrary to popular belief, drinking it in excess won’t boost your metabolism or flush away fat.

• 6. Myth: When you’re on a diet, drinking juice is a no-no.
• Fact: Juice gets such a bad rap these days, but the truth is, juice isn’t inherently bad for you, provided you’re actually drinking juice — not a juice drink. Juice drinks are loaded with added sugar and preservatives. So check the label to be sure you’re only reaching for 100 percent juice. The caveat? Because juice is much more concentrated than fruit, you need much less of it. Limit yourself to 4-ounce servings of juice, Sass says. Of course, whenever possible, you should choose whole fruit over juice, because fruit contains fiber, which fills you up, and is left behind when you extract the juice.
• 7. Myth: All sugar is bad for you.
• Fact: When it comes to the sweet stuff, not all sugar is created equal. Food labels don’t distinguish between added sugar and sugar that was naturally in the food to begin with, says Sass. For example, most dieters wouldn’t consider eating canned fruit because of the grams of sugar listed on the label. However, if it’s packaged in its own juice, then you’re just eating the sugar that was already in the fruit. Lots of good-for-you foods naturally have sugar in them, such as low-fat milk, says Sass. Instead of looking at the grams of sugar on the nutrition label, read the ingredient list. Foods containing items like high fructose corn syrup should be kept to a minimum.
• 8. Myth: Exercising on an empty stomach burns more fat.
• Fact: If only it were that easy. The real deal? When you do aerobic exercise, your body is burning fat as well as carbohydrate stores from food you’ve recently eaten, says Sass. So if you skip your pre-workout meal or snack, you won’t have carb stores to burn. But that doesn’t mean you’ll burn all fat (a physiological impossibility). Instead, your body starts to burn its own muscle for fuel. And less muscle means lower metabolism — not the goal of any dieter. Not to mention that exercising on empty means you’ll probably be too tired to go all out, which translates into burning fewer calories during your workout than if you had properly fueled up beforehand. Ideally, you should have a meal three or four hours before a workout, or a snack one to two hours before exercising.
• 9. Myth: Drinking liquid meal replacements will help shrink your stomach.
• Fact: No way … Liquid diets are strictly for babies! Any shrinking that happens from a liquid diet is likely to be in your imagination — not in your stomach, says Blatner. Why? “Your stomach is a muscular organ that will stretch temporarily when you eat, and then return back to its normal size.” There is nothing you can do to shrink your stomach, she says. As you diet, over time you may get used to eating less, but that’s not because your stomach has actually shrunk.
• 10. Myth: Eating grapefruit will help you burn fat.
• Fact: That eating grapefruits will help you lose weight is one of the most persistent among diet myths — and just when you think it’s gone, it resurfaces and becomes all the rage again every few years. “It’s ridiculous,” says Neporent. “There is no food that has intrinsic “fat-burning enzymes” that magically melt fat from your body. There was one study that demonstrated the effectiveness of this diet, notes Neporent. However, it was small, isolated, and there is some question as to whether the citrus industry sponsored the research. If you want to eat grapefruit as part of a well-rounded diet, go for it. They’re rich in lycopene — an antioxidant that protects against heart disease and breast cancer, says Keecha Harris, DrPH, RD, and spokesperson for the American Dietetic Association. Incorporate it and other ly
• copene-rich foods such as tomatoes and watermelon into your diet each day, she says.
source